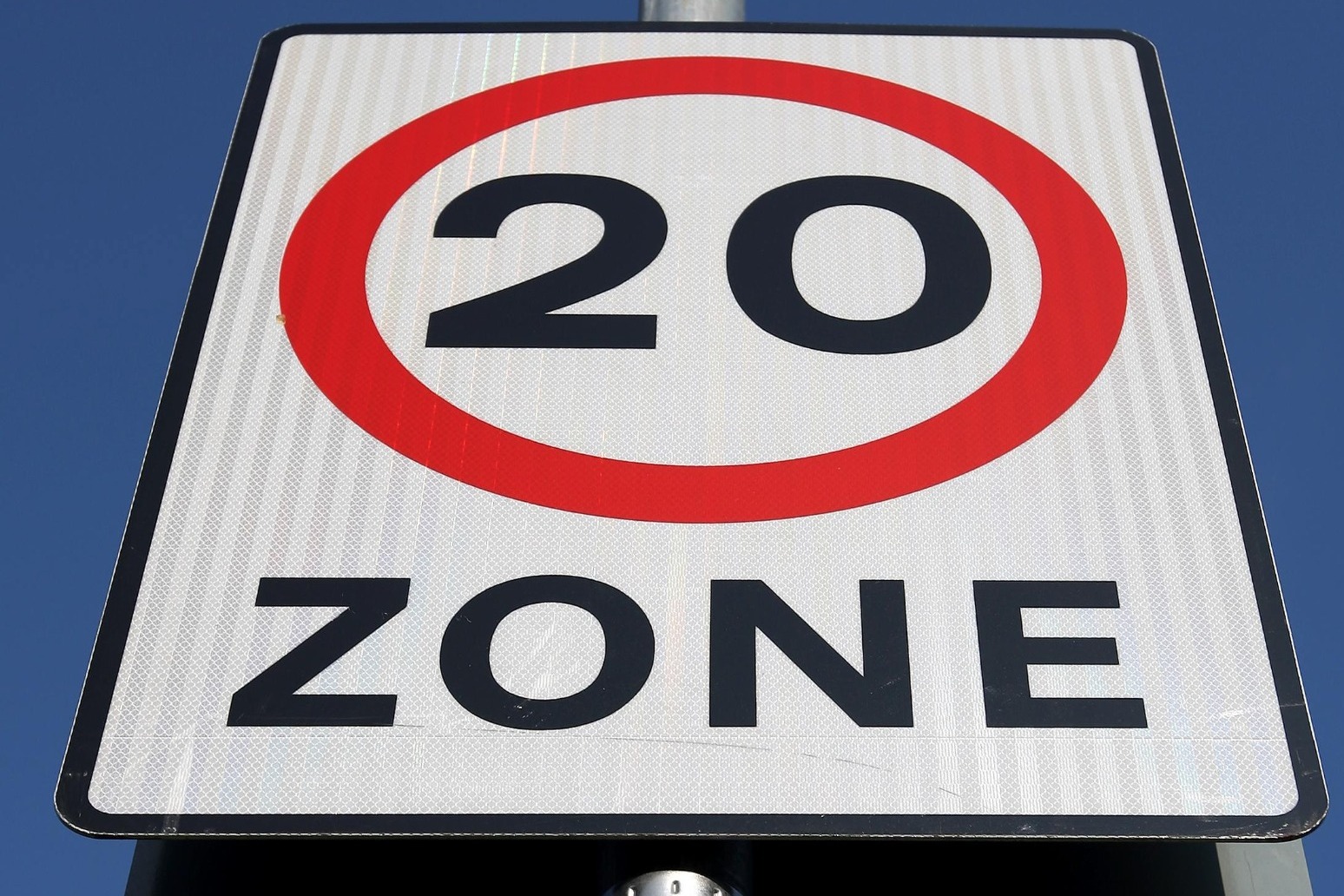 Researchers analysed data from before and after the limit was introduced on 76 roads in central Belfast in 2016.

The study found “little impact on long-term outcomes” in the city.

Comparisons with streets in the surrounding area and elsewhere in Northern Ireland that retained their 30pmh or 40pmh limit showed there were “no statistically significant differences” in terms of the number of crashes, casualty rates or average traffic speed.

Roads with a 20mph limit did experience a reduction in traffic, according to the report published online in the Journal of Epidemiology and Community Health.

The authors of the report, who include Professor Ruth Hunter of Queen’s University Belfast and Dr Ruth Jepson of the University of Edinburgh, noted that their research was smaller in scale than some other studies on the topic.

The report said that 20mph limits could be combined with other measures such as driver training, CCTV and police communications to “facilitate an ambitious culture change that shifts populations away from the car-dominant paradigm”.

It added that reducing speed limits is “not simply a road-safety intervention” but can be “part of the fundamental reset of the way we choose our life priorities – people before cars”.

Schemes to cut speed limits to 20mph have become increasingly popular in the UK and other parts of Europe in recent years as part of effort to reduce crashes and injuries.

The Welsh Government has committed to lowering speed limits to 20mph on all roads in the country where cars mix with pedestrians and cyclists.

RAC road safety spokesman Simon Williams said: “The findings of this study are surprising as they appear to suggest that drivers on 20mph roads in Belfast hardly slowed down at all, despite the lower speed limit, which is at odds with other reports.

“It seems there is a serious problem with compliance as we would expect that even without enforcement, average speeds would drop.

“Consequently, the study may demonstrate a need for councils to find other ways to get drivers to slow down, whether that’s through enforcement or modifying road design with traffic islands, well-designed speed humps or chicanes.”

She went on: “It is a matter of physics. At speeds of 20mph or less, drivers have significantly more chance to spot hazards and stop in time.

“The difference between a 20mph limit and a 30mph limit is a doubled stopping distance.”