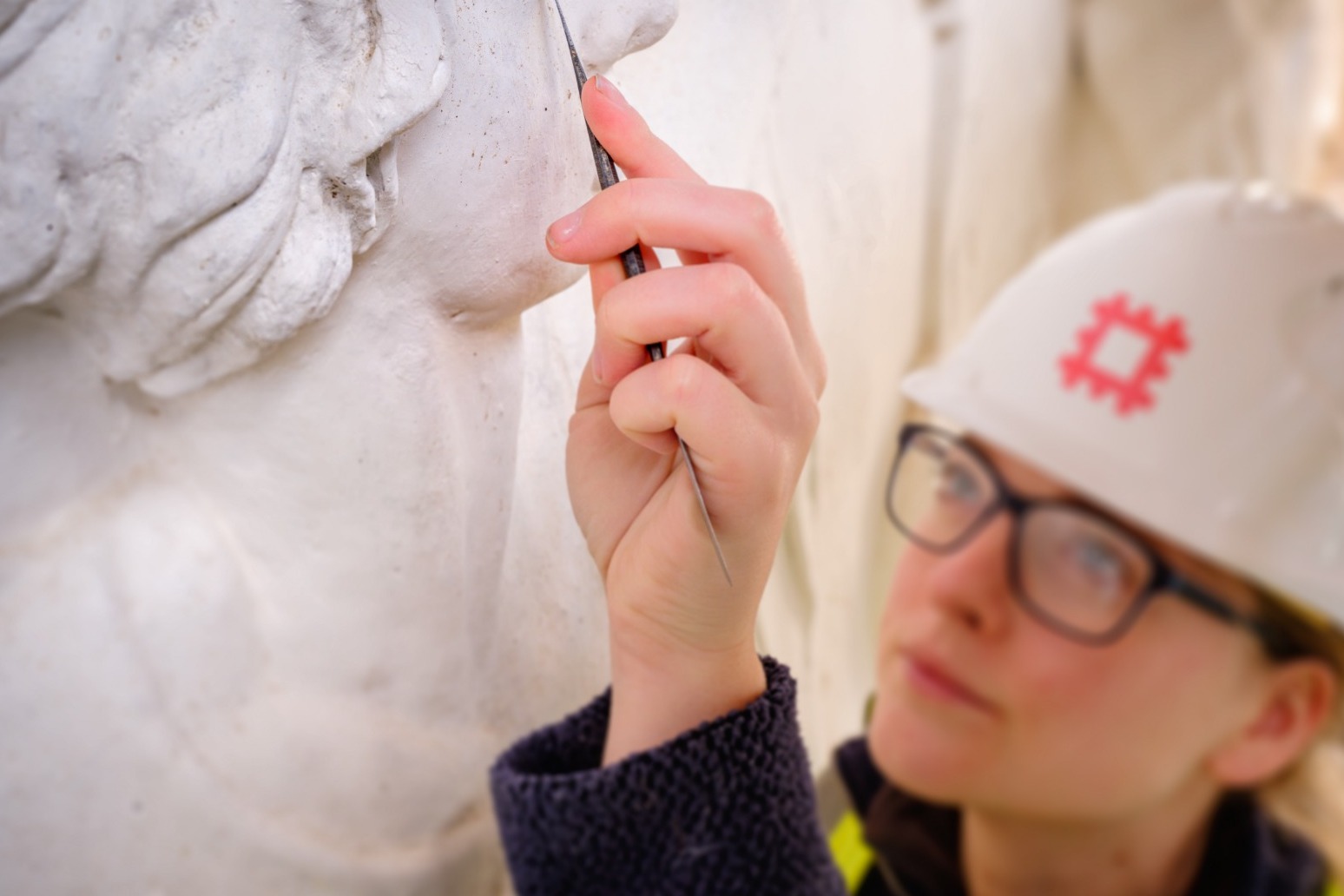 English Heritage has completed a seven-month conservation project at Hardwick Old Hall in Derbyshire to protect its 400-year-old plaster friezes for future generations.

Described as one of most innovative houses of the Elizabethan era, the property was the home of Bess of Hardwick, one of the richest and most influential women of the time.

The Old Hall which was built between 1587 and 1596 but for two centuries has remained a roofless ruin, situated next to its sister New Hall on the same site.

Using a range of specialist skills, experts stabilised and preserved its original friezes, which depict plants, animals and allegorical scenes that would have been originally painted.

One features the giants Gog and Magog from the story of Brutus, a legendary founder of Britain.

The panels provided prototypes for features later incorporated into the New Hall, a property Bess began building immediately next door while the Old Hall was still unfinished.

The two were intended to complement each other.

Although the Old Hall has been open to the elements, many of the original plaster overmantels are still in place.

The team has also completely reinstated the render on the west wall, which faces out across the valley and is more exposed to weather damage.

The old render was analysed so the new mix matches what was there historically and has been traditionally applied.

Jeremy Ashbee, English Heritage’s head properties curator, said: “Rising from a modest background to become one of the richest women of her time, and certainly the most famous woman after Queen Elizabeth I, Bess of Hardwick was also a tireless and ambitious builder, whose houses symbolised her rise to wealth and power.

“The remaining plaster panels at Hardwick Old Hall provide the sole remaining interior decor of the property and are so are pivotal in understanding the grandeur of the interior and the tastes of Bess herself.

“Our experts, over the course of seven months, have painstakingly conserved these important historic interiors and exteriors, which are completely exposed to the elements, to save them for future generations.”