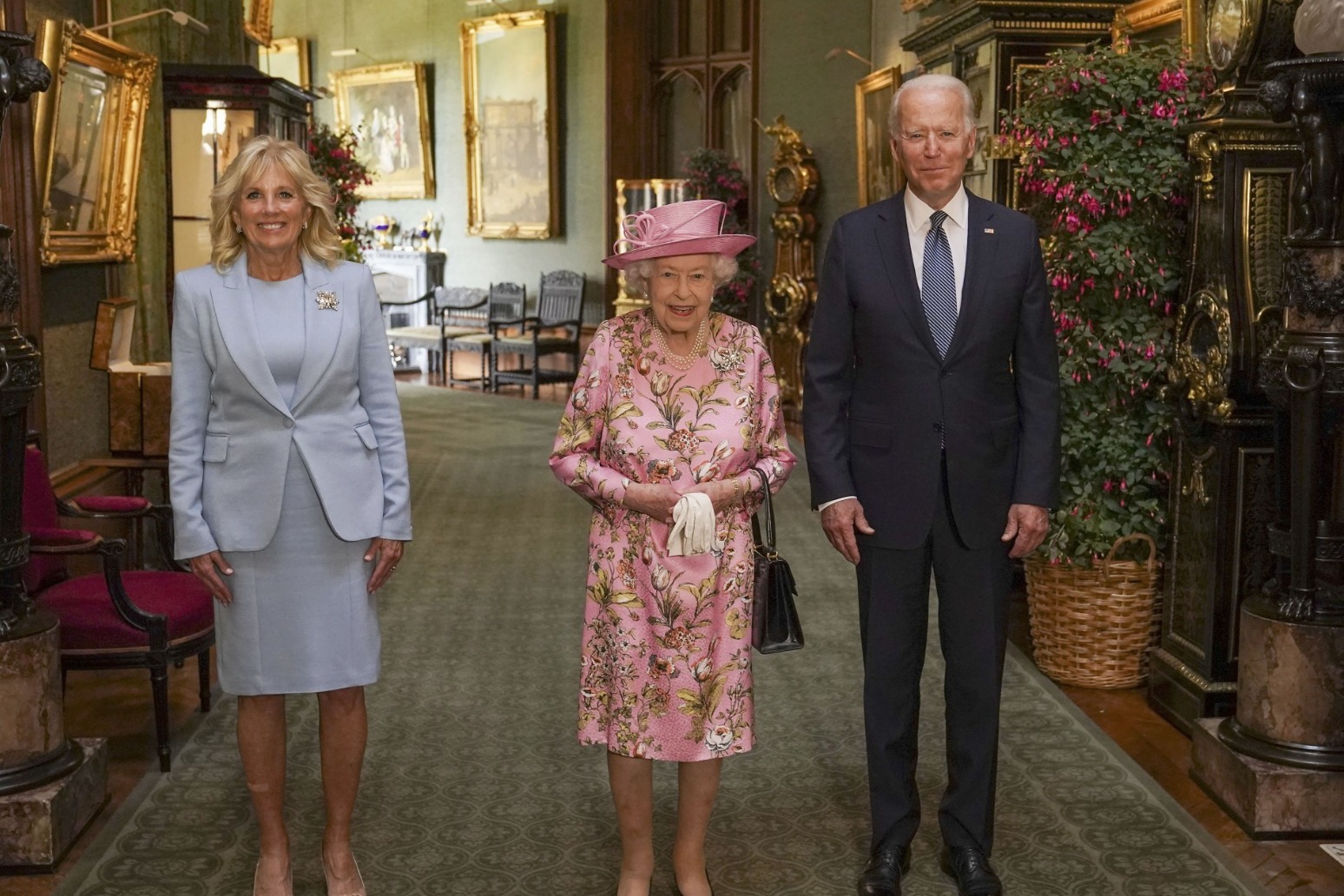 World leaders have voiced their “profound regret” following the death of the Queen, remembering the monarch as “a beacon of calm and stability” spanning her record-breaking reign.

Tributes to the Queen have poured in after she died at Balmoral on Thursday, describing her as “kind-hearted” and with a “wisdom, compassion, and warmth” to be cherished.

US president Joe Biden and his wife Jill said in a statement that “Queen Elizabeth II was a stateswoman of unmatched dignity and constancy” who “helped make our relationship special”.

A White House statement said: “In a world of constant change, she was a steadying presence and a source of comfort and pride for generations of Britons, including many who have never known their country without her.

“An enduring admiration for Queen Elizabeth II united people across the Commonwealth. The seven decades of her history-making reign bore witness to an age of unprecedented human advancement and the forward march of human dignity.

“She was the first British monarch to whom people all around the world could feel a personal and immediate connection – whether they heard her on the radio as a young princess speaking to the children of the United Kingdom, or gathered around their televisions for her coronation, or watched her final Christmas speech or her platinum jubilee on their phones.

“And she, in turn, dedicated her whole life to their service.”

French president Emmaunel Macron described her as “a friend of France” in his tribute on Twitter.

He wrote: “Her Majesty Queen Elizabeth II embodied the British nation’s continuity and unity for over 70 years.

“I remember her as a friend of France, a kind-hearted queen who has left a lasting impression on her country and her century.”

Canada’s Prime Minister Justin Trudeau described the Queen as “a constant presence in our lives”.

“Her service to Canadians will forever remain an important part of our country’s history,” he wrote.

“As we look back at her life and her reign that spanned so many decades, Canadians will always remember and cherish Her Majesty’s wisdom, compassion, and warmth. Our thoughts are with the members of the Royal Family during this most difficult time.”

The Prime Minister of India, Narendra Modi, wrote on Twitter: “Her Majesty Queen Elizabeth II will be remembered as a stalwart of our times.

“She provided inspiring leadership to her nation and people. She personified dignity and decency in public life. Pained by her demise.

“My thoughts are with her family and people of UK in this sad hour.”

The President of the Irish Republic, Michael D Higgins, issued a statement voicing his “profound regret and a deep personal sadness” at the Queen’s death.

“Her Majesty served the British people with exceptional dignity. Her personal commitment to her role and extraordinary sense of duty were the hallmarks of her period as Queen, which will hold a unique place in British history,” Mr Higgins said.

“During her especially long reign, she was a beacon of calm and stability for her country and the world, even at moments of the greatest historical upheaval… Today our thoughts are first and foremost with her children and grandchildren.”

Prime Minister of Finland Sanna Marin sent her “deepest condolences the Royal Family, people of the United Kingdom and the Commonwealth”, while President of the United Arab Emirates Sheikh Mohamed bin Zayed called the Queen “a close friend”.

“I extend my sincere condolences to the family of Queen Elizabeth II and the people of the UK,” he tweeted.

“Her Majesty was a close friend of the UAE and a beloved & respected leader whose long reign was characterised by dignity, compassion & a tireless commitment to serving her country.”