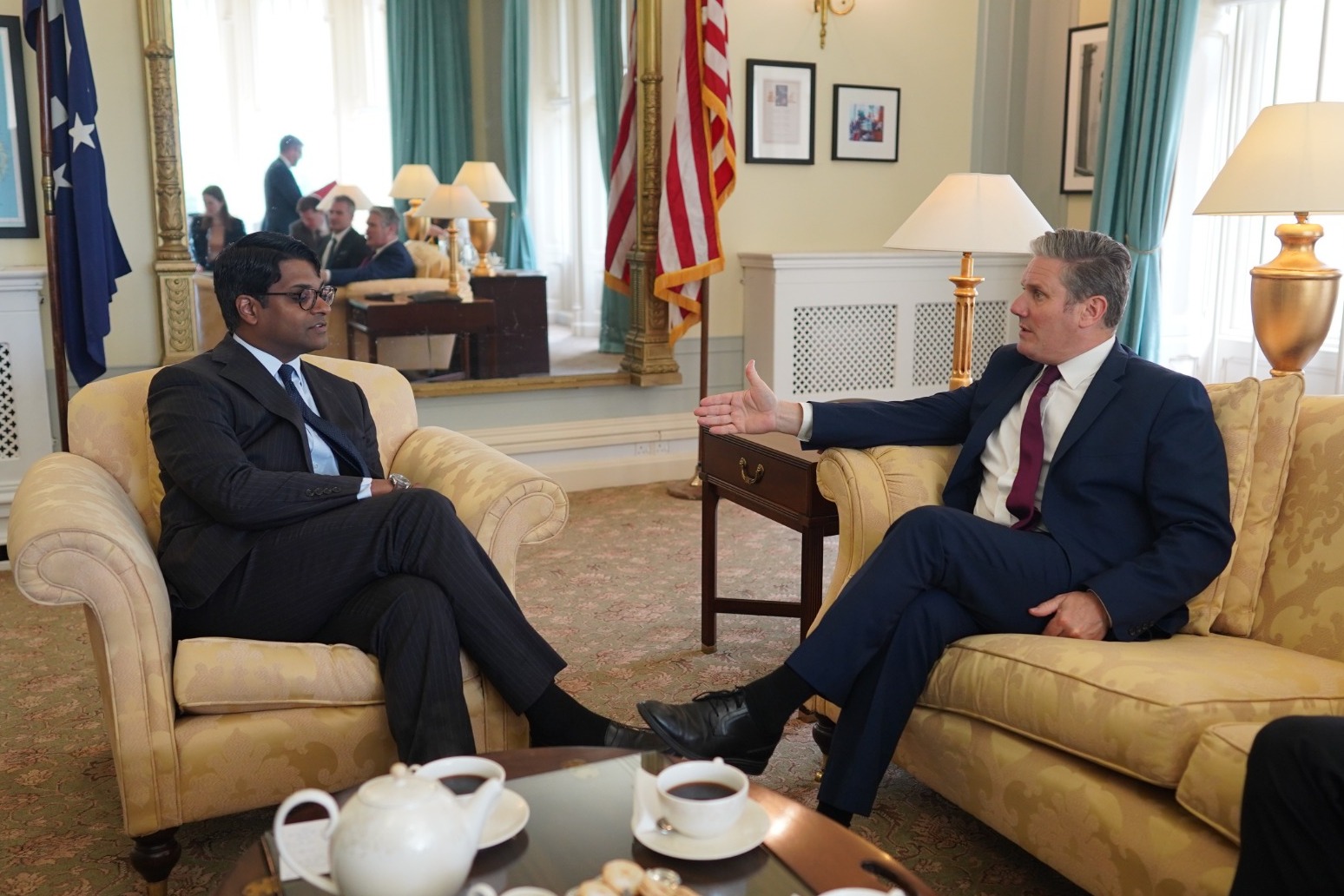 The Labour leader made the pledge on a visit to Belfast where he met with political leaders.

His trip to the island of Ireland, which also involved meetings with Irish government ministers in Dublin, came amid the deepening row over the post-Brexit Irish Sea trading arrangements.

The Government has confirmed it will table legislation at Westminster on Monday that will give ministers powers to scrap parts of the protocol.

The protocol was jointly agreed by the UK and EU as part of the Withdrawal Agreement to keep the Irish land border free-flowing.

The arrangements instead require regulatory checks and customs declarations on goods moving between Great Britain and Northern Ireland.

Unionists in Northern Ireland are vociferously opposed to the protocol, claiming it has undermined the region’s place within the United Kingdom.

The DUP has blocked the formation of a new power-sharing government at Stormont following last month’s Assembly election in protest at the protocol.

The Bill due to come before Parliament next week will see the Government move without the consent of the EU to change the terms of the international treaty in a bid to reduce the checks on the movement of goods across the Irish Sea.

The EU has made clear that such a step would represent a breach of international law and could prompt retaliatory action from the bloc.

Sir Keir said the focus should be on achieving a negotiated settlement with the EU to resolve issues with the protocol’s implementation.

“We would scrap the legislation and I think there has been an impasse in the negotiations because we haven’t seen the high levels of trust that we need for negotiations like this, not least from our prime minister,” he told reporters in Belfast.

“But also we need give and take on both sides. The EU, as well as the UK, to give and take, to be flexible about the approach.

“I do not think that the remaining issues of the protocol cannot be resolved with a different approach, with that high level of trust, with an honest broker prime minister getting people around the table and negotiating what needs to be negotiated.”

Sir Keir confirmed his party will vote against the legislation at Westminster.

“We think it is the wrong approach,” he said.

“I’m not pretending there aren’t issues and challenges with the protocol, of course there are.

“We have been listening to the political parties here, to communities, to business groups. I think those challenges can be overcome around the negotiating table with statecraft, with high levels of trust.

“It is that high level of trust that is missing with this Prime Minister and I think he is making a mistake by going down the route of legislation which will breach international law and, actually, I think, be an impediment to the negotiations that, in the end, are going to resolve these difficult issues.”

After their meeting, Mrs Long said reform of the Stormont institutions was necessary to prevent single parties such as the DUP from being able to block the formation of a devolved executive.

“The issues with the protocol really do not justify the egregious breach of international law and international trust that the Government are now embarking on via legislation basically at the behest of the DUP,” she said.

“It’s actually quite refreshing to see have Keir here, in Dublin yesterday and Stormont today, actually having a grown-up in leadership in London engaging properly with political parties here and with the Irish government,” he said.

“It’s what’s been missing, frankly, from this British government over the past number of years. What we’ve seen from Boris Johnson has been unilateral action on legacy (laws related to the Troubles).

On Thursday evening, Sinn Fein vice president Michelle O’Neill warned the UK Government against unilateral moves to override the protocol during an address to party members in Belfast.

“Boris Johnson knows that to gamble the protocol is to breach international law and to jeopardise the British Government’s agreement with the EU on their withdrawal and future trading relationship, with colossal political and economic impact,” she said.

“The threat of unilateral action by the Tories to legislate and breach international law serves nobody’s interests, anywhere, at any time.”

At the same time, DUP leader Sir Jeffrey was addressing a party meeting in Kilkeel, Co Down, where he said there is a “unity of purpose within unionism in relation to the Northern Ireland Protocol”.

He added: “Even opinion polls show that the vast majority of unionists support our stance that the protocol must be resolved before devolution can be restored.”

On Friday, Sir Keir also had a scheduled meeting with US consul general Paul Narain in Belfast.

Accompanied by shadow Northern Ireland secretary Peter Kyle, he also went on a walkabout in Belfast’s regenerated docklands area to view changes in the city since the Good Friday Agreement.

Sir Keir worked in Belfast when he was a human rights adviser to the Northern Ireland Policing Board between 2003 and 2007.