Ads for pubs and nightclubs banned for encouraging excessive drinking 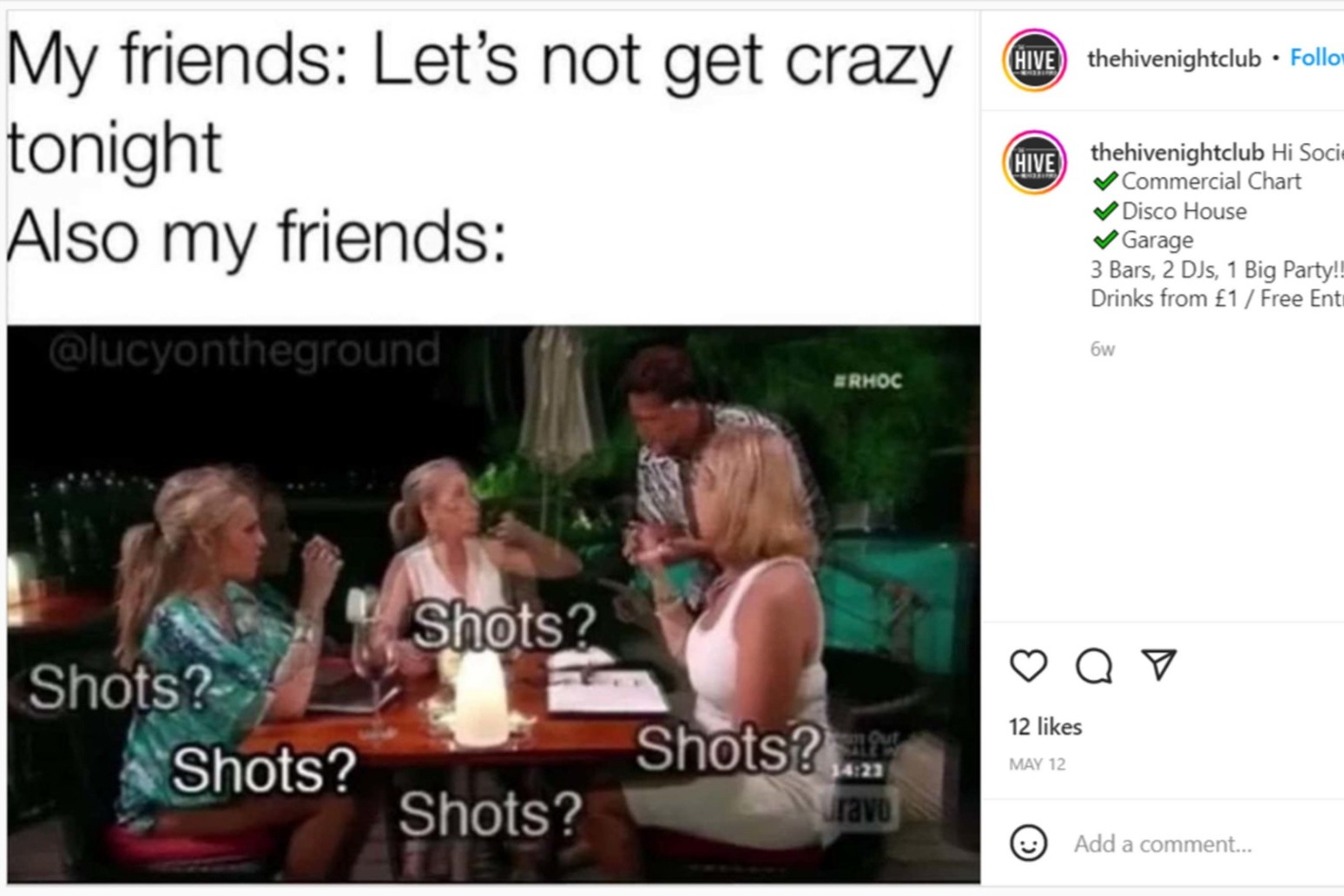 City Clubs (Edinburgh), trading as The Hive, said they accepted that the posts were not socially responsible and had removed them.

The Advertising Standards Authority (ASA) has banned three Instagram posts and a Facebook post for The Hive, a nightclub in Edinburgh, which included text such as: “Not only do I dance like nobody is watching, I also drink as if I don’t work in the morning,” and “Drinks from £1.”

The ASA noted that all the posts included a caption that gave the prices of drinks alongside details about events that were being held at The Hive.

It said: “We acknowledged that the ads were intended to be light-hearted. However, we considered they nonetheless condoned and encouraged excessive drinking and therefore were socially irresponsible and breached the Code.”

The ASA banned a TikTok post for Lulu, another nightclub in Edinburgh, which featured clips of women holding drinks, having drinks poured from bottles of spirits into their mouths, and dancing while in a nightclub.

Two further posts on the Instagram account of cocktail bar The Spiritualist in Glasgow were banned for condoning and encouraging excessive drinking and featuring a person who appeared to be under 25.

Signature Pubs, trading as The Spiritualist, said the posts had been removed.

The Instagram post for Popworld featured the text: “When your pal hands you another shot and you’re not sure you can handle it but you take it anyway…”

Stonegate Pub Company, trading as the Slug & Lettuce, Glasgow and Popworld, Leeds acknowledged that the ads “possibly breached the Code” and said they had removed them.

They added that they were reviewing their other social media ads and would remove any that were similar.