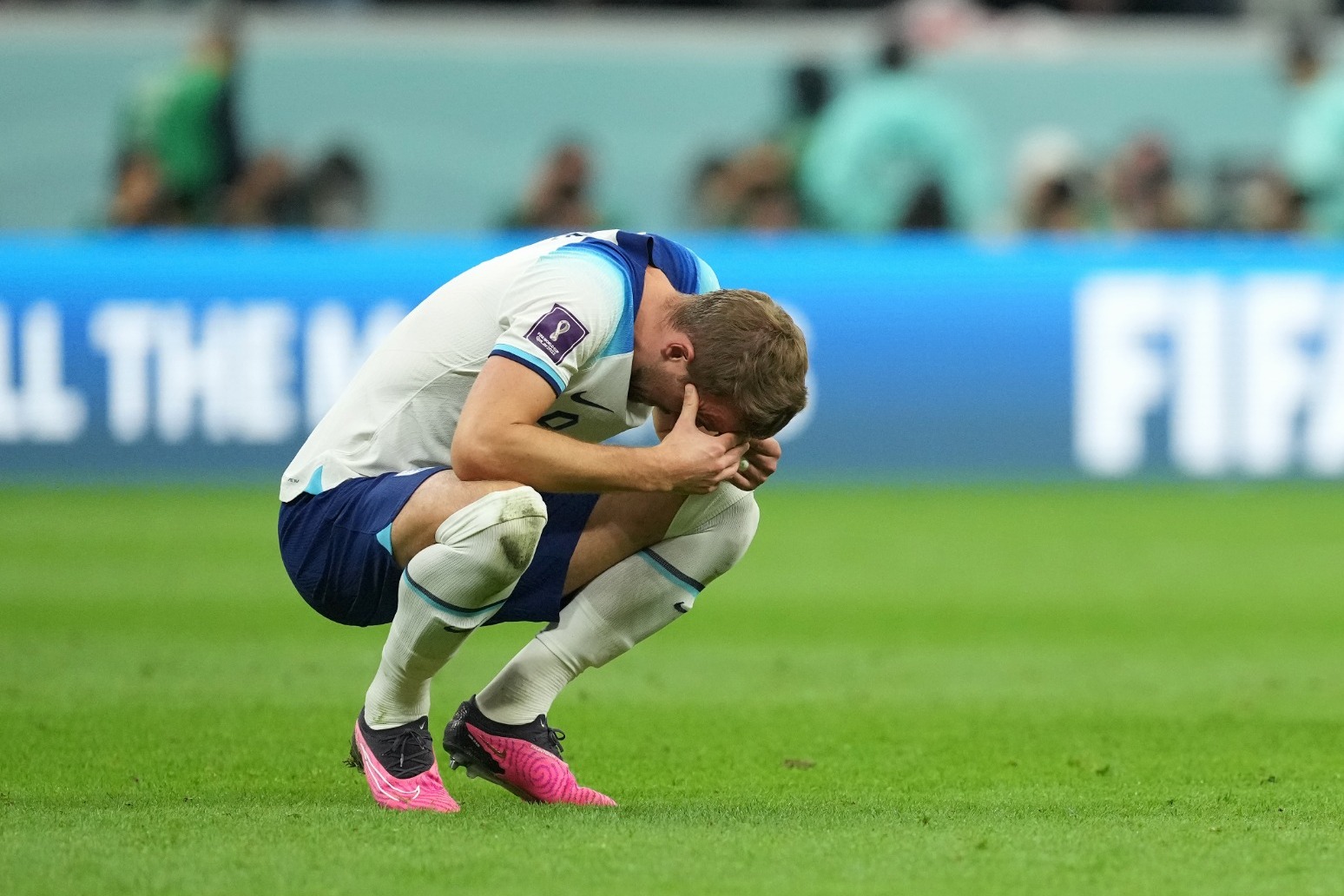 England captain Harry Kane’s World Cup quarter-final penalty miss will haunt him for the rest of his life, according to former striker Alan Shearer.

Gareth Southgate’s side exited the tournament in Qatar after the Tottenham forward blazed over his second spot-kick late on in the 2-1 defeat to France.

Shearer believes that will live with Kane forever, telling BBC Radio 5 Live: “That’s the life of a centre-forward. You put yourself in those positions and it will haunt Harry for the rest of his life.

“But that is what you have to put up with as a forward – you win some and you lose some.

“You don’t score every one and some chances mean more than others and it will hurt like hell.

“The biggest one I ever missed was against Sunderland and it still haunts me to this day.

“He won’t sleep well for a long time, that’s his personality and I know how much it means to him and the rest of the team.

“He will think he has cost England. We look at it a different way – he has saved us on many occasions.

“It hurts. It really hurts but you can imagine how the players feel if it hurts us so much.”

Despite the quarter-final disappointment there were reasons to be positive about England’s performance in Qatar.

The emergence of 19-year-old Jude Bellingham as a world-class talent at a major tournament was a particular highlight but the versatility and options available mean Shearer thinks Southgate – contracted for another two years – has plenty of reasons to continue in the job.

“Some people will find a way to criticise, they always do, but it was just down to one of those things and I can’t find any criticism of the manager,” he added.

“Yes, he should (stay). I don’t have any doubt about that because he has had success in a way.

“I know he hasn’t delivered a trophy but you have to look at the bigger picture – not only this tournament but others where he has taken us into a final and a semi-final.

“In terms of his future I would say stay on because there are lots of really talented players in that England squad and he has managed to get the best out of them at different times.

“I would think he would look at that over the next couple of weeks and I hope he will decide to stay on and take us to where we want to go and deliver that trophy.”

Another former England striker Gary Lineker also believes there are plenty of positives to take from the tournament and what it means for the future.

“Despite the heartbreak, we should be immensely proud of this young @England side. They have talent. They give everything. They have values,” he wrote on Twitter.

“They are a credit to their sport and our country. And in these times of division and discord, they’re an example to all. And they will win.”