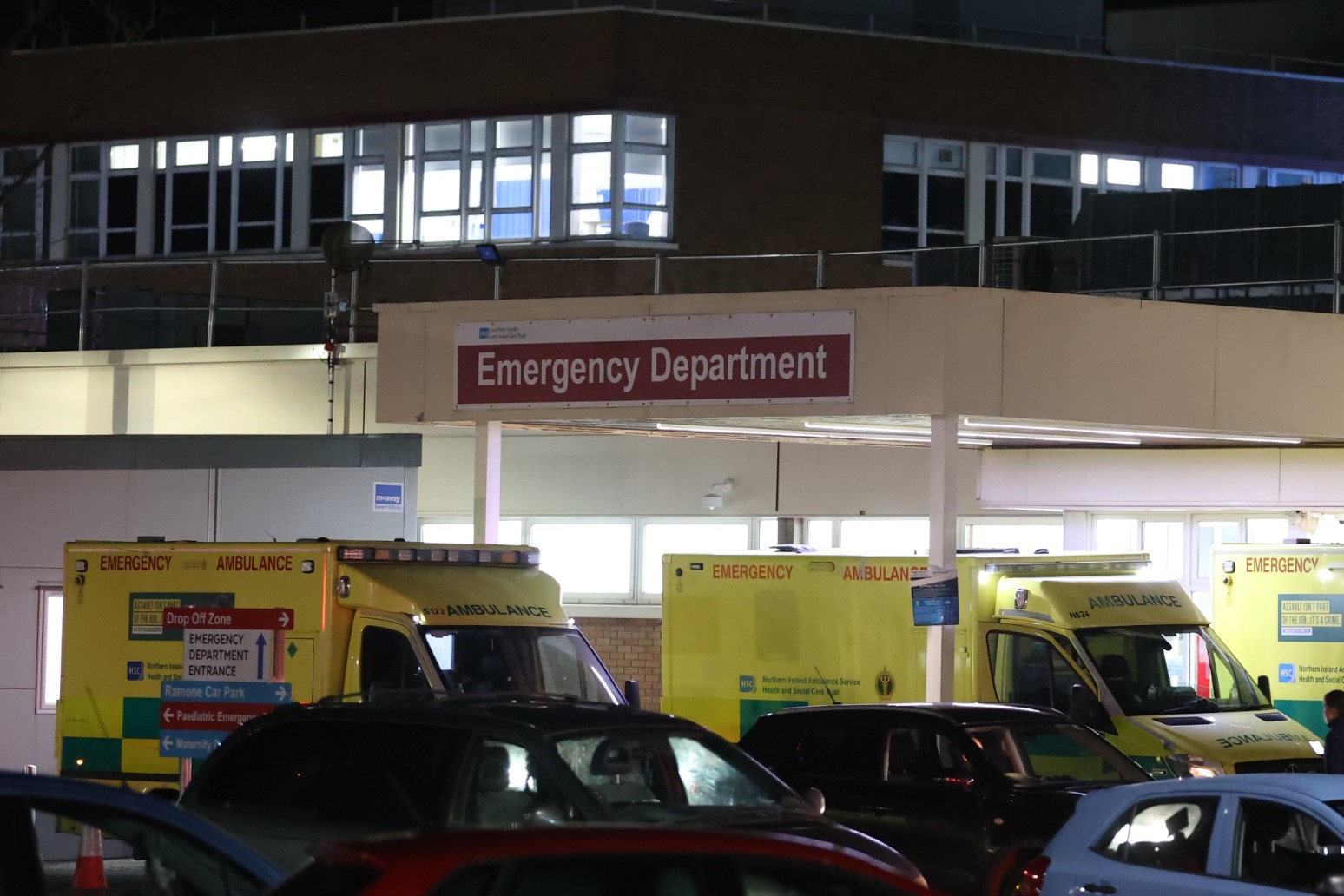 Thousands of ambulance workers and other NHS staff will strike on December 21 in a row over pay, unions have announced.

The GMB, Unison and Unite are co-ordinating industrial action across England and Wales after accusing the Government of ignoring pleas for a decent wage rise.

The strike will happen a day after members of the Royal College of Nursing stage their second walkout, also over pay.

The GMB said more than 10,000 ambulance workers across nine trusts in England and Wales will strike.

Paramedics, Emergency Care Assistants, call handlers and other staff will also walk out on December 28.

The GMB members will strike at the:

Rachel Harrison, GMB national secretary, said: “After 12 years of Conservative cuts to the service and their pay packets, NHS staff have had enough.

“The last thing they want to do is take strike action but the Government has left them with no choice.

“The Government could stop this strike in a heartbeat – but they need to wake up and start negotiating on pay.”

Unite said more than 1,600 of its members at the West Midlands, North West and North East ambulance service trusts will join the walkout.

It said the action is a “stark warning” to the Government that it must stem the “crisis” engulfing the NHS.

Sharon Graham, Unite general secretary, said: “Make no mistake, we are now in the fight of our lives for the very NHS itself. These strikes are a stark warning – our members are taking a stand to save our NHS from this government.

“Patients’ lives are already at risk but this government is sitting on the sidelines, dodging its responsibility to sort out the crisis that it has created.

“Ministers can’t keep hiding behind the pay review body. They know full well it does not address the desperate need to get huge numbers of NHS workers off the breadline.

“Fail to act now to avert these strikes and the blame will rest firmly at the Government’s door.”

Jason Kirkham, a Unite member and paramedic in the West Midlands, added: “This strike isn’t just about pay – it is to save the NHS. The NHS is crumbling. We can’t recruit and retain staff as pay is so low.

“It has got so bad that we have had to open a food bank in my ambulance station.”

Throughout the strike, Unite said it will maintain essential emergency cover for patients.

Unite continues to ballot 10,000 more NHS workers at 38 different employers across England and Wales, with the results expected later this month.

The ambulance workers are to be joined by Unison nurses, porters, healthcare assistants, cleaners and other NHS workers at two Liverpool hospitals, who will also take action that day.

The strike at the Liverpool Heart and Chest Hospital and Liverpool University Hospital starts at 7.30am on Wednesday December 21 and ends 24 hours later.

Unison is also about to begin reballoting around 13,000 NHS staff working for 10 trusts and ambulance services where turnout in the recent strike vote fell just short of the threshold required by law.

Unison’s head of health Sara Gorton said: “The Government will only have itself to blame if there are strikes in the NHS before Christmas.

“Ambulance staff and their health colleagues don’t want to inconvenience anyone but ministers are refusing to do the one thing that could prevent disruption – that’s start genuine talks about pay.

“Wages are too low to stop health workers quitting the NHS. As more and more hand in their notice, there are fewer staff left to care for patients. The public knows that’s the reason behind lengthy waits at A&E, growing ambulances delays, postponed operations and cancelled clinics.

“Threatened NHS strikes in Scotland were called off because ministers there understand higher wages and improved staffing levels go hand in hand. Unfortunately, the penny’s yet to drop for the Westminster government.”

Interim chief executive of NHS Providers Saffron Cordery said: “Trust leaders continue to plan and prepare for strike action, but today’s announcement of co-ordinated action by the GMB, Unison and Unite underlines the sheer urgency of the need for Government and union leaders to get around the table to find a solution to avert these strikes.

“The potential to escalate action and for prolonged, joint strikes by health unions in January if talks don’t take place is very worrying.

“As with the upcoming industrial action by the Royal College of Nursing, trusts affected will do everything they can to minimise disruption for patients on Friday 21 and Friday December 28.

“Their priority, as always, remains the safe delivery of care and services for patients during any industrial action and to support the wellbeing of their staff.

“But the challenges strike action presents for the health service at a time when it is under serious strain across every part of the system is undeniable. This will inevitably have an impact on some patients.

“Leaders across the NHS of course understand how strongly ambulance staff, including 999 call handlers, ambulance technicians, paramedics and their colleagues working for ambulance services feel and why they’ve got to this point: below-inflation pay awards amid the rising cost of living, severe staff shortages, rising operational pressures and ever-increasing workloads have all taken their toll.

“There must be no delay in getting down to serious, meaningful negotiations to end this dispute before it escalates still further.”