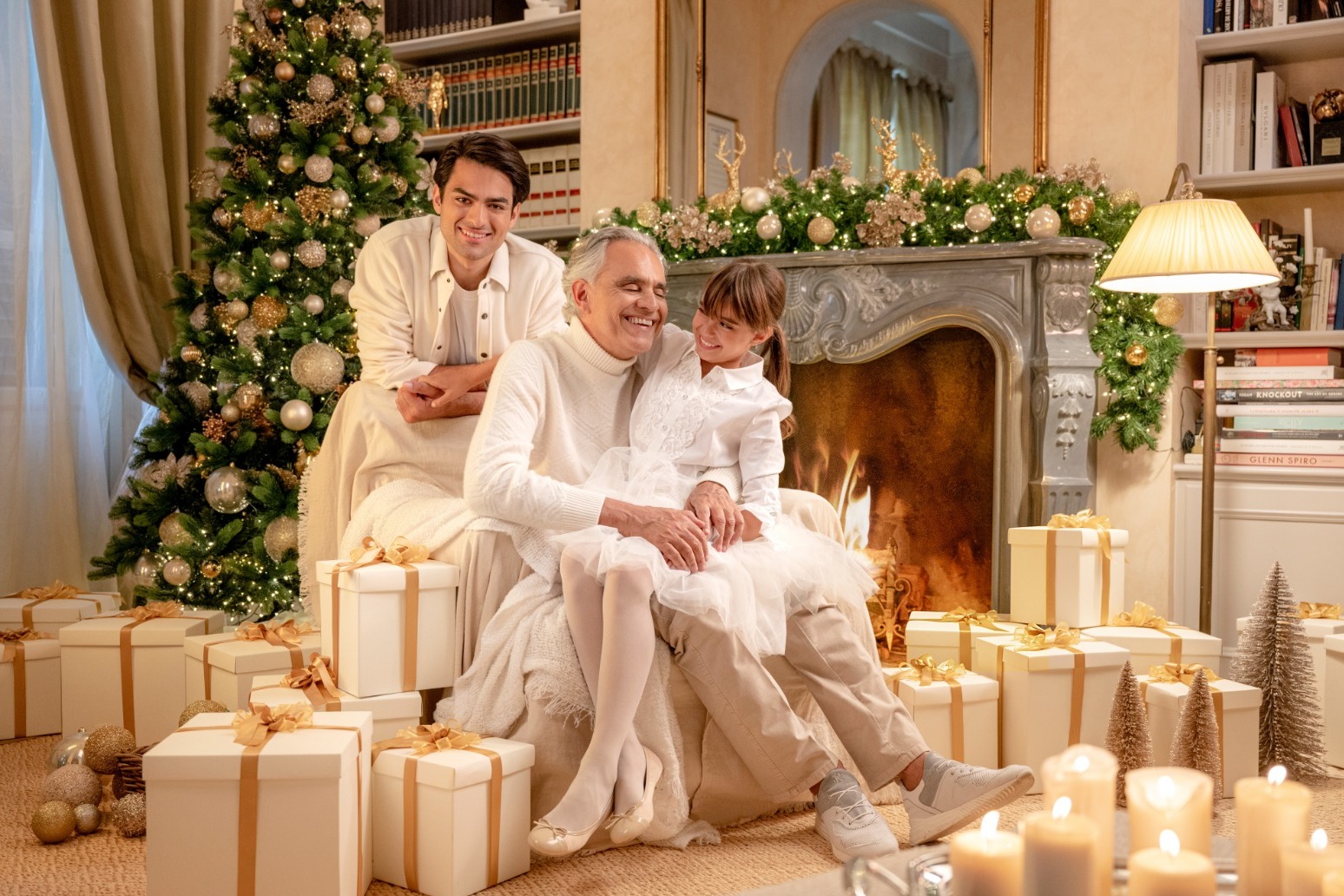 Andrea Bocelli is collaborating with his son and daughter to release their first album together which is also a Christmas one.

Titled A Family Christmas, it sees the Italian tenor, 63, teaming up with his son, Matteo, 24 and 10-year-old daughter Virginia, on existing festive favourites and new songs, with the album also featuring solo tracks, duets and trio performances.

The first single to be released, on September 8, is The Greatest Gift, which features all three family members and is a brand new song written and arranged for the album.

It is the first appearance for Virginia on an album after the youngster took to the stage with her father to perform Hallelujah during 2020’s Believe In Christmas concert, which was livestreamed from Italian opera house Teatro Regio di Parma.

On A Family Christmas, she provides the opening to Away In A Manger and Over The Rainbow, and performs solo on When Christmas Comes To Town.

The family said: “We are offering our small, intimate and heartfelt gift to anyone who wishes to enjoy the soundtrack of Christmas in the Bocelli home”.

Matteo has followed his father into the world of music, launching a solo career having signed to Capitol Records in 2019.

He featured on Andrea’s 2018 album Si, duetting with his father on the song Fall On Me.

The pair duet on the upcoming Christmas album for Have Yourself A Merry Little Christmas, and he sings with sister Virginia on Happy Xmas (War Is Over), as well as closing the album with a solo performance of I’ll Be Home For Christmas.

He said: “Singing these songs together, feeling the holiday warmth with my family is something really special. That’s what Christmas is about – making memories together to cherish forever.

“It’s really exciting to think that people will have a copy of our album sitting wrapped under the tree.”

Andrea, who was part of the line-up for the BBC’s Platinum Party At The Palace concert this year, added: “I think there is nothing more beautiful than making music with your kids, I consider it a privilege.”

The father of three returns to the UK and Ireland this month and for October with tour dates and performances in Dublin, London, Liverpool, Glasgow, Belfast, Birmingham and Sheffield.

The 13-track festive album, A Family Christmas, is due for release on October 21 via Decca/Capitol Records.