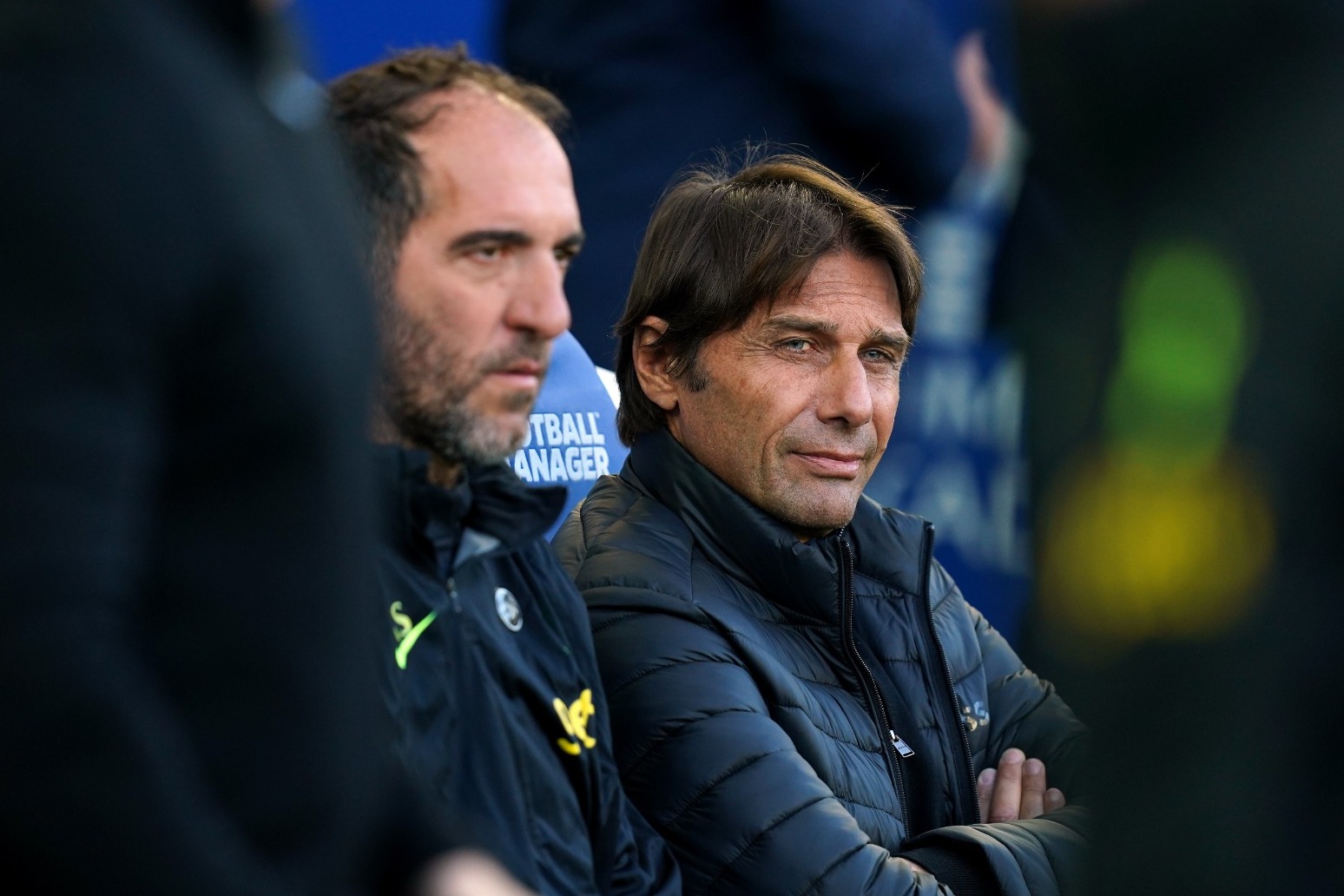 Tottenham manager Antonio Conte believes Manchester United remain a “monster” in world football, but is excited to see his team test themselves at Old Trafford on Wednesday.

The Italian has repeatedly talked up the spending power of Erik ten Hag’s side during the opening months of the season, especially in reference to Spurs’ own ability in the transfer market.

Despite Tottenham enjoying their best start to a campaign in 59 years, Conte has been keen to play down talk of a title bid but knows victory away to one of the top six in midweek would mark a step forward for his players.

“United for the present and the future will always be a monster that you have to go to fight. They have big, big potential from an economic aspect,” he said.

“On Wednesday it will be another important game. I think, compared to last season, we have improved in many aspects.

“But when you go to play against United, especially at Old Trafford, it will be a difficult game. At the same time I enjoy the fact that this test is coming now. We need to understand very well what are our ambitions and to continue to try to get good results.”

Conte revealed he was pursued by Sir Alex Ferguson during his playing days but wanted to stay and finish his career at Juventus.

United regularly won Premier League titles at that stage but have not tasted success in England’s top flight since 2013.

The 53-year-old believes “big mistakes” are behind them falling adrift of Manchester City and Liverpool in the past decade.

He added: “To play at Old Trafford is not simple, not easy. It’s not a good place for the opponent. There is a fantastic atmosphere, but at the same time it’s a big theatre, you have to go there and play with personality, play your football, your ideas.

“This period is not a lucky period for United if you compare to 10 years ago, but only two years ago don’t forget United fought for the Premier League and finished second behind City.

“We are talking about a team that if they don’t make big mistakes, they always stay in the top four, play Champions League and fight for the title and trophies.

Harry Kane will be central to Spurs’ hopes with 10 goals in 15 club appearances this term but could be forgiven for having one eye on next month’s World Cup after watching England team-mates Kyle Walker and Reece James recently suffer injuries that could rule them out of the tournament in Qatar.

Conte says the forward is completely focused on Tottenham and yet hopes this will be the last ever major international competition to occur during the season.

“Harry, like the other players, is really focused on Tottenham. I like to see this commitment and this behaviour from my players.

“For sure we are talking about an important competition with the World Cup, but at the same time I can speak about my players and I trust in my players. I trust in their commitment. I know that they are really focused 100 per cent for our club and for me it is enough for this.

“In my opinion the whole football environment should have complained at the right time, not now.

“I think that after this experience should be good then we say, ‘we did it once now let’s continue to do it like the past’.

“What we did in the past was perfect for everybody. I was a player at the World Cup, I played European Championship and to repeat this situation again I don’t like.

“After we have seen so many problematic situations there should be no doubt about this. OK have the (winter) World Cup, then stop and go back to playing it in the summer.”