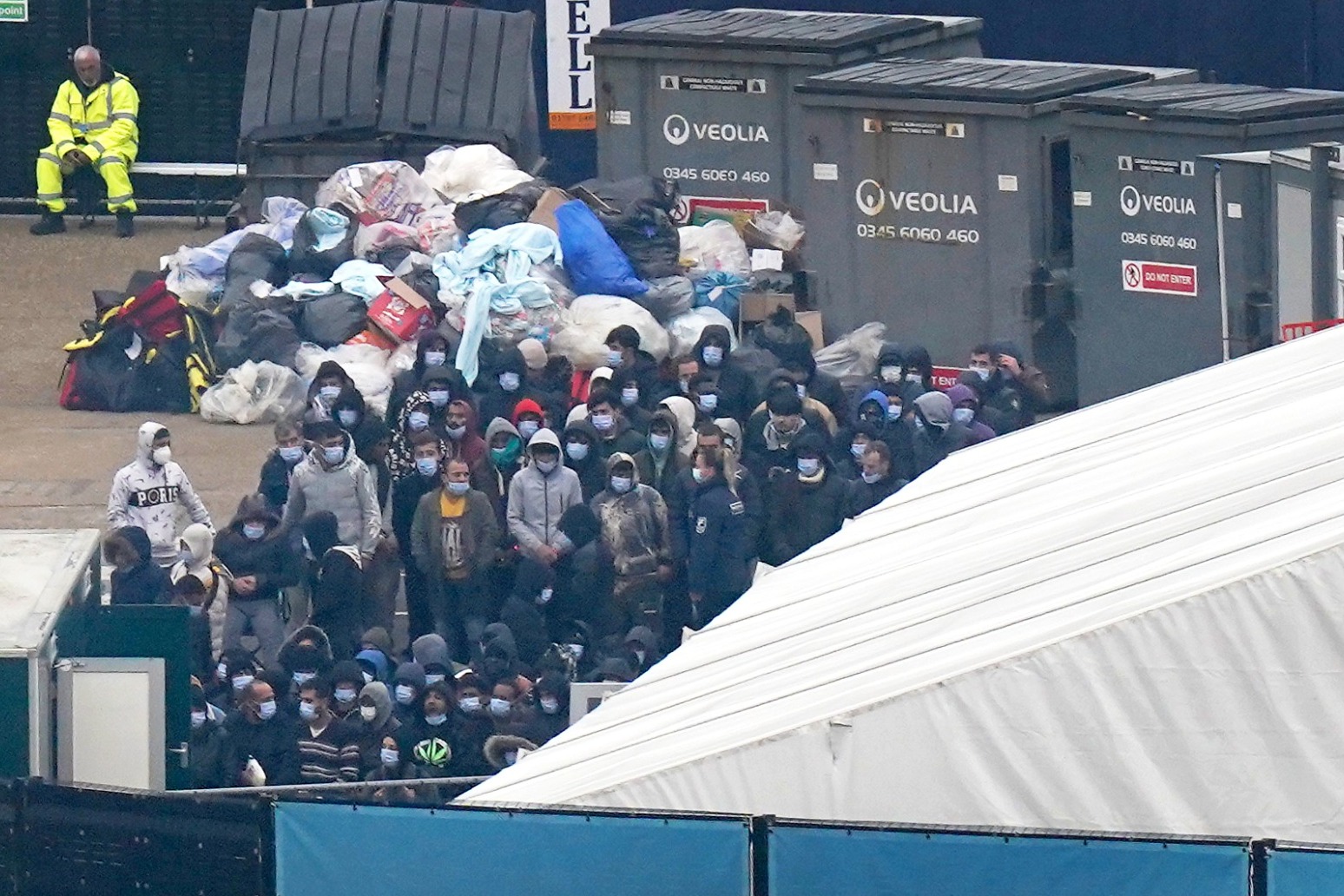 The dozens of asylum seekers who have contracted diphtheria had the highly-contagious disease before arriving in the UK, a Cabinet minister has said after the death of a man held at the Manston processing centre.

Transport Secretary Mark Harper insisted the infections present an “extremely low risk” to the wider public despite migrants being moved from crowded facilities to hotels around the country.

He defended the Government’s handling of people who have crossed the Channel in small boats, ahead of officials being expected to confirm that the number of infections has risen to about 50.

The Home Office said the death of a man, held potentially unlawfully at the Manston centre in Kent for a week, may have been from a diphtheria infection.

Mr Harper told Sky’s Sophy Ridge on Sunday: “On the diphtheria issue, there’s extremely low risk to the wider community, that’s a disease which of course the vaccination for which is in the standard childhood vaccination package.

“We take the welfare of people in our care very seriously. My understanding is those cases were people who had that disease before they came to the United Kingdom.”

He insisted the UK Health Security Agency (UKHSA) is working “very closely” with the NHS “to make sure we look after the people who have been identified with diphtheria to make sure they get the treatment and the care they need”.

The man held at Manston died in hospital on November 19. He is believed to have entered the UK on a small boat seven days earlier.

As of November 10, the UKHSA had identified 39 diphtheria cases in asylum seekers in England in 2022.

But on Monday, the PA news agency has been told, the figure will rise to around 50.

Initial tests on the man at a hospital near the centre, where Home Secretary Suella Braverman has faced criticism about overcrowding and outbreaks of disease, came back negative.

The Government said on Saturday that a follow-up PCR test indicated that “diphtheria may be the cause of the illness”.

Public health officials have raised concerns about the spread of the highly-contagious disease as people were moved from the facility to hotels.

According to the Sunday Times, Jim McManus, president of the Association of Directors of Public Health, said: “This situation could and should have been prevented and it is entirely arguable that the lack of information, co-ordination and engagement from the Home Office has made the situation far worse than it could have been.

“It has created additional and preventable burdens on local health systems and has put both asylum seekers and potentially hotel workers at avoidable and preventable risk.

“We want to work constructively and effectively as directors of public health with the Government for the good of everybody.

“We offered the Home Office collaboration and our efforts were rebuffed.”

“The UK is better than this. The Conservative Government should be ashamed of their callous complacency over the health and wellbeing of asylum seekers coming out of Manston,” she said.

A Government spokeswoman said: “Our thoughts remain with the family of the man who has died and all those affected by this loss.

“Initial test results processed by a local hospital for an infectious disease were negative, but a follow-up PCR test was positive, indicating that diphtheria may be the cause of the illness. The coroner will conclude in due course.

“We take the safety and welfare of those in our care extremely seriously and are taking all of the necessary steps following these results.”

Diphtheria vaccinations will be offered to any new arrivals at Manston, the spokeswoman said, though the facility is understood to be currently empty.

A post-mortem examination and a coroner’s investigation are ongoing.

Diphtheria is a highly contagious infection affecting the nose, throat and sometimes skin. The NHS says it is rare in the UK and can be treated with antibiotics and other medicines.

At one point, as many as 4,000 people were being detained at Manston, which is designed to hold just 1,600, but on Tuesday Government sources said the site had been emptied.

New arrivals were expected to be taken to the centre, which is designed for holding people for short periods during security and identity checks before being moved to accommodation.

But some people have been held for far longer periods due to a lack of alternative accommodation.

With migrants having been moved from Manston to hotels around the country, health officials are advising that vaccines and preventative courses of antibiotics are offered to people on arrival at their new accommodation.

The UKHSA warned that accommodation settings should be considered “high-risk for infectious diseases”.

Dr Trish Mannes, UKHSA director for the South East, said: “The risk of diphtheria to the wider public remains very low, due to high uptake of the diphtheria vaccine in this country and because the infection is typically passed on through close prolonged contact with a case.

“In order to limit the risk of diphtheria being passed on within asylum seeker settings, UKHSA continues to recommend that individuals arriving at reception centres, and who have moved on recently, are offered a diphtheria vaccine and preventative treatment.”

Ms Braverman has come under fire over the dire conditions in Manston, and for failing to slow the perilous crossings of the English Channel by people in small boats.

This week she admitted the Government has “failed to control our borders” but blamed desperate migrants and people smugglers for the overcrowding in Manston.