Avatar The Way Of Water trailer shows return to Pandora 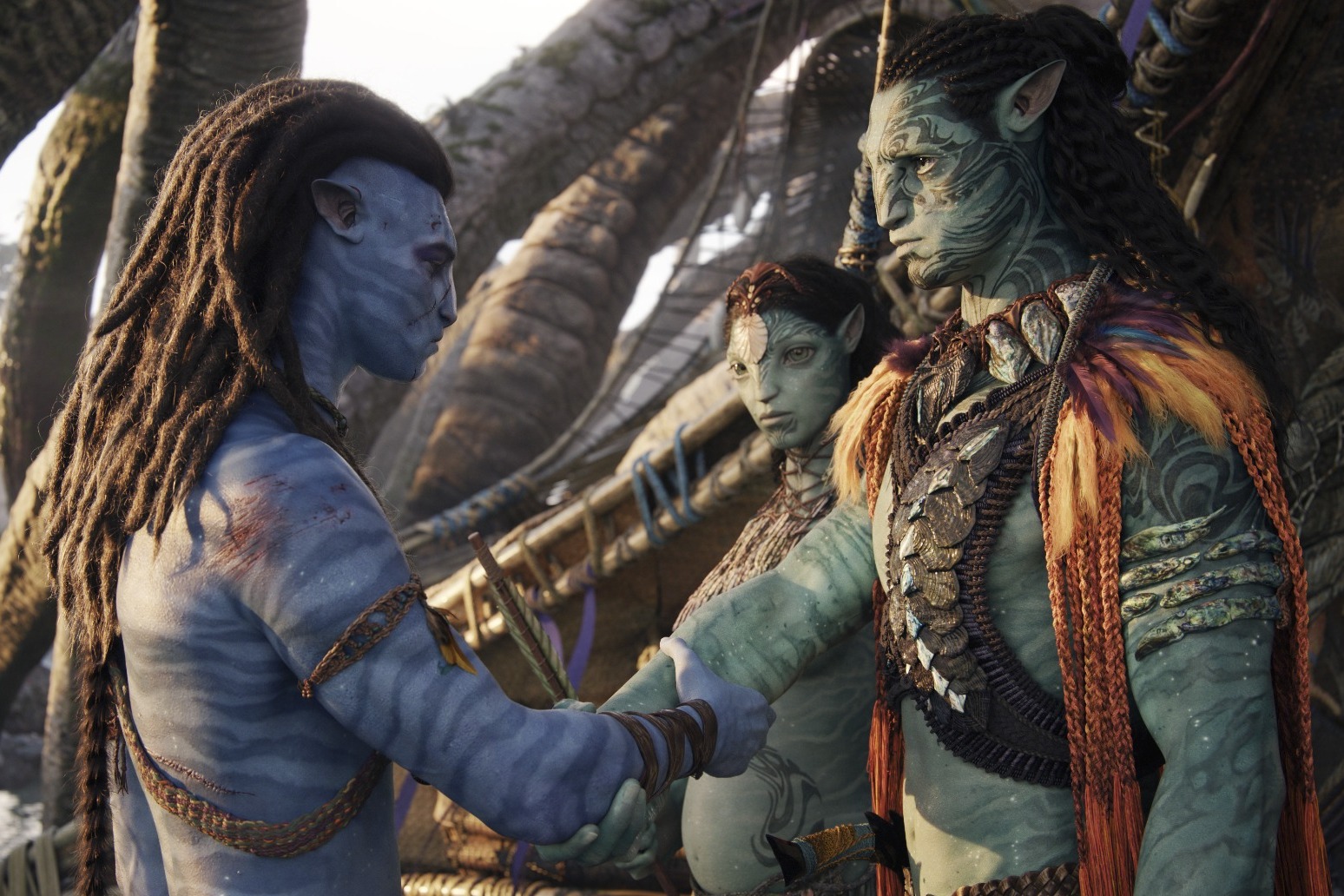 The first full trailer for James Cameron’s Avatar sequel, The Way Of Water, has been released, returning viewers to the planet of Pandora nearly 13 years on.

The teaser introduces Jake and Neytiri Sully and their children more than a decade after the events of the first film.

In dramatic fashion, viewers are taken below the waves of the ocean and shown a number of fantastic creatures resembling colourful jellyfish, whales and large winged fish.

Jake is seen teaching his daughter to hunt using a bow, as she tells him: “Dad, you know I think I am crazy but I feel her. I hear her heartbeat. She is so close.”

He asks: “So what does her heartbeat sound like?” before she replies, “Mighty”.

The Na’vi people native to Pandora are also seen going back into battle with what appear to be humans using advanced technology and weaponised “mech suits”.

The cast for the much-anticipated film includes Sam Worthington and Zoe Saldana and will also see the return of Sigourney Weaver as Dr Grace Augustine and Stephen Lang who plays Colonel Miles Quaritch.

The film was set in 2154 and saw humans inhabit avatars so they could gain access to the planet of Pandora.

Avatar: The Way Of Water is due for release in cinemas on December 16.