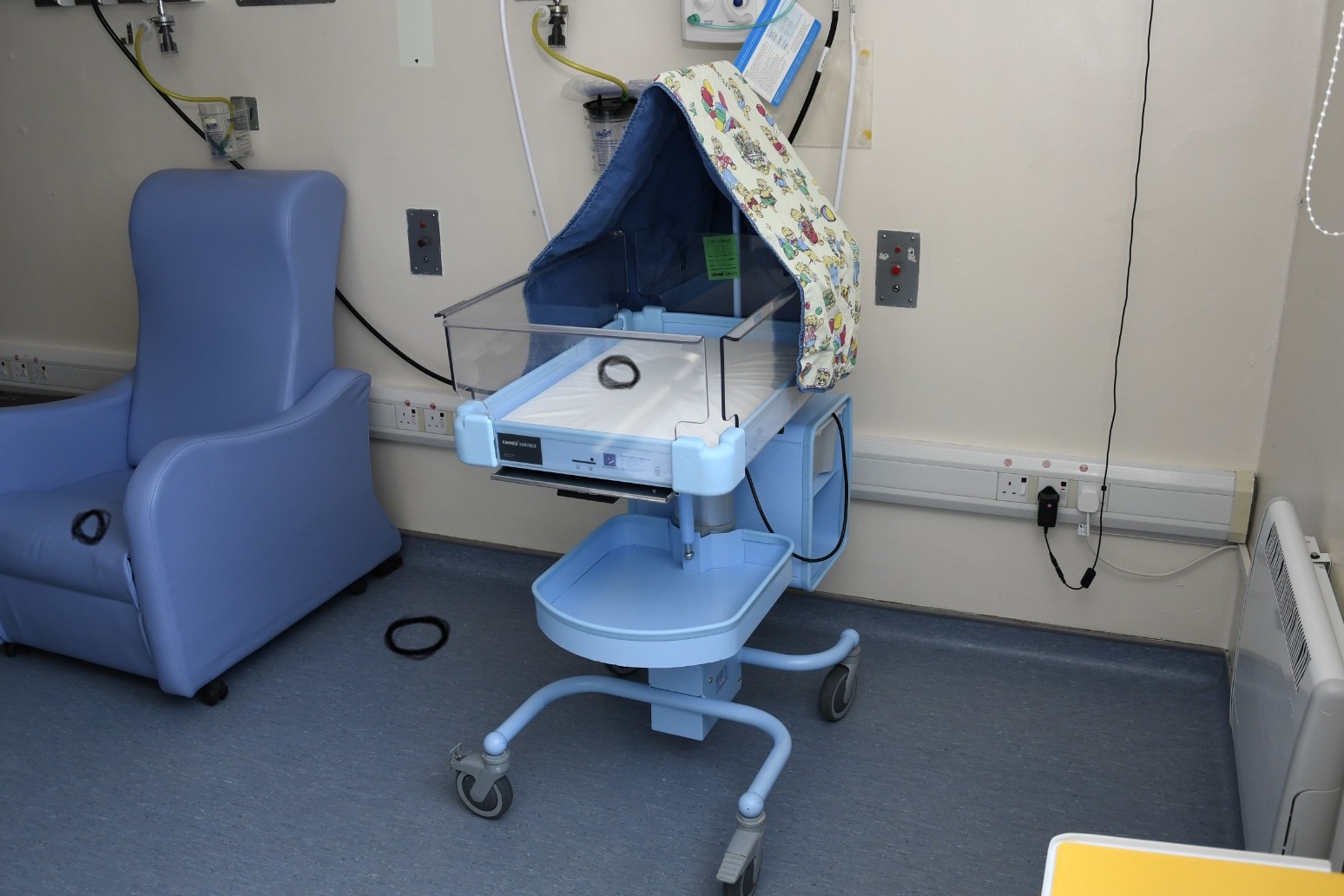 A baby girl allegedly attacked by nurse Lucy Letby was force-fed “massive additional amounts of milk”, a court has heard.

Letby, 32, is accused of overfeeding the infant just hours after she helped put up a banner at the Countess of Chester Hospital to mark the youngster’s 100th day of life.

The infant was born months earlier on the “margins of survival” as she weighed just more than one pound, jurors at Manchester Crown Court was told.

Letby is said to have struck some time after 2am on September 7 2015 while the nurse who was looking after her went on an hour-long break after feeding her 45ml of milk via a naso-gastric tube.

The baby, referred to as Child G, vomited in her cot, on to the floor and on to a chair several feet away.

Giving evidence on Monday, expert witness Dr Dewi Evans said: “For a baby of two kilos to vomit that far is quite remarkable.

“On the whole, when a baby vomits they tend to vomit over their baby grow or over whoever is holding them, but that’s as far as it goes.

“Even more astonishing was the vomit ended up on a chair that was several feet away.

‘There can be only one explanation. (Child G) received far more than 45ml (of milk) down her nasal tube before she vomited.

“She may also have received a bolus of air from the feeding syringe. Milk was squirted down the tube using the syringe and this would have caused the abdomen distention, caused the baby distress and she would have vomited.”

Retired consultant paediatrician Dr Evans said that, in his opinion, Child G’s stomach was empty prior to her 2am feed.

Shortly after the vomiting episode, the court heard that Letby noted she had withdrawn 45ml of milk, together with “air++”, from Child G’s stomach.

Medics placed Child G on a ventilator following her collapse, but her oxygen levels and heart rate dropped at various intervals over the following hours.

Dr Evans said that was due to the splintering” of her diaphragm which led to prolonged oxygen deprivation and as a result she suffered irreversible brain damage.

In the early hours of September 8, Child G was moved to Wirral’s Arrowe Park Hospital with suspected sepsis, but Dr Evans told the court he believed that Child G developed an infection after her initial collapse.

He added: “That projectile vomiting was a result of massive additional amounts of milk, plus air probably.”

She said: “In my experience I have not seen babies of two kilos projectile vomit. For me that was something quite extraordinary.”

Nick Johnson KC, prosecuting, asked: “Is there a credible or innocent explanation for there being more than 45ml in her stomach?”

Dr Bohin replied: No. I think her stomach was empty prior to that 2am feed… the only possible explanation is that she was given an excessive amount of milk, plus air probably, which caused her stomach to distend and caused her to vomit.”

The prosecution allege Letby made two more attempts to murder Child G on September 21 – after she had been transferred back from Arrowe Park.

Letby, originally from Hereford, denies murdering seven babies and trying to murder 10 others between June 2015 and June 2016.