Barristers to continue strike action with gatherings at courts 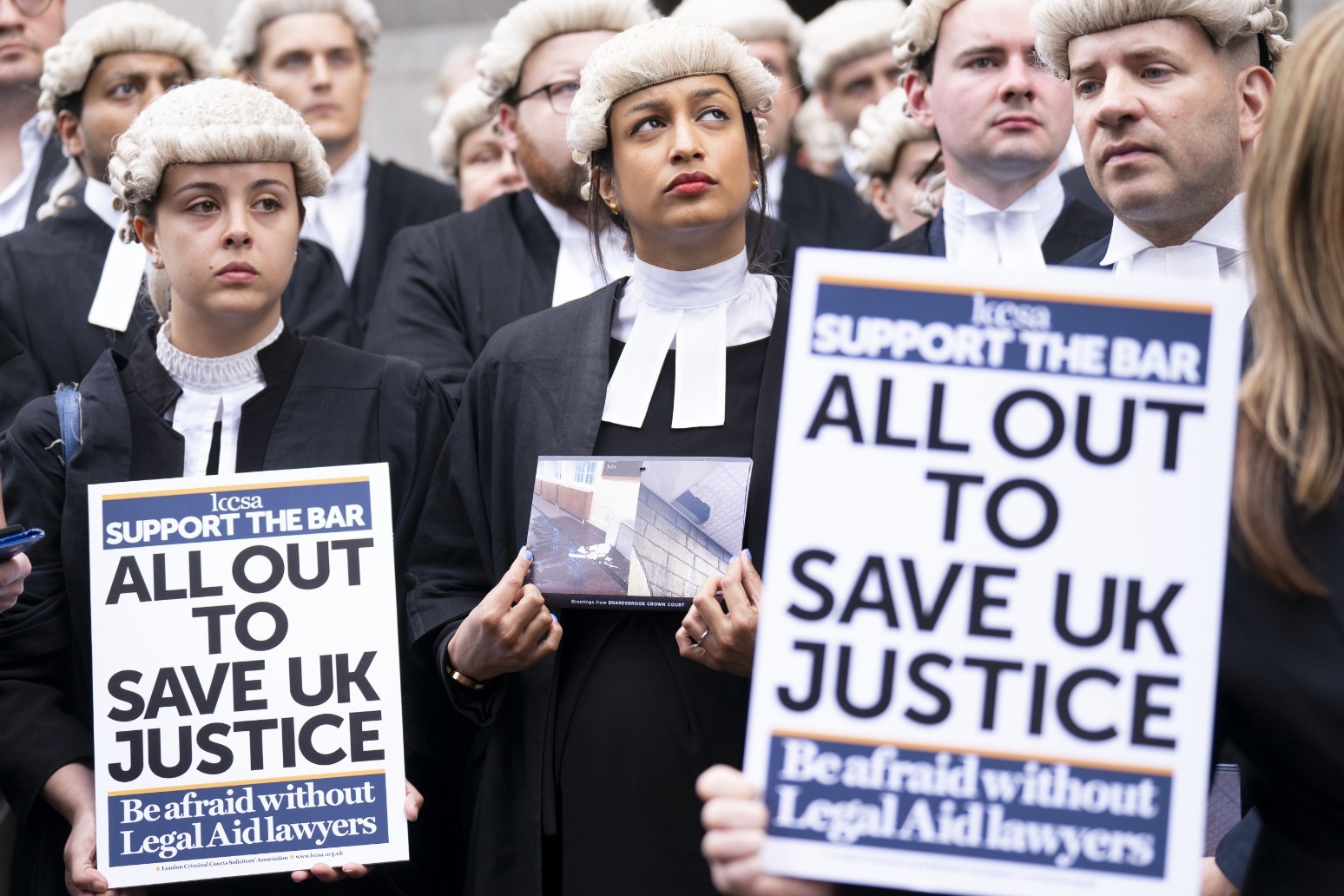 Barristers are to continue their strike into a second week, with gatherings of lawyers expected at courts around the country.

Action began across England and Wales last week in a dispute over pay and conditions, and a three-day walkout of criminal defence barristers from all courts will go ahead on Monday.

The CBA said the action is aimed at redressing the shortfall in the supply of criminal barristers to help deal with the crisis in the country’s courts.

Criminal barristers will receive a 15% fee rise from the end of September, meaning they will earn £7,000 more per year, the Ministry of Justice (MoJ) said on Thursday, in a bid to stop the action.

The CBA said three days of action are planned this week, rising to four days the following week and all five days in the week beginning July 18.

The alternating weeks will then continue, with no end date, remaining under review and subject to the response from Government, the CBA said.

CBA chairman Jo Sidhu QC and vice chairwoman Kirsty Brimelow QC said: “Without immediate action to halt the exodus of criminal barristers from our ranks, the record backlog that has crippled our courts will continue to inflict misery upon victims and defendants alike, and the public will be betrayed.

“Our unity is our strength.”

A walkout last Monday meant that some courtrooms sat empty, while others were able only to swear juries in before adjourning cases until later in the week, when lawyers were available.

Barristers on picket lines accused the Government of not listening to their concerns about the criminal justice system, and are angry that a proposed pay rise of 15% would not kick in immediately or apply to backlogged cases.