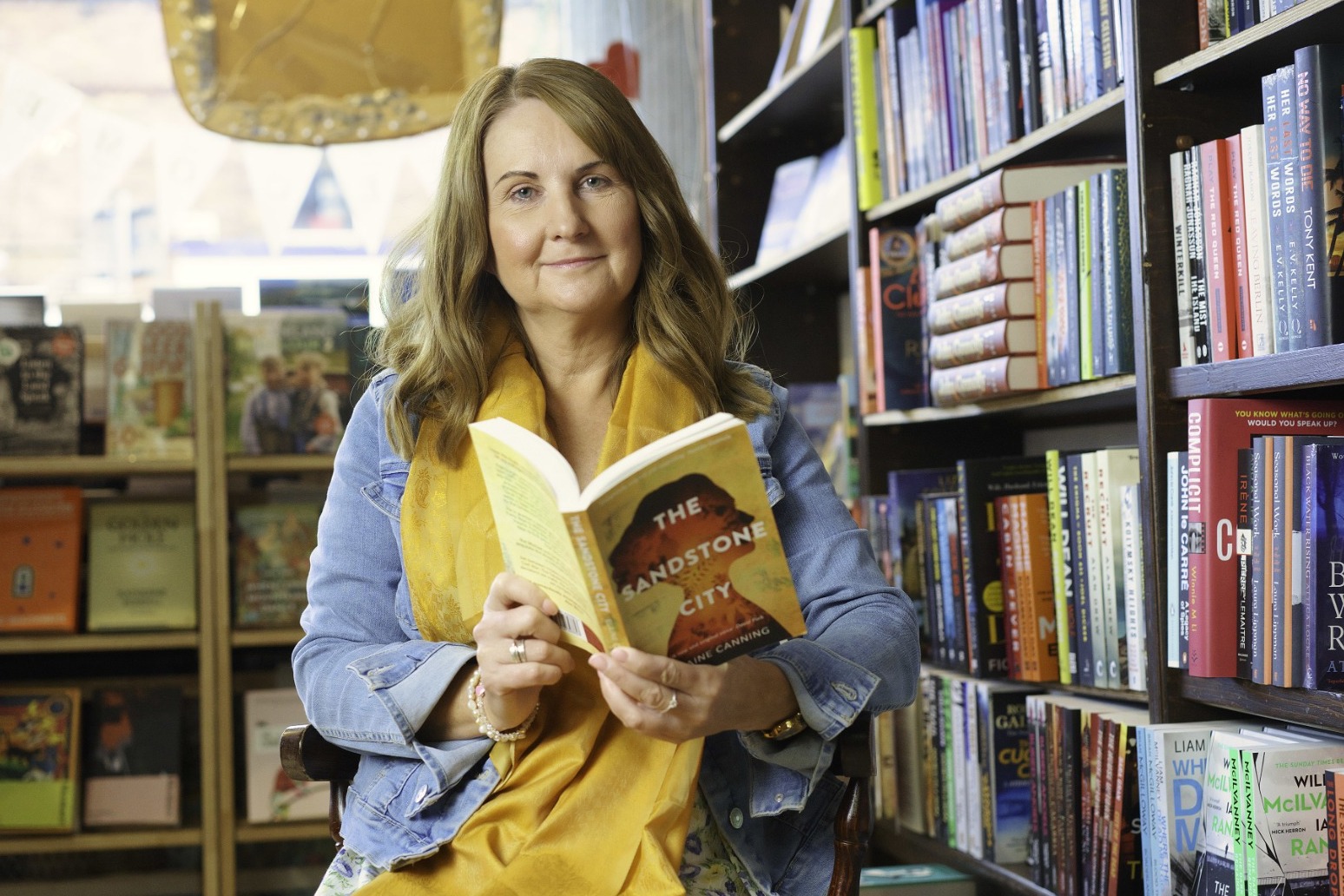 A Belfast-born author is set to represent Northern Ireland and showcase her debut novel at a festival in India billed as the greatest literature event in the world.

With the support of the Arts Council of Northern Ireland, Elaine Canning will attend the Jaipur Literature Festival (JLF) from January 19-23.

The festival has a global following and this year’s line- up will include over 250 debates, readings, concerts and events.

She is currently head of special projects at Swansea University, which include the Rhys Davies National Short Story Competition, as well as executive officer of the Dylan Thomas Prize.

She said: “I am delighted to be taking The Sandstone City to the pink city of Jaipur in January.

“I have been to the Jaipur Literature Festival twice before, in 2019 and 2020, and on both of those occasions I interviewed a number of writers and represented the Swansea University Dylan Thomas Prize.

“This is the first time, however, that I will be there as a writer in my own right and I am hugely excited to be launching my debut novel there.

“The Jaipur Literature Festival really is a very magical place, where you get to share ideas and have conversations within a very democratic environment.”

Damian Smyth, head of literature and drama at the Arts Council NI said: “The Jaipur Literary Festival is one of the biggest literature festivals in the world and it is fantastic to see it happening once again live and in person in 2023.

“In 2019 we were lucky enough to help host JLF Belfast and bring a local edition of the festival to audiences here.

“This is an event quite unlike any other and it is so important to see Northern Ireland writers represented on occasions like this, on stage, alongside their distinguished contemporaries.

“While there, Elaine will be there talking about her new book but also engaging with writers and thinkers from all around the world.”

The Sandstone City is set between modern-day Belfast and the Spanish Civil War.