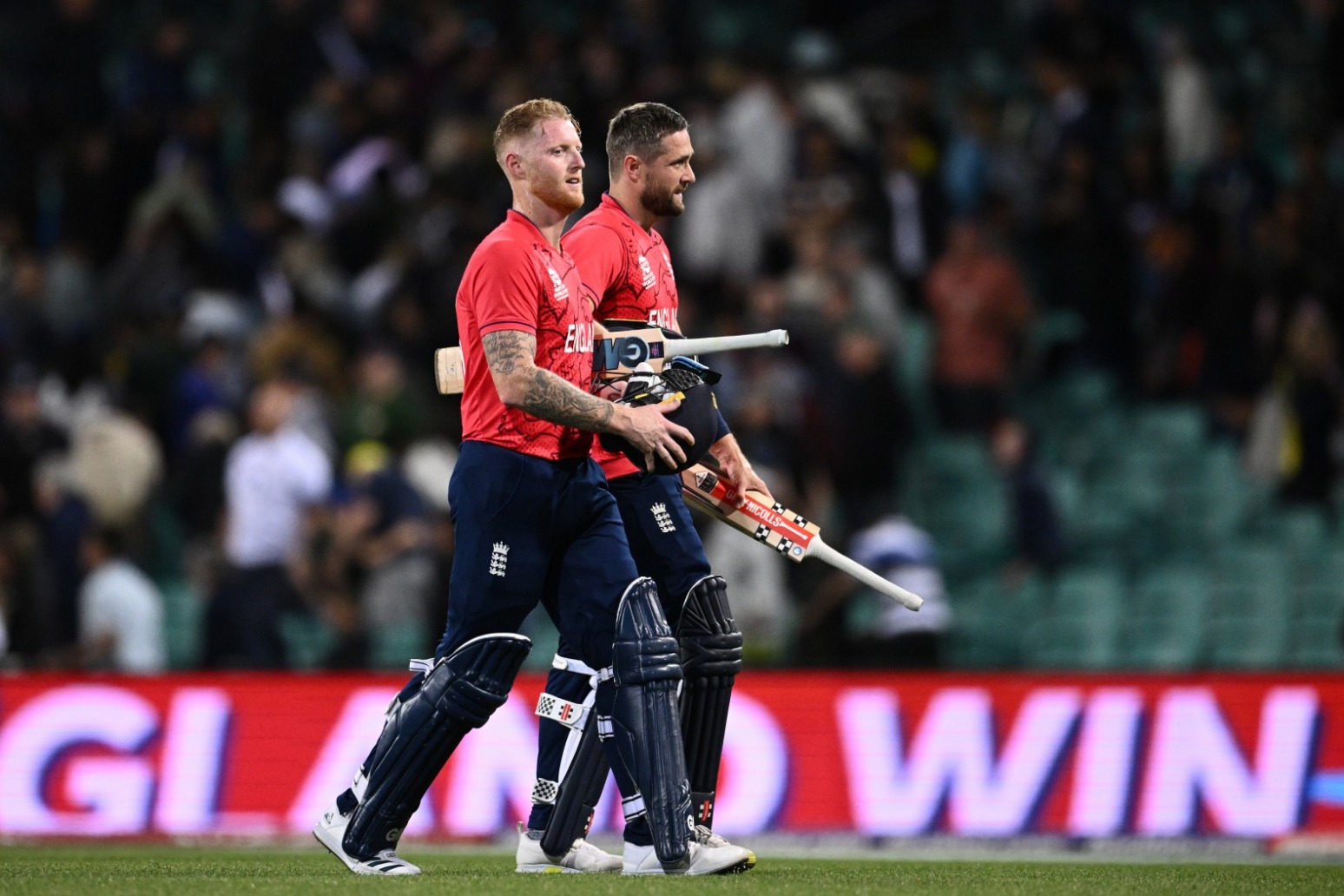 Ben Stokes kept his composure to lead England into the T20 World Cup semi-finals after they flirted with capitulating to Sri Lanka’s band of spinners at Sydney.

England needed to win their final Super 12s contest to pip Australia to second place in their group and reach the last four but, chasing 142, they slipped from 75 for none to 129 for six with 12 balls left.

But Stokes found the gaps and ran hard to finish unbeaten on 42 off 36 balls before Chris Woakes’ cut for four got England over the line with four wickets and two balls to spare in a nail-biting finish.

Stokes, batting at three after Dawid Malan tweaked his groin during Sri Lanka’s innings, was averaging 10.25 with the bat in five matches since his T20 recall but was once again England’s saviour here.

On a used pitch, Jos Buttler (28 off 23 balls) and Alex Hales (47 off 30) had taken the attack to Sri Lanka’s quicks but the dangerous Wanindu Hasaranga and Dhananjaya de Silva took two wickets apiece.

Hasaranga, Dhananjaya and fellow spinner Maheesh Theekshana leaked just 69 runs in 12 combined overs after Adil Rashid had impressed for England with 4-0-16-1 in Sri Lanka’s 141 for eight.

Pathum Nissanka targeted one shorter square boundary with ruthlessness, hitting two fours and five sixes, in his 67 off 45 balls but Sri Lanka faded after reaching 65 for one from seven overs.

Nissanka was up and running second ball after turning a loose delivery from Stokes over long leg while the Sri Lanka opener used Mark Wood’s 90mph-plus pace against him with a terrific uppercut for six.

Kusal Mendis perished for 18 when trying to clear the longer square boundary off Woakes’ slower ball, but Nissanka wisely waited to free his arms when the shorter option was there on the leg-side.

But England adjusted their tactics, dragging their lengths back with pace off.

Sam Curran’s off-cutter did for Dhananjaya while Charith Asalanka sliced Stokes high into the night air to be caught at point. Nissanka brought up a 33-ball fifty before clubbing Stokes over deep midwicket.

Nissanka was out in Rashid’s final over as the leg-spinner equalled the record for most T20 wickets by an Englishman, moving level with Chris Jordan, who took the catch running in from the boundary having come on to the field when Malan gingerly walked off after pulling up while running for the ball.

Despite conceding 17 in his first over, Wood was entrusted to bowl the 18th and 20th of the innings and leaked just nine, also claiming three wickets as Dasun Shanaka feathered through to Buttler while Bhanuka Rajapaksa miscued a 94mph delivery to mid-on and Chamika Karunaratne skewed to deep third.

Sri Lanka lost five for 25 in the last five overs but had aces up their sleeve in Hasaranga, the tournament’s leading wicket-taker, and fellow spinners Theekshana and Dhananjaya on a wearing surface.

Theekshana bowled the first and third overs, with England’s openers watchful, but Hales cut loose off Kasun Rajitha and Lahiru Kumara, crashing two fours apiece off the seamers after they had overpitched.

Buttler got stuck into Hasaranga with a mighty straight six while Hales was dismissive as Rajitha missed his lengths in an over that yielded 20 and took England to 70 for none after the powerplay – almost halfway to their total.

Sri Lanka stuck almost exclusively with their coterie of slower bowlers until the final few overs, stifling the run-rate and squeezing England, who saw Buttler and Hales both perish to Hasaranga.

Karunaratne’s diving catch saw off Buttler and ended a 75-run opening stand in 7.2 overs while Hales peculiarly toe-ended a slog sweep and had a wry smile on his face as the ball looped back to Hasaranga.

Stokes came out at number three and played the anchor role as Harry Brook and Liam Livingstone went cheaply, with the latter holing out off Kumara when they needed just 36 off the last 42 balls.

Moeen chipped to cover but Stokes relieved some pressure by thrashing through the covers for the second of his two fours as Sri Lanka turned to part-time spinner Asalanka.

Stokes continued to keep taking ones and twos but Curran hit down the throat of long-off to leave England with work to do. But Stokes got the equation down to five off the last over and then handed over the baton to Woakes to seal a win that dumped out Australia.

England will now head to Adelaide for their semi-final, likely against India on Thursday.