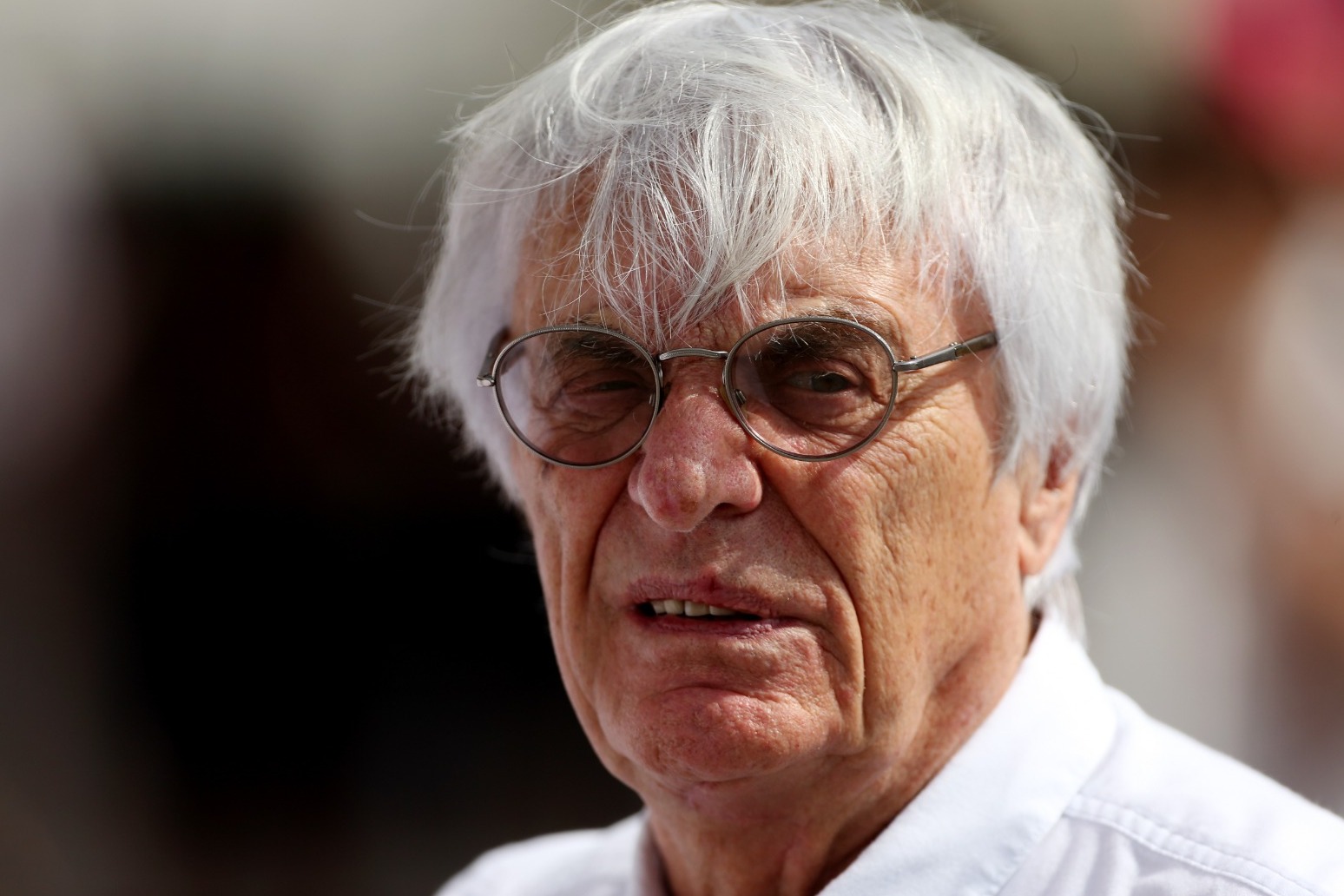 Former Formula One supremo Bernie Ecclestone has said he would “take a bullet” for Russian President Vladimir Putin and described him as “a first-class person”.

The 91-year-old said the war in Ukraine was not “intentional” and could have been avoided by actions taken by Ukrainian President Volodymyr Zelensky.

Mr Ecclestone said Mr Zelensky should have spoken to Mr Putin, who he said is a “sensible” man.

“What he’s doing is something that he believed was the right thing he was doing for Russia.

“Unfortunately, he’s like a lot of business people, certainly like me, we make mistakes from time to time. When you’ve made the mistake, you have to do the best you can to get out of it.

“I think if it had been conducted properly, I mean the other person in Ukraine (Mr Zelensky), I mean, his profession, I understand, he used to be a comedian.

“I think he seems as if he wants to continue that profession, because I think if he’d have thought about things, he would have definitely made a big enough effort to speak to Mr Putin, who is a sensible person and would have listened to him and could have probably done something about it.”

Presenter Kate Garraway said to Mr Ecclestone: “So just to understand you clearly, you think that President Zelensky should have done more to avert this war and it could have been avoided by Zelensky’s actions, not by a change in Putin’s actions?”

It was put to Mr Ecclestone that he surely cannot justify the actions of Mr Putin and the deaths of thousands of people.

“I don’t. It wasn’t intentional,” he replied.

Mr Ecclestone again said the war in Ukraine was not “intentional”, adding: “I’m quite sure Ukraine, if they’d wanted to get out of it properly, could have done.”

Asked if he has had a chance to speak to Mr Putin about “what a mess” the situation is or urged him to rethink what he is doing, Mr Ecclestone said: “No. He’s probably thought about that himself. He probably doesn’t need reminding.

“I’m absolutely sure he now wishes he hadn’t started this whole business, but didn’t start as a war.”

Mr Ecclestone was asked what he thinks of the Russian Grand Prix being removed from the Formula One calendar and the ban on Russian drivers.

He said: “I’m not in the position now to have done anything about that. I’m not sure I would have stopped that, and I certainly now wouldn’t, and I think it’s wrong, to stop Russian athletes, including obviously drivers, in taking part in their sport.

“They didn’t get involved in this in the first place. They shouldn’t be punished.”

He also said Nelson Piquet, who apologised after using an offensive expression when discussing Sir Lewis Hamilton in an interview last year, would “never go out of his way to say anything bad”.

Former Formula One world champion Piquet, 69, was reported to have used a racial slur towards Sir Lewis following the 2021 British Grand Prix.

Mr Ecclestone told Good Morning Britain: “I think what probably happened, knowing Nelson as I know him, as his daughter is the girlfriend of Max Verstappen, probably after seeing the accident… he probably exploded then and sort of carried that forward.

“I know his feelings because I was alone, I exploded, didn’t say anything obviously because there wouldn’t have been any point because there was nobody here to hear my reaction to that.

Brazilian Piquet, a three-time world champion, was reported to have been discussing a collision between Sir Lewis and rival Verstappen on the opening lap at Silverstone, which saw the Dutchman retire from the race.

Piquet has apologised “wholeheartedly” but insists the word he used has been mistranslated.

Mr Ecclestone has courted criticism in the past, saying Mr Putin should govern Europe and calling for women to be “dressed in white like all other domestic appliances”.

He has also claimed that female racing drivers “would not be taken seriously”.

Last month, Mr Ecclestone denied he was arrested for carrying a gun before boarding a flight in Sao Paulo, Brazil.

He said the firearm, a LW Seecamp .32, was not loaded and had been packed in his luggage by accident.

Mr Ecclestone said he spent several hours with local police reporting the incident, because the gun had not been registered.

Following Mr Ecclestone’s appearance on Good Morning Britain, a Formula One spokesman said: “The comments made by Bernie Ecclestone are his personal views and are in very stark contrast to the position of the modern values of our sport.”