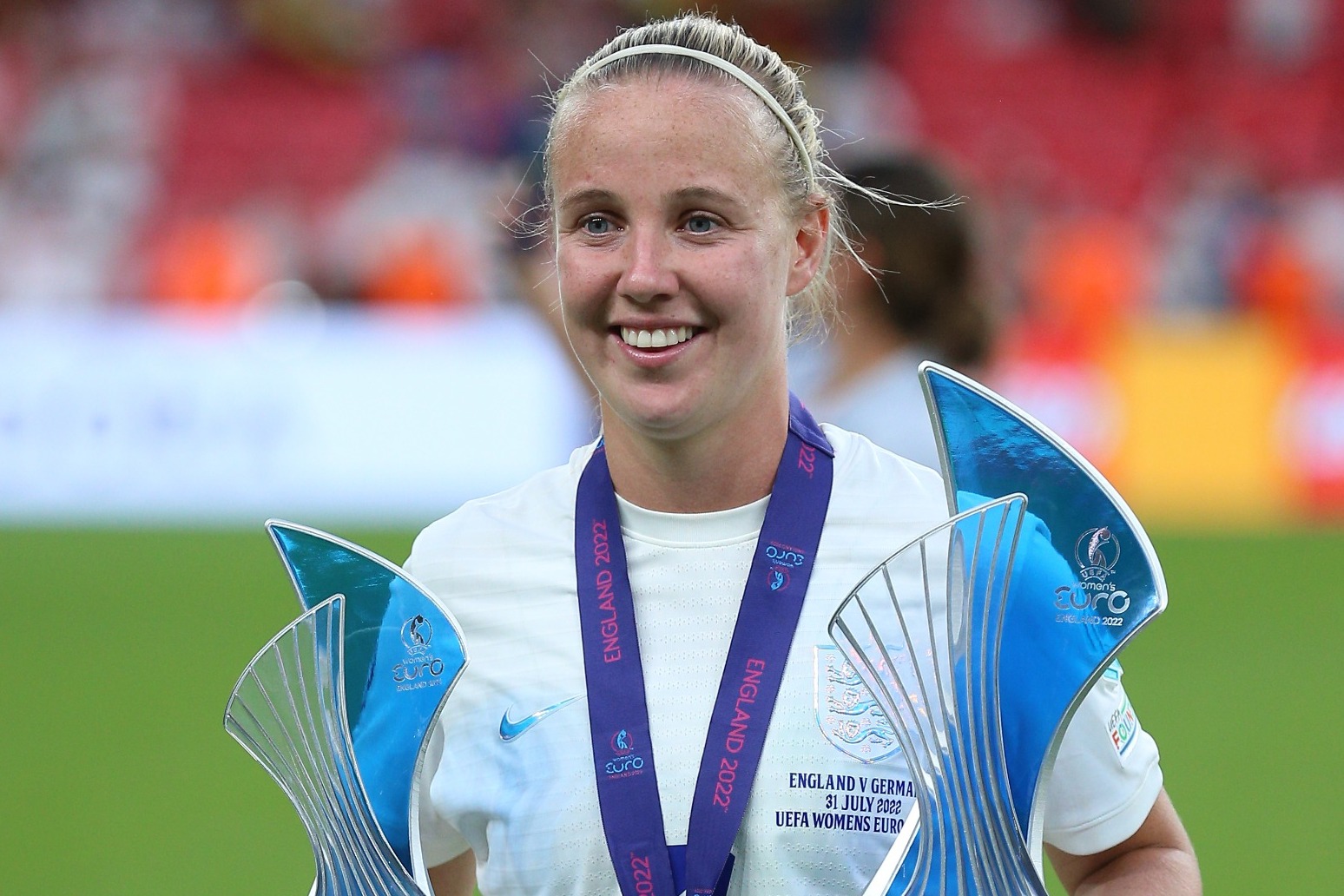 Beth Mead is heading into the new season feeling hungry for further success after the glory she tasted with England this summer.

The Lionesses surged to victory at Euro 2022 to claim the first major trophy in their history with Mead having a starring role in the campaign that saw her end up with the Golden Boot, having scored six times, and the player of the tournament award.

After a well-earned break – including a holiday in Greece where she says there were “a lot of grown men coming up to me saying they cried when we won” – the 27-year-old Arsenal winger is now preparing to return to action.

On Wednesday, England boss Sarina Wiegman names her squad for a double-header of qualifiers against Austria and Luxembourg on September 3 and 6, in which the team will look to seal qualification for next summer’s World Cup in Australia and New Zealand.

The 2022-23 Women’s Super League then gets under way the following weekend, with Arsenal – runners-up last term – opening by playing at Manchester City on September 11.

And Mead, who was in great form for club and country across 2021-22, said: “I loved last season, probably one of my best on a football pitch career-wise, and for me, it’s just (feeling) hungry – you want more.

“I’m very motivated and hungry to try to replicate and do it all over again. There’s a little bit more pressure maybe, but I’m looking forward to it.

“You get that feeling of winning something and you want it more.”

Regarding England, she added: “Maybe when we meet up on camp we’ll sit as a group and think ‘wow, we actually did this’. But now we want to do more.

“As athletes we never sit back and are content with anything. Yes, we’ve won a Euros, we’ve inspired a nation. But still we want more.”

Since collecting her individual Euros accolades, Mead has received Ballon d’Or and UEFA player of the year nominations and she is the favourite with bookmakers to be named BBC Sports Personality of the Year.

Mead says of such recognition she is “just trying to take it all in”, and with regard to her holiday, she said: “A lot of people knew us when I was out there in Greece. Lots of British holidaymakers.

“There was a lot of grown men coming up to me saying they cried when we won. It was nice to see the smiles and the effect we’ve had on people.

“I could have walked down the street past the Emirates (Stadium) probably this time last year and not one person would have stopped me, and now people are stopping me left, right and centre. It’s very nice for people to be invested in the game in general.”

Mead was speaking as she helped launch a Trainline campaign offering a £10 rail discount to people travelling to professional women’s matches in England this season.

And she said: “We have momentum because of the Euros, and it’s nice that they (the Trainline) want to help to continue the game to develop and grow. The more we can entice people to come and make it easier and more accessible, the better.”