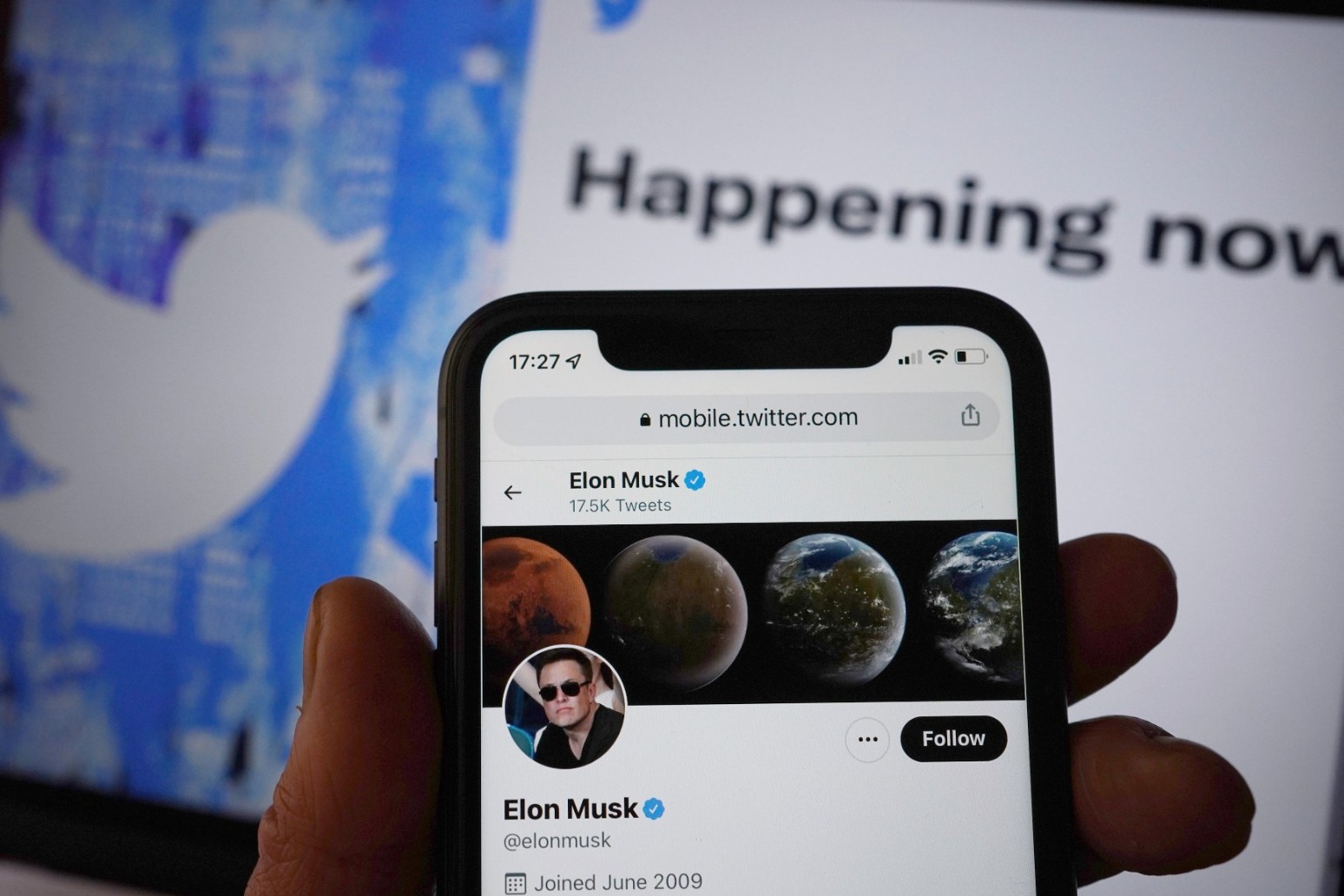 Elon Musk is now in charge of Twitter and has ousted its top three executives.

Sources on Thursday night (early Friday morning UK) would not say if all the paperwork for the deal, originally valued at 44 billion dollars (£38 billion), had been signed or if it had been closed.

However they said the South Africa-born entrepreneur was in charge of the firm and had dismissed chief executive Parag Agrawal, chief financial officer Ned Segal and general counsel Vijaya Gadde.

The billionaire appeared to confirm media reports of his takeover, tweeting shortly before 5am (UK time) on Friday: “the bird is freed”.

His chief criticism of the social media platform has been its policing of “free speech”. Mr Musk is expected to speak to Twitter employees directly on Friday if the deal is finalised, according to an internal memo cited in several media outlets.

Despite internal confusion and low morale tied to fears of layoffs or a dismantling of the company’s culture and operations, Twitter leaders this week have at least outwardly welcomed Mr Musk’s arrival and messaging.

A US court gave Mr Musk until Friday to close his April agreement to acquire the company after he tried to back out of the deal, leading to a lawsuit from Twitter to push through the acquisition.

On Thursday, Mr Musk posted a statement aimed at Twitter’s advertisers where he said he was acquiring the platform because he believed it was important to have a space where “a wide range of beliefs can be debated in a healthy manner”.

That came after the billionaire SpaceX and Tesla boss posted a bizarre video of himself entering Twitter’s San Francisco headquarters on Wednesday carrying a sink alongside the message “Entering Twitter HQ – let that sink in”.

He has also updated his bio on the social media platform to “Chief Twit” in a further nod to the deal being completed.

According to reports, Mr Musk told staff during his visit that it was not true that he was planning on cutting up to 75% of Twitter staff after acquiring the company.

It had previously been reported that Mr Musk told investors he planned to cut around three-quarters of the firm’s 7,500 employees.

Staff, Twitter users and industry experts are waiting to see what plans Musk has for the platform.

He has previously spoken of his belief in “absolute free speech” and suggested he would allow previously suspended and often controversial figures, including former US president Donald Trump, to return to the platform, which has alarmed online safety campaigners.

There have been reports that many staff plan to leave the company once the takeover is completed and some security campaigners have warned that Twitter could become an easy target for hackers in the aftermath of the deal and as Mr Musk restructures the firm.

As part of his plans for the site, Mr Musk has also spoken of removing all spam and bot accounts from the site, and using Twitter as part of a so-called “everything app” called X, where users are able to access a wide range of services in one place.

That is similar to WeChat in China, where users are able to access social media, online shopping and money transfer, taxi hire, restaurant booking and more from within one app.