Birmingham beat Hull after delay because goals were too big 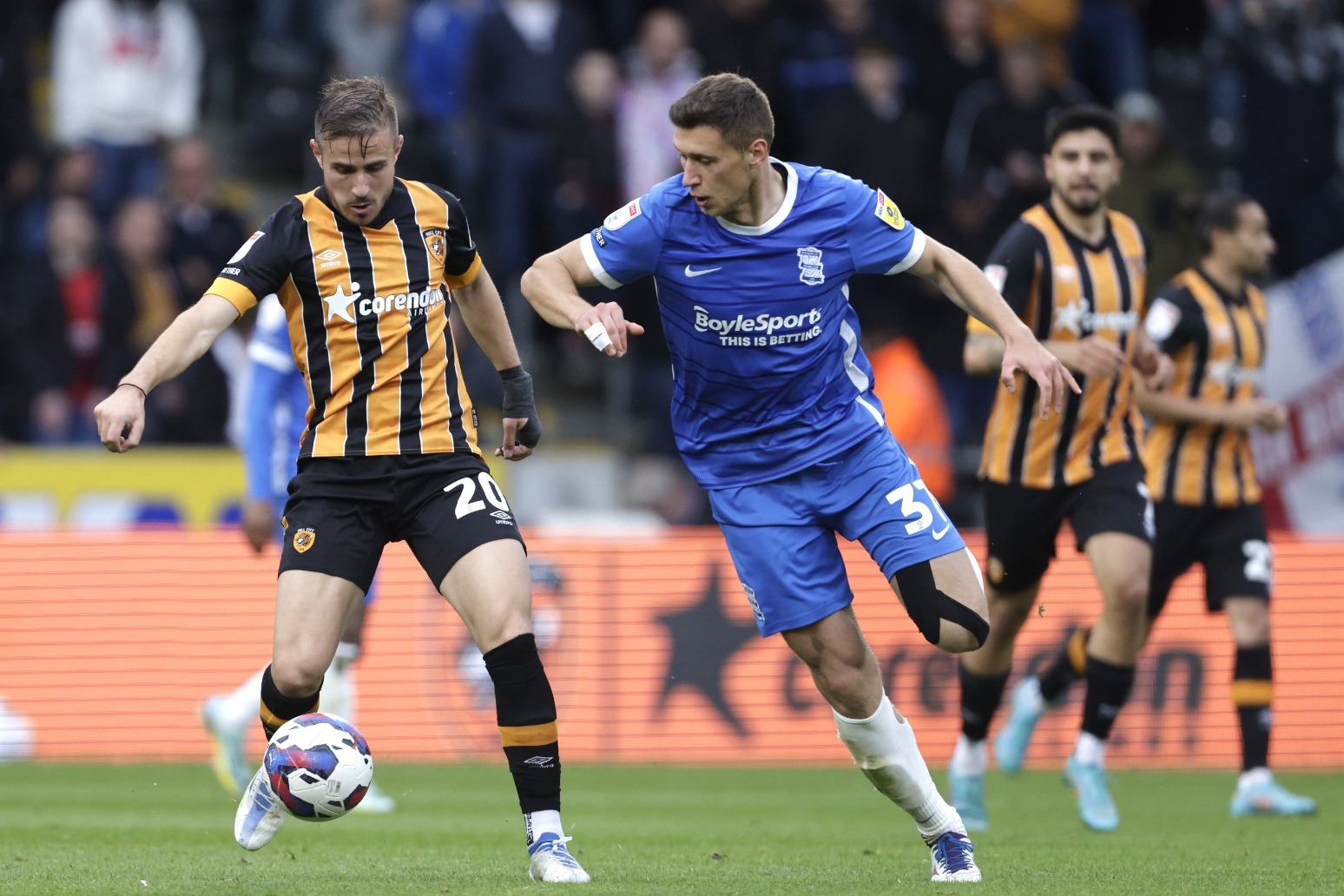 Birmingham beat managerless Hull 2-0 in a Sky Bet Championship game that was delayed 20 minutes because the goals were too big.

Troy Deeney claimed his second goal of the season from the penalty spot 13 minutes into the first half before Juninho Bacuna doubled the visitors’ advantage with a long-range shot two minutes into the second period.

Deeney also missed a second-half spot-kick but Birmingham had already done enough to seal their first win at Hull since 2009, moving them into the top half of the table.

Defeat left the Tigers just above the drop zone and in need of something to spark their season back into life.

The kick-off time had to be pushed back after referee Leigh Doughty and his officials called workers in to cut the posts down to size before the goal-line technology was recalibrated.

Once adjustments had been made, the hosts started the better with Greg Docherty firing into the side-netting after two minutes.

Birmingham went ahead as Cyrus Christie was penalised for a foul on Krystian Bielik at a corner and Deeney fired the penalty high into the net.

Hull went close to an equaliser 10 minutes later from another corner which Christie headed goalward but John Ruddy pulled off a fine reaction save to his right with Oscar Estupinan inches short of a tap-in.

The Tigers largely kept Birmingham under pressure but were finding it hard to produce an end product.

Birmingham nearly added a second 10 minutes before the break as Bacuna cut in from the right but Nathan Baxter got down low to his right to turn his left-foot shot around the post.

Christie then burst into the Birmingham area but chipped just wide before Ozan Tufan curled off target and Jean Michael Seri saw his shot deflected wide as the home side searched in vain for a first-half leveller.

Birmingham doubled their lead early in the second half as Bacuna this time beat Baxter with a rising shot from 25 yards following a fine crossfield ball by Tahith Chong.

Alfie Jones headed in front of Auston Trusty at a corner to deny the visitors a third which would have sealed the three points with a little over 20 minutes of the game remaining.

Birmingham were awarded a second penalty as Baxter brought down Chong but this time Deeney hit his spot-kick well over after 74 minutes, with the keeper perhaps lucky to escape with a yellow card rather than a red.