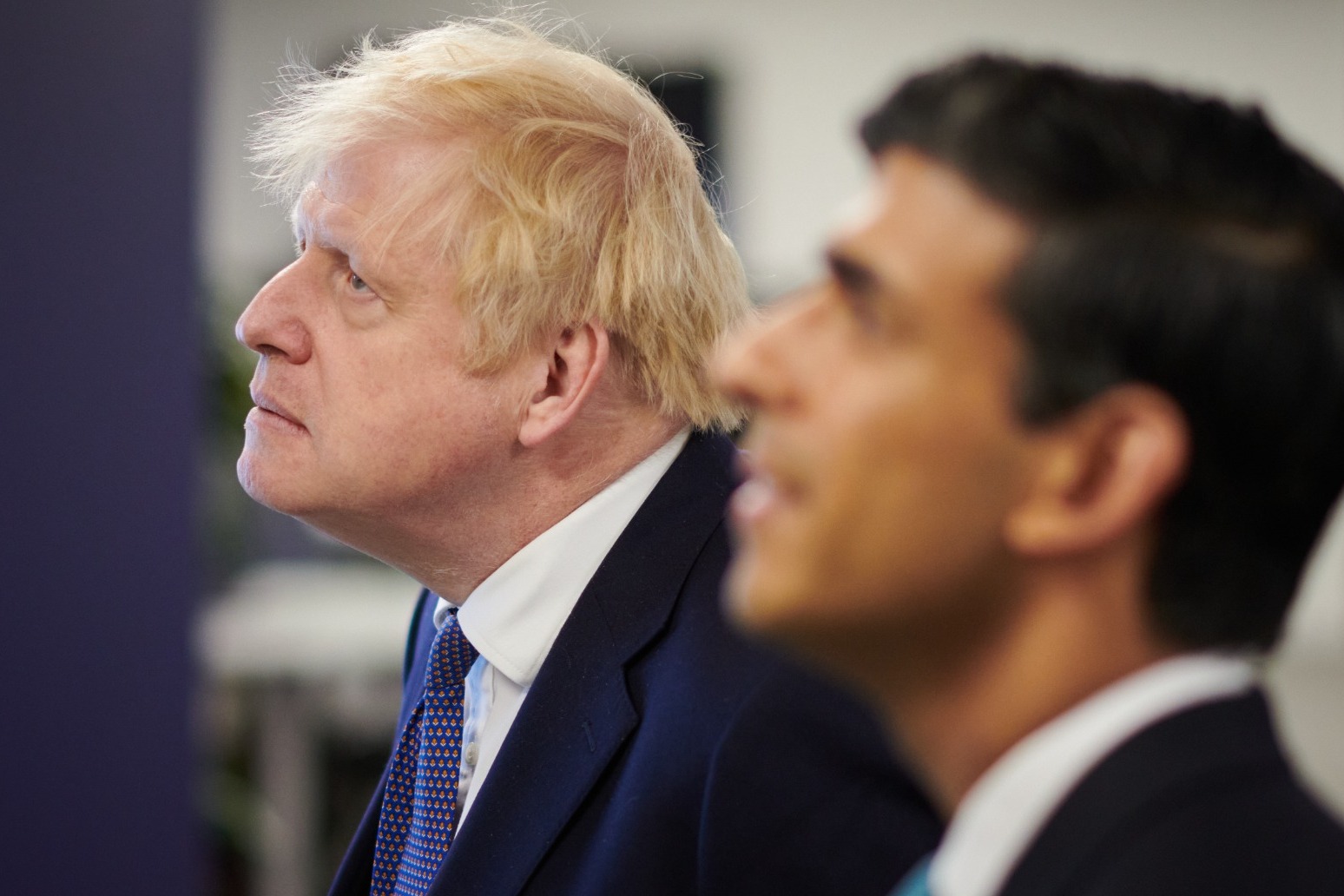 The former PM’s words came after he dropped out of the Tory leadership race – claiming he had the nominations needed to make it on to the ballot paper but admitting he could not unite the party.

His withdrawal, followed by Penny Mordaunt’s statement just before midday on Monday, paved the way for Mr Sunak to be successful in leadership contest.

Shortly after Mr Sunak’s first speech as Prime Minister on Tuesday, Mr Johnson tweeted: “Congratulations to Rishi Sunak on this historic day, this is the moment for every Conservative to give our new PM their full and wholehearted support.”

In his speech, Mr Sunak said he will “always be grateful” to Mr Johnson for his “incredible achievements” in No 10.

He pledged to deliver on the Conservative 2019 manifesto, insisting Mr Johnson would agree it is not “the sole property of any one individual”.

He said: “I will always be grateful to Boris Johnson for his incredible achievements as prime minister and I treasure his warmth and generosity of spirit.

“I know he would agree that the mandate my party earned in 2019 is not the sole property of any one individual, it is a mandate that belongs to and unites all of us.

“And the heart of that mandate is our manifesto. I will deliver on its promise.”

In a statement on Sunday evening, Mr Johnson said there was a “very good chance” he could have been back in No 10 by the end of the week if he had stood.

However, his efforts to “reach out” to his rivals – Mr Sunak and Ms Mordaunt – to work together in the national interest had not been successful so he was dropping out.