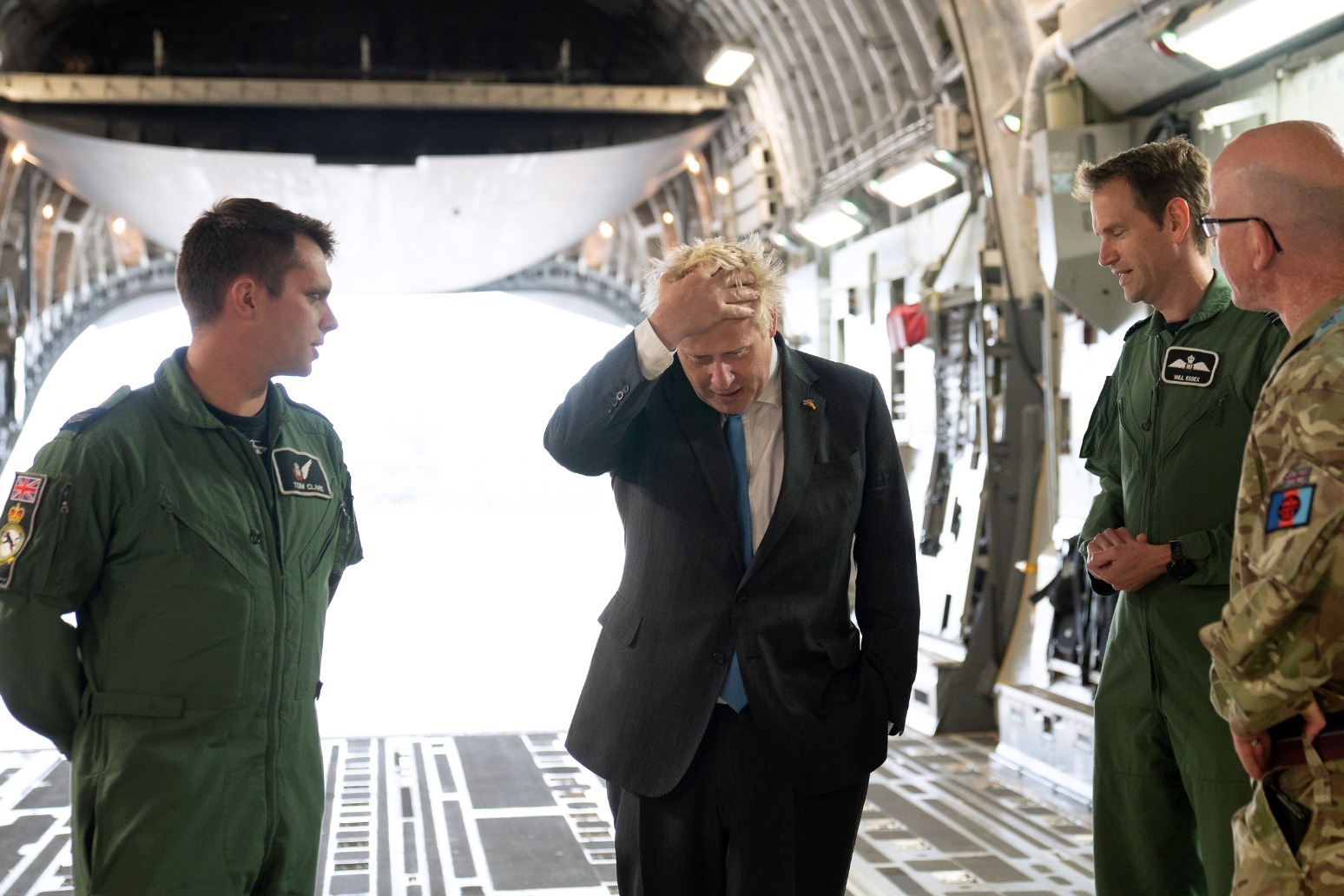 Prime Minister Boris Johnson has said he hopes Ukraine will be able to host next year’s Eurovision Song Contest, saying the country’s people “deserve to have it”.

The BBC is in talks with the European Broadcasting Union (EBU) about hosting the event after the body ruled it could not go ahead in the war-torn country as planned.

The UK was runner-up in the 2022 contest, while Ukrainian folk-rap group Kalush Orchestra swept to victory after a symbolic show of public support saw them soar to first place with 631 points.

Speaking to reporters at RAF Brize Norton after returning from an unannounced visit to Kyiv, Mr Johnson said he believed it should be possible for the music contest to go ahead there, despite the ongoing conflict with Russia.

“I have just been to Kyiv. I won’t say it is completely jiving and buzzing and popping but it is far, far more lively. People are much more confident. People are out in the streets eating in cafes and restaurants in a way that they weren’t a even few weeks ago,” he said.

“The Ukrainians won the Eurovision Song Contest. I know we had a fantastic entry, I know we came second and I’d love it to be in this country.

On Friday, the EBU announced that following a “full assessment and feasibility study” it had concluded the “security and operational guarantees” required to host the event in Ukraine could not be fulfilled by its public broadcaster, UA:PBC.

The channel, however, issued a statement claiming it had been “denied the right” to host the contest and called for negotiations on a new location to be put on hold.

Mykola Chernotytskyi, head of its managing board, said: “We are disappointed with this decision of the EBU.

“During this month, a large number of people in Ukraine have thrown all their efforts to fulfil the conditions for holding Eurovision in our country. Security is, of course, our first priority.

“The team of UA:PBC, state and local authorities did a thorough job and offered different options.

“It is a pity to see such an unappealable statement, therefore, we ask our partners to hold further negotiations.”

It comes after the UK’s Sam Ryder topped the jury vote in Turin in May but Kalush Orchestra went on to win overall following the public vote.

They had been the frontrunners since Russia’s invasion of Ukraine in February – which prompted organisers to ban the Russian entrant from competing.

Ukraine joined the international contest in 2003 and its three wins make it one of the most successful of the newer competitor countries, having also triumphed in 2004 and 2016.