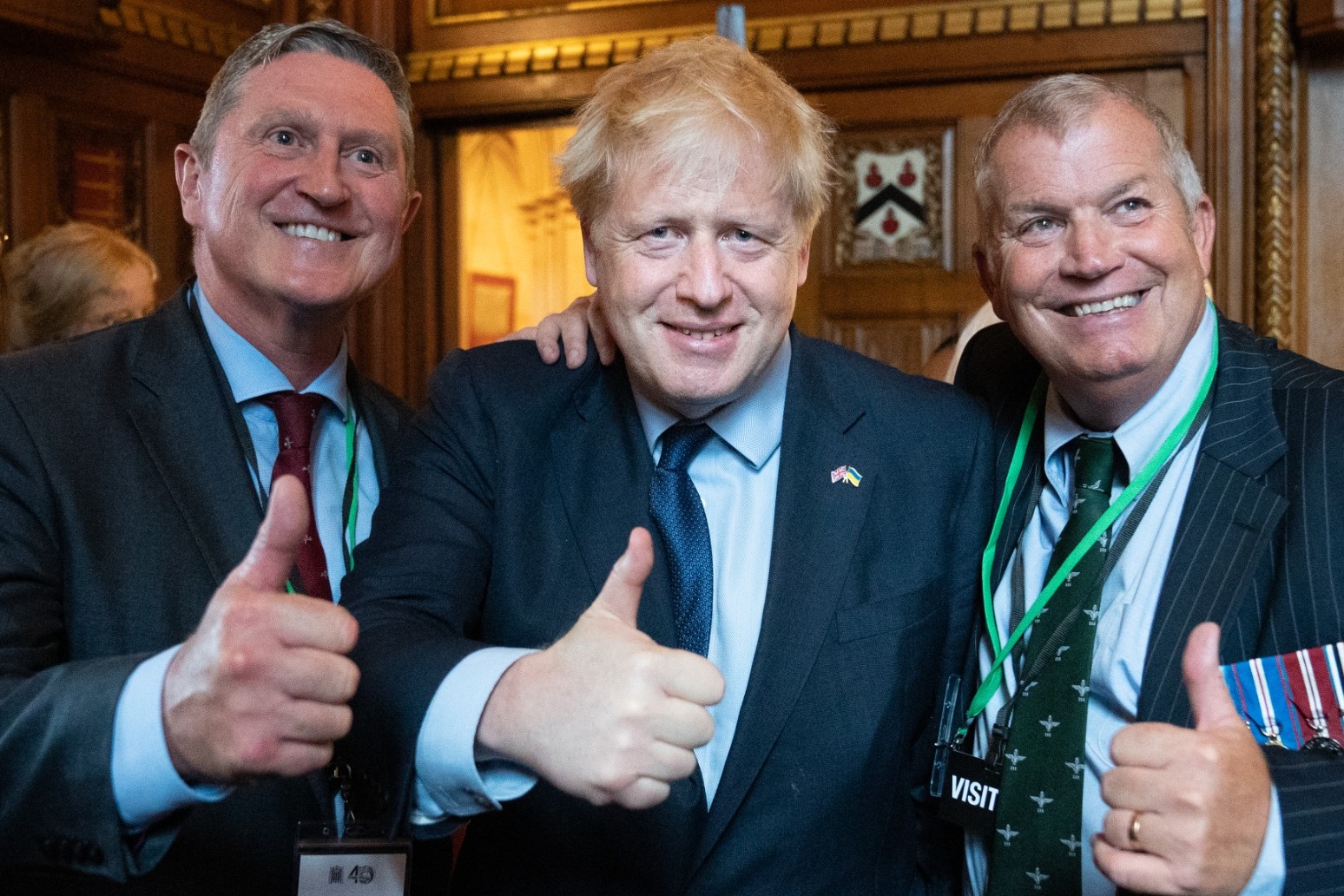 Boris Johnson is to face Parliament on Wednesday for the first time since the damaging revolt by Tory MPs in Monday’s confidence vote.

Backers of the Prime Minister can be expected to stage a noisy show of support when he steps up for his weekly Commons questions.

But behind the scenes, tensions are running high after 40% of Conservative MPs refused to support him in the vote of confidence.

Although Mr Johnson survived, by 211 votes to 148, critics warned that he had been severely wounded by the scale of the rebellion and could be gone before the end of the year.

While it was the Sue Gray report into lockdown parties in Downing Street which prompted the vote, it also revealed deep unhappiness among MPs on different wings of the party across a range of issues.

They include promised legislation to override the Northern Ireland Protocol with the EU, as well as concerns over the high levels of tax and spend amid reports that rebel MPs could start staging “vote strikes” on policies they oppose.

After Mr Johnson insisted on Tuesday it remained a “fundamental Conservative instinct” to cut taxes, Chancellor Rishi Sunak used a speech to the Onward think tank to reaffirm his intention to reduce taxes for business in the autumn.

It followed a call from former Brexit minister Lord Frost for previously announced rises to national insurance and corporation tax to be reversed, warning they were “not Conservative” and were “undermining growth and prosperity”.

His view that the Government needs to move on to a tax cutting agenda in order to shore up Mr Johnson’s leadership is reportedly shared by some in the Cabinet.

Meanwhile, The Daily Telegraph reported that allies of the Prime Minister were urging him to replace Mr Sunak with former foreign secretary Jeremy Hunt.

Mr Hunt – who was runner-up to Mr Johnson in the 2019 leadership election and is expected to stand again if there is another contest – infuriated some in the Cabinet when he announced he would be voting for “change” in the confidence vote.

However, the Telegraph said proponents of the idea argue that bringing back his rival into the Cabinet would help stabilise Mr Johnson’s leadership, heal rifts within the party while binding Mr Hunt to the Prime Minister’s agenda.

Under current party rules, Mr Johnson is safe now from another formal confidence vote, although the backbench 1922 Committee could potentially rewrite the regulations if there is renewed pressure for change.

Former YouGov president Peter Kellner seemingly suggested the rules should be changed so ministers and their aides could not take part in confidence votes.

“The 1922 Committee exists to represent Tory backbenchers. Suppose it had done so this week,” he wrote in a letter to the editor of The Times.

“It would have honoured the electorate’s wish to depose Johnson, the need for effective government and the electoral interests of the Conservative Party — had its rules allowed it to bar ministers and their aides from taking part in Monday’s vote.

“Johnson would be out, as should any party leader who cannot retain the loyalty of their backbenchers.”

At the moment, there would appear to be no appetite among the rebels for another immediate move against the Prime Minister.

However, he has two tricky by-elections coming up in Wakefield, West Yorkshire, and in Tiverton and Honiton, Devon, amid warnings they could fall to the Labour and the Liberal Democrats respectively.

Such a double defeat could be the catalyst for a fresh bout of soul-searching within the party, leading to renewed demands for change at the top.

Despite the speculation, one Cabinet ally – Business Secretary Kwasi Kwarteng – said he was “pretty confident” that Mr Johnson would still lead them into the next general election.

“I’m pretty confident he will but lots of things happen in politics, I’m 100% behind him,” he told Channel 4 News on Tuesday.

“As far as this particular Prime Minister is concerned, he has been written off dozens of times. He’s somebody who’s extremely resilient and is extremely focused on delivering what matters to people.”