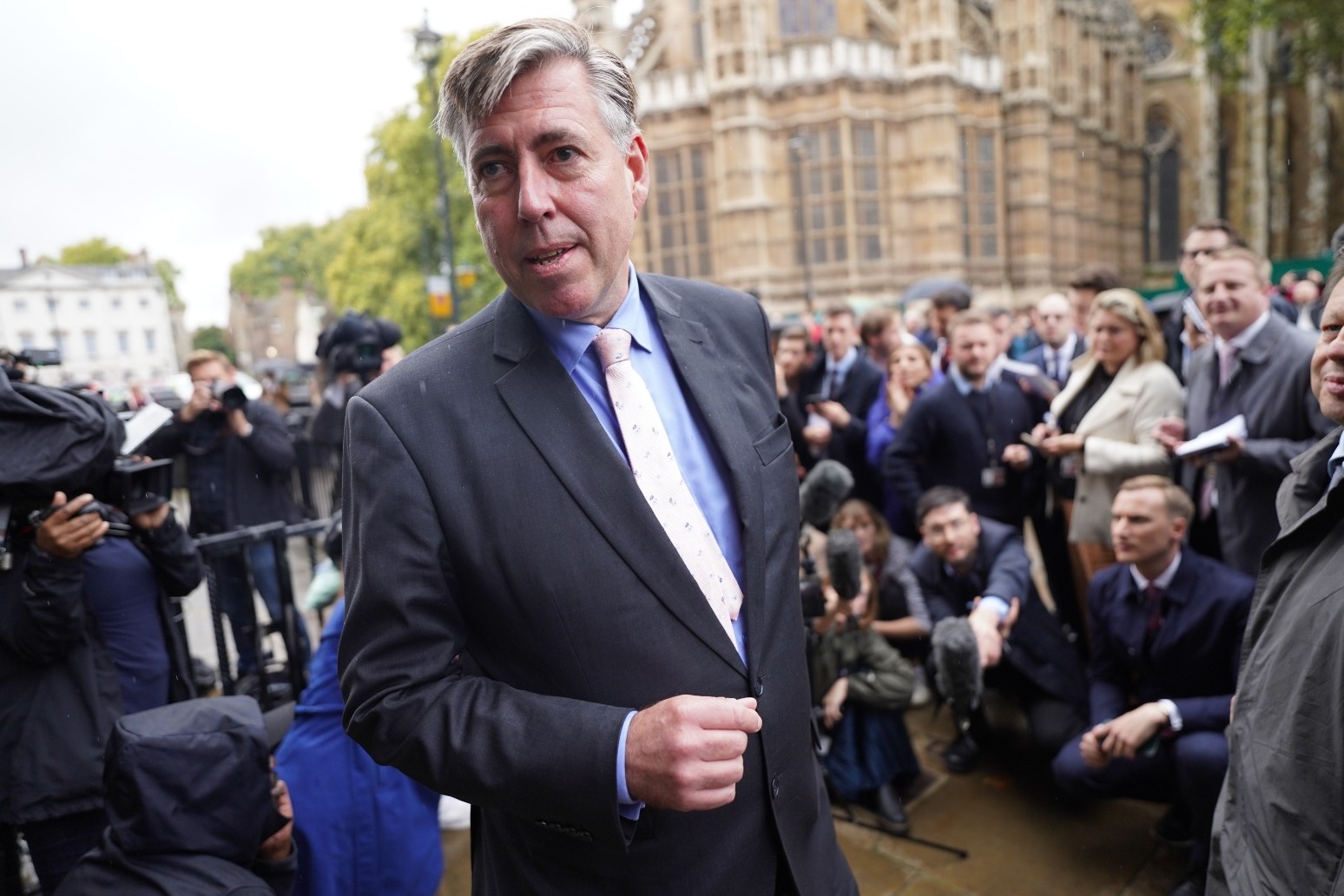 Chairman of the 1922 Committee, Sir Graham Brady, says he expects a new leader of the Conservative party by a week on Friday.

Ms Truss has resigned as Tory leader after a chaotic 44 days in office, and now Sir Graham wants with a new prime minister  to be in place by the end of next week.

The Tories will now will begin the process again to find a replacement who will become the third leader in two months.

Chancellor Jeremy Hunt was quick to rule himself out as he focuses on calming the financial markets, while Michael Gove will also sit out the contest.

Commons Leader Penny Mordaunt, viewed as a potential leadership contender after coming third among MPs in the last contest, said she would “keep calm and carry on”.

Sir Graham said the process could be concluded by October 28 so the new leader can be in place in time for a crucial financial statement on October 31 which is intended to reassure the City of London that the Government has a plan to repair the nation’s finances.

He said there was an expectation that Tory members would be involved in the process but “I think we’re deeply conscious of the imperative in the national interest of resolving this clearly and quickly”.

The contest to replace Mr Johnson lasted longer than Ms Truss’s premiership, paralysing the Government at a time of a cost-of-living crisis.