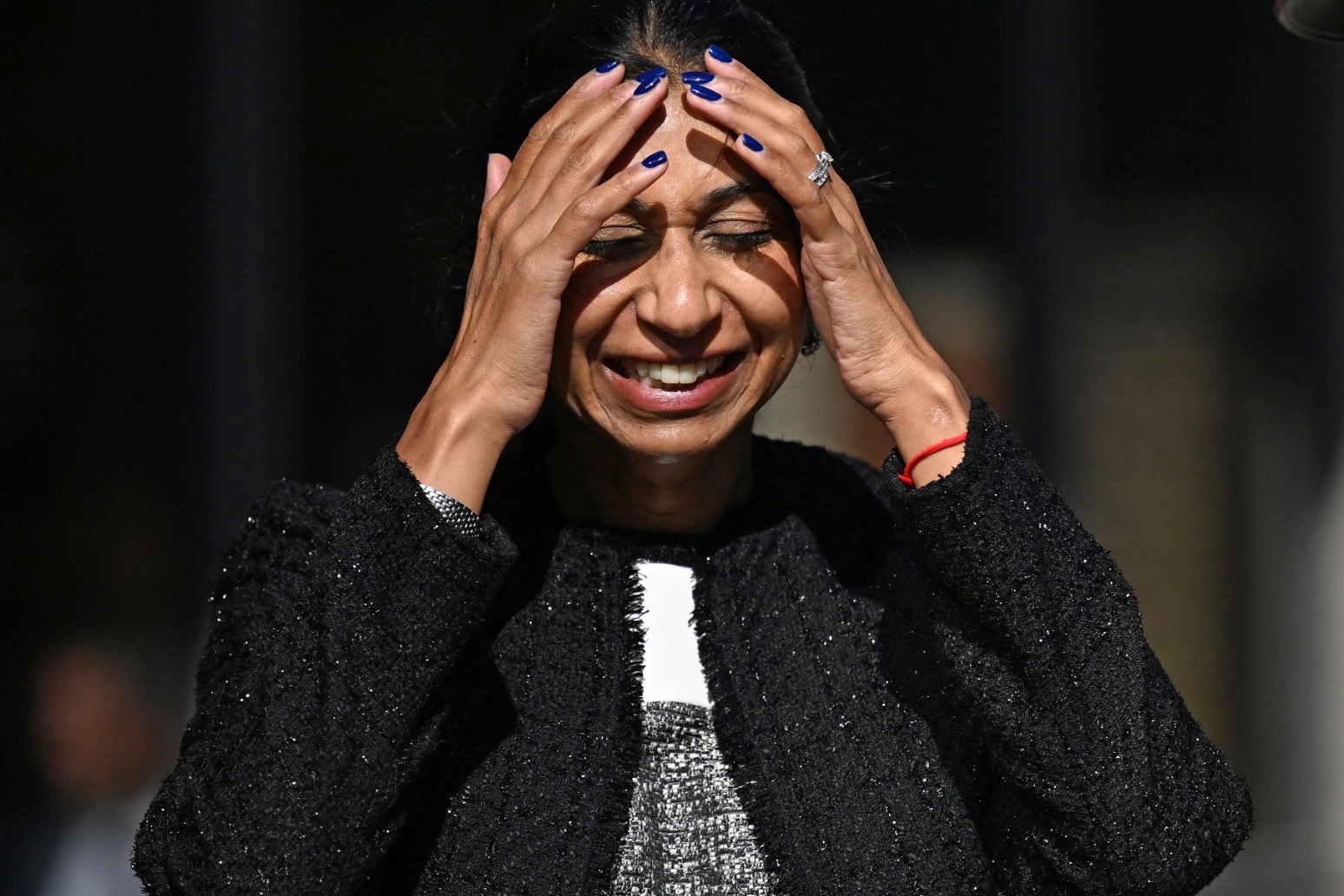 Suella Braverman has criticised Liz Truss’s premiership as she quit as home secretary but Downing Street says the Chief Whip and the Deputy remain in post.

The popular figure among the Tory right said she had made a “technical infringement” of the rules by sending an official document from a personal email and was now taking responsibility.

“I have made a mistake; I accept responsibility; I resign,” she wrote in a barely coded dig at the Prime Minister whose disastrous mini-budget sparked financial turmoil.

Farcical scenes then erupted in the House of Commons as the Government appeared to U-turn on a threat to strip the whip from Conservative MPs if they backed a fracking ban after a series of Tory MPs signalled they would not take part in the vote.

Allegations of bullying were also levelled against Government whips, with Labour former minister Chris Bryant saying some MPs had been “physically manhandled into another lobby and being bullied”.

Conservative deputy chief whip Craig Whittaker had issued a “100% hard” three-line whip, meaning any Tory MP that rebelled could be thrown out of the parliamentary party, but climate minister Graham Stuart caused confusion by telling the Commons minutes before the vote that “quite clearly this is not a confidence vote”.

According to unverified reports, Chief Whip Wendy Morton and Mr Whittaker had quit amid the chaos, but Downing Street says this is not the case.

Labour’s fracking ban motion was defeated by 230 votes to 326, majority 96, with the division list showing 40 Conservative MPs did not take part in the fracking vote.

In her resignation letter, Ms Braverman wrote: “The business of government relies upon people accepting responsibility for their mistakes.

“Pretending we haven’t made mistakes, carrying on as if everyone can’t see that we have made them, and hoping that things will magically come right is not serious politics.

“It is obvious to everyone that we are going through a tumultuous time.”

Grant Shapps, a backer of Rishi Sunak in the Tory leadership race and a critic of Ms Truss’s subsequently abandoned plan to abolish the top rate of income tax, replaced Ms Braverman as Home Secretary.

The former transport secretary spent the Conservative Party conference earlier this month warning that Tory MPs would not “sit on their hands” in ousting Ms Truss without improvement.

Speaking to reporters outside the Home Office, he acknowledged a “turbulent time” but said he is looking forward to getting on with the job “regardless of what’s happening otherwise in Westminster”.

Ms Braverman, a former contender for the Tory leadership, also said she has “concerns about the direction of this Government”, warning that ministers have “broken key pledges” to voters.

In a brief response, Ms Truss said: “It is important that the ministerial code is upheld and that Cabinet confidentiality is respected.”