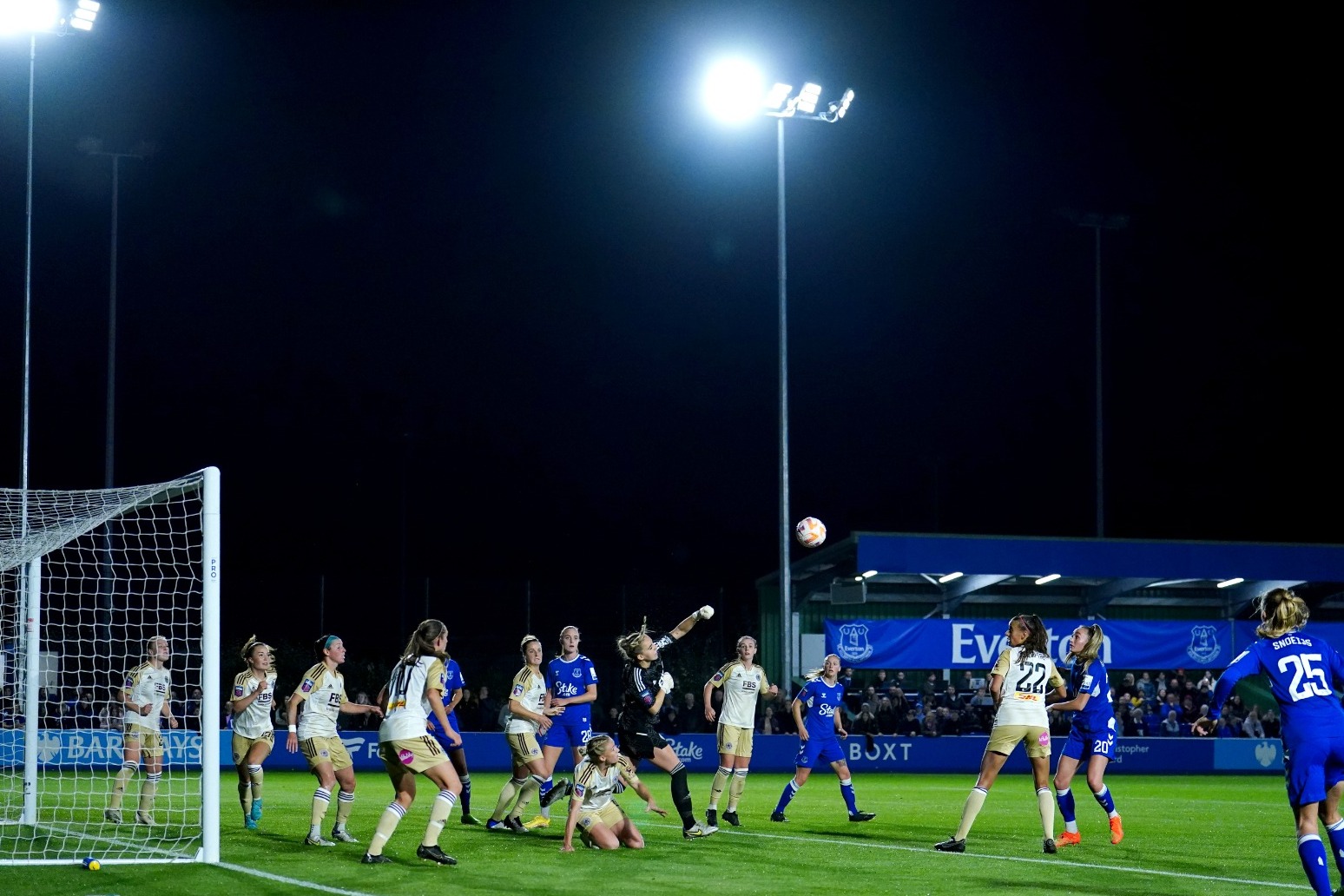 Everton boss Brian Sorensen believes his side are heading in the right direction as they prepare to play Tottenham away in their last Women’s Super League match before the winter break.

Following Sorensen’s arrival over the summer, the Toffees have won three and lost five of their eight WSL games so far this season and lie eighth in the table.

Their last three outings have been defeats against sides in the current top four, being beaten 3-0 by Manchester United, 2-1 by Manchester City and 1-0 by Arsenal.

Sorensen told a press conference on Tuesday: “We had three really tough opponents, and I’m happy with two of the games – City and Arsenal, I think we made a good performance.

“We see the process the team are making, that’s what we look at, and that’s the promising thing – we are heading in the right direction.

“I think the belief in what we are doing is there, I can see that. We haven’t closed the gap, but we’re working to make it smaller.

“We are realistic, it’s not just come in, recruit 10 new players and then suddenly be top four. They are a different level in so many aspects.

“We’re here to try to build something, and I can see we are taking all the right steps (this season in general).

“We want to create more goalscoring opportunities, that’s for sure. It’s also what type of players have been available – I think we are there now where we still have a couple out but it’s been consistent for the last month in terms of having the attacking players back and fit. We’re definitely taking steps in the right direction.”

Everton face a Spurs outfit lying a place above them, with the same points tally and goal difference, and also on a three-game losing run.

Sorensen said: “I think they want to try to see if they can bite back also, so we need to be ready, and if we win then we are in the table where we want to be and can go on a Christmas break with confidence.”

The game had originally been set to take place on November 6, but Tottenham announced just a few hours before the scheduled kick-off that it had been postponed due to a waterlogged pitch.

Everton’s last fixture, at Brighton on Sunday, was also postponed, the Seagulls announcing the day before that it would be given a new date because of a frozen pitch.

Sorensen said: “I really hope we play, because it’s not fun to go to London and then it’s postponed on the day. Luckily Brighton was in advance, so we hadn’t left Liverpool.

“What we know is the pitch should be OK, it’s covered. So the only thing is does the weather change a lot so that the surrounding areas, for some reason a safety (decision) has to be taken there – that’s probably the only thing that could postpone it again. But cross our fingers that the weather is on our side.”

Skinner says her side are determined to right the wrongs of their derby defeat to the Hammers.

She said: “We felt that we played really good football so there were positives to take from that aspect.

“But we were disappointed with the way we played in the second half. Moving forward, we are all determined to get back on the pitch and rectify that. The players have been excellent in training and they are focused on getting things right.”