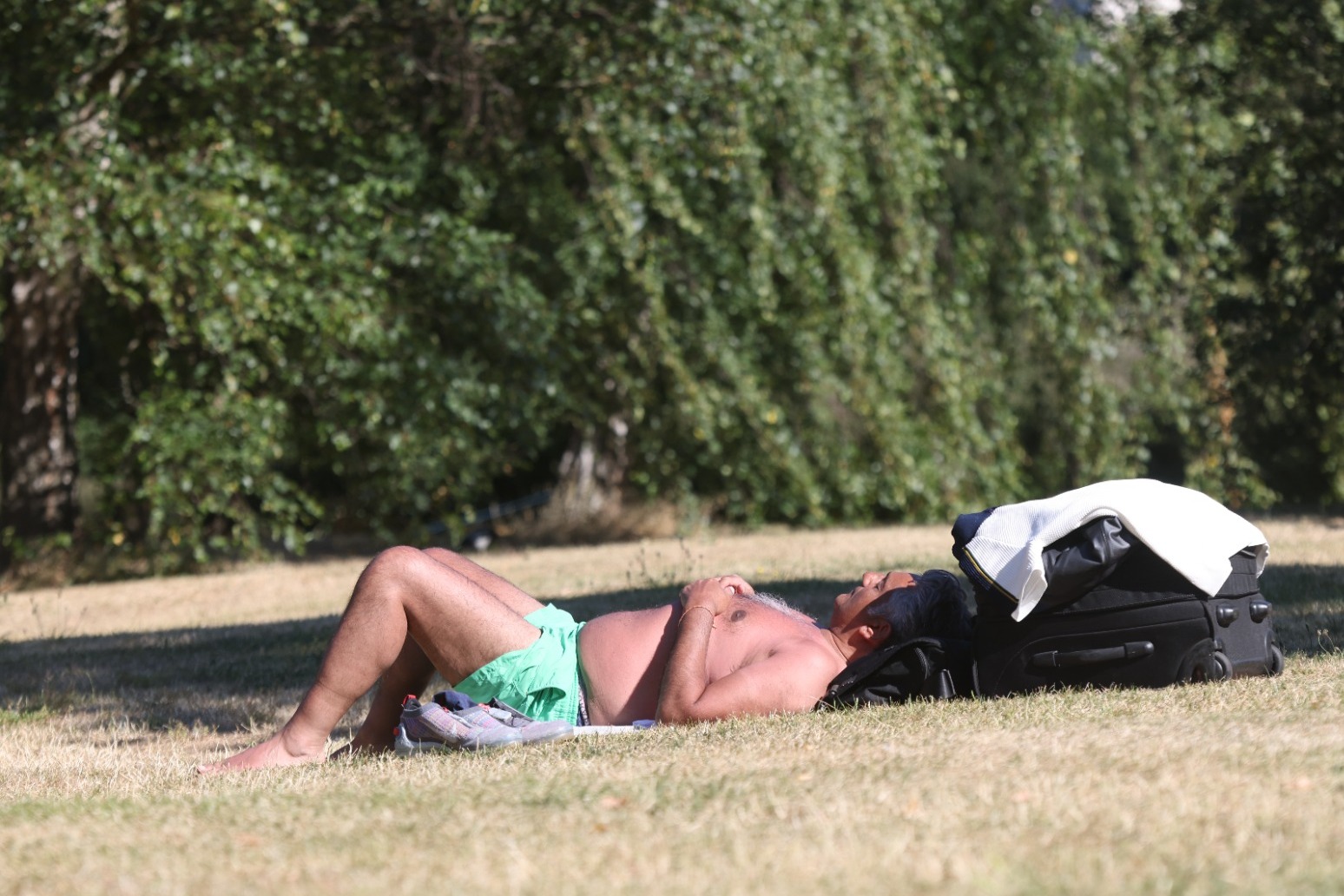 Temperatures are expected to soar this week – ahead of a further blast of hot weather over the weekend.

The Met Office said highs of 33C are expected in some areas on Monday afternoon, with central, southern and eastern England all experiencing the rising temperatures during the heatwave.

It could mark the hottest day of the year so far, with the UK’s record high for this year currently standing at 32.7C. It was recorded at Heathrow on June 17.

The warm weather is expected continue through the week in the high 20s for most until the weekend, when the mercury may rise again to 31C in places such as London, Reading and Oxford.

This means parts of the country will be hotter than some of the world’s top beach destinations, including the Maldives and Marbella in Spain.

A Level Three Heat Health Alert has been issued by the Met Office and the UK Health Security Agency (UKHSA) from 9am on Monday to 9am on Friday in the east and south-east of England, with the rest of the nation having a level 2 alert in place.

The four-level system highlights the potential health impacts of these high temperatures.

Councils are advising people to take precautions amid the soaring temperatures.

The Local Government Association (LGA), which represents councils in England and Wales, has encouraged people to enjoy the sun safely and to check up on those who may be more vulnerable, including the elderly and those with heart and respiratory problems.

Water companies, meanwhile, are urging people not to waste water during the heatwave this week.

Suppliers have said that higher demand and irresponsible use during hot weather spells can lead to people not having any water running through their taps.

This is not due to a shortage, but to do with companies not being able to treat water quick enough to keep up with the demand.

They have urged people to find alternatives to cooling down rather than having cold showers, including taking a dip in a local swimming pool or the sea.

Met Office forecaster Greg Dewhurst told the PA news agency that England and Wales will experience sunshine on Monday, while Scotland and Northern Ireland are expected to have a cloudy day with warm temperatures.

“For most of us it will be a dry and sunny day, well into the high 20s from the morning, with central, southern and eastern parts of England to possibly see maximum highs of 33C,” he said.

“So it’s very possible tomorrow will be the hottest day of the year so far, it will certainly be on par with the existing record, maybe more.

“It will also be very warm overnight going into Tuesday, remaining in the low 20s in cities, so many may experience an uncomfortable night.”

A spokesman from Southern Water said: “When the weather hots up, we all use more water and we can see our daily demand jump by hundreds of millions of litres. Drier weather means less rainfall too and this year we have experienced long periods. The places that we extract water from to supply our customers, like groundwater, rivers and reservoirs, will be lower.

“We do not anticipate the need for temporary use bans across the whole of our region in the coming months. However, we may require extra measures in certain areas where water is scarcer and the pressure on supply is greatest, such as Hampshire and the Isle of Wight. We are working closely with local communities and partner agencies in these areas, to keep disruption to a minimum.”

Affinity Water, which supplies parts of the southern and eastern parts of the UK, has urged people to avoid using sprinklers and hosepipes to save 1,000 litres an hour, but added there is not an outright hosepipe ban.

The company has also suggested to avoid using large inflatable pools, only using dishwashers and washing machines when full and turning off the tap when brushing your teeth.

The whole of England is largely expected to experience sunny days with some cloud over the next week to match the temperatures of mid to high 20s.

The forecaster has predicted it will cool off a little on Friday, with the north-west and north-east of England predicted to have some rain with temperatures reaching highs of 19C, ahead of a warmer weekend.

Scotland and Northern Ireland meanwhile are predicted to have a cloudier week ahead, with rain forecast for Tuesday and Friday.

Clouds with sunny spells could be widespread across the two areas for the rest of the week, with temperatures remaining in the mid to high teens throughout the week.

They will also benefit from the scorching weekend temperatures ahead alongside some cloud, with highs of 22C predicted in Glasgow and Belfast.