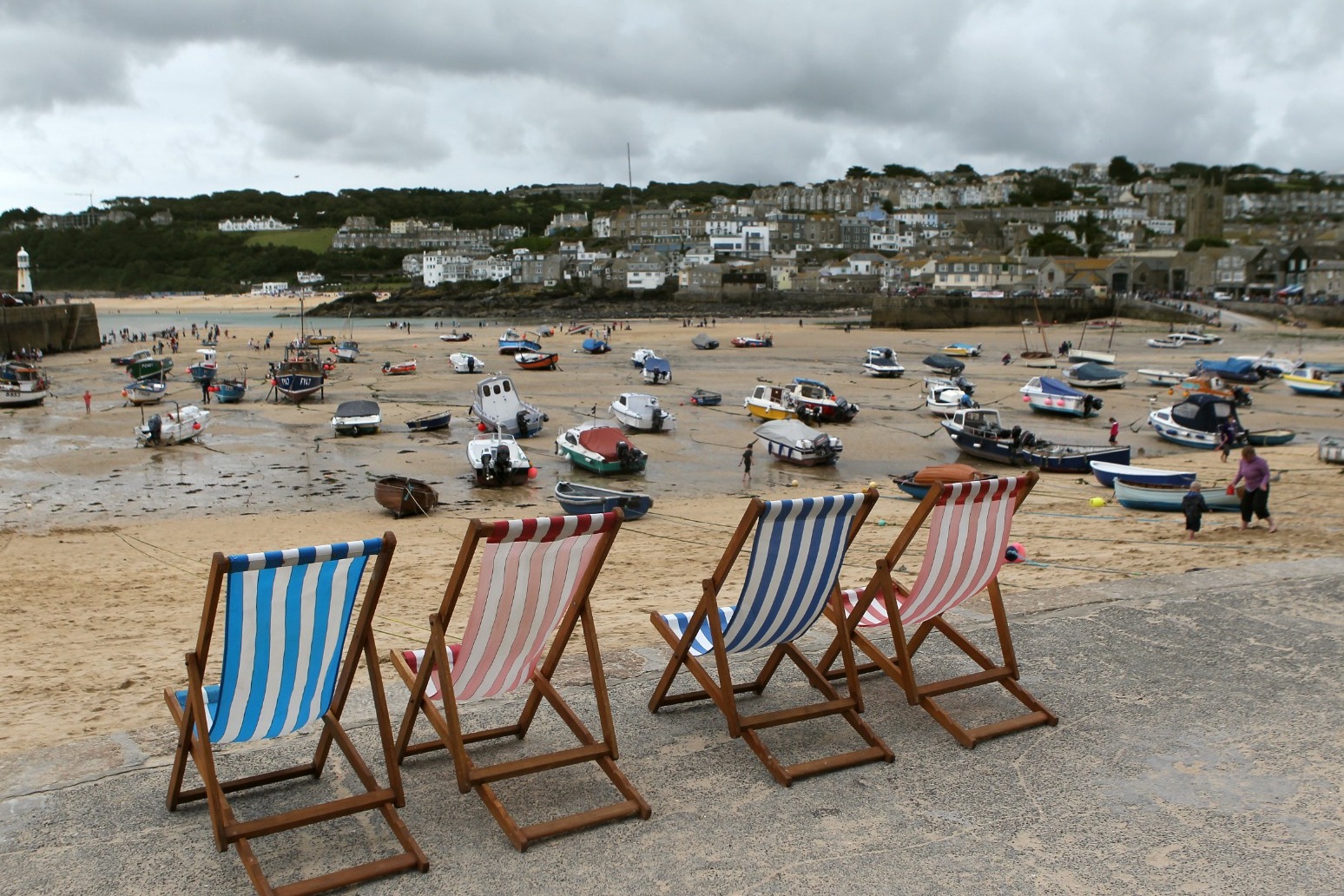 St Ives has been crowned Britain’s happiest place to live in an annual survey.

The Cornish seaside town overtook Hexham in Northumberland to take this year’s top spot in Rightmove’s survey, having alternated with the market town for first place since 2019.

Hexham was placed fourth in this year’s study.

More than 21,000 people responded to Rightmove’s Happy at Home Index, which asks residents how they feel about where they live.

Locations are ranked based on factors such as whether people feel there is a sense of belonging, the proximity to green spaces, local amenities and whether there is a community spirit.

The residents of St Ives scored the area highly for its sense of community spirit, the sense of belonging the residents have, and how comfortable residents feel to be themselves, Rightmove said.

However, the typical house price in St Ives has increased significantly and inquiries to buy a home in Cornwall are 9% higher than 2019, Rightmove found.

This is higher than the average asking price across Britain of £366,999.

Paul Le Bas, sales business development manager at Millerson sales and letting agents in St Ives said: “The coastal walks are second to none. From Porthminster round to Clodgy the views are stunning as you look out over the turquoise seas.”

Galashiels in the Scottish Borders is second in this year’s list, and the market town of Woodbridge in Suffolk is third.

Residents of Galashiels scored it particularly highly on the friendliness and politeness of the people – scoring top for this across Britain – Rightmove said.

Alice Brown, a valuer at estate agent Rettie & Co Borders said: “Steeped in history, Galashiels has a wide variety of housing from classic period properties to new builds, offering something for every type of buyer.

“The countryside surrounding Galashiels also has much to offer, especially for those with an interest in rural pursuits such as walking, trail running, biking, wild swimming, et cetera.

“In terms of entertainment, a variety of amenities are on the doorstep, including a cinema, gyms, a swimming pool, supermarkets, independent shops, cafes, a retail park, restaurants and well-regarded schools.

“The recently-established Heartland Market brings together the town and local businesses.”

Anglesey was found to be the happiest place to live in Wales.

Tim Bannister, Rightmove’s director of property science said: “This year’s Happy at Home survey really shows that the things that make people happy to live in their area are not so much the physical aspects of that area but more the personal aspects, such as our sense of belonging, the community and the people.

“The last few months have undoubtedly been difficult for many, and as we learned during another difficult period in 2020, this is often when we look to our local area and community for support and happiness.”