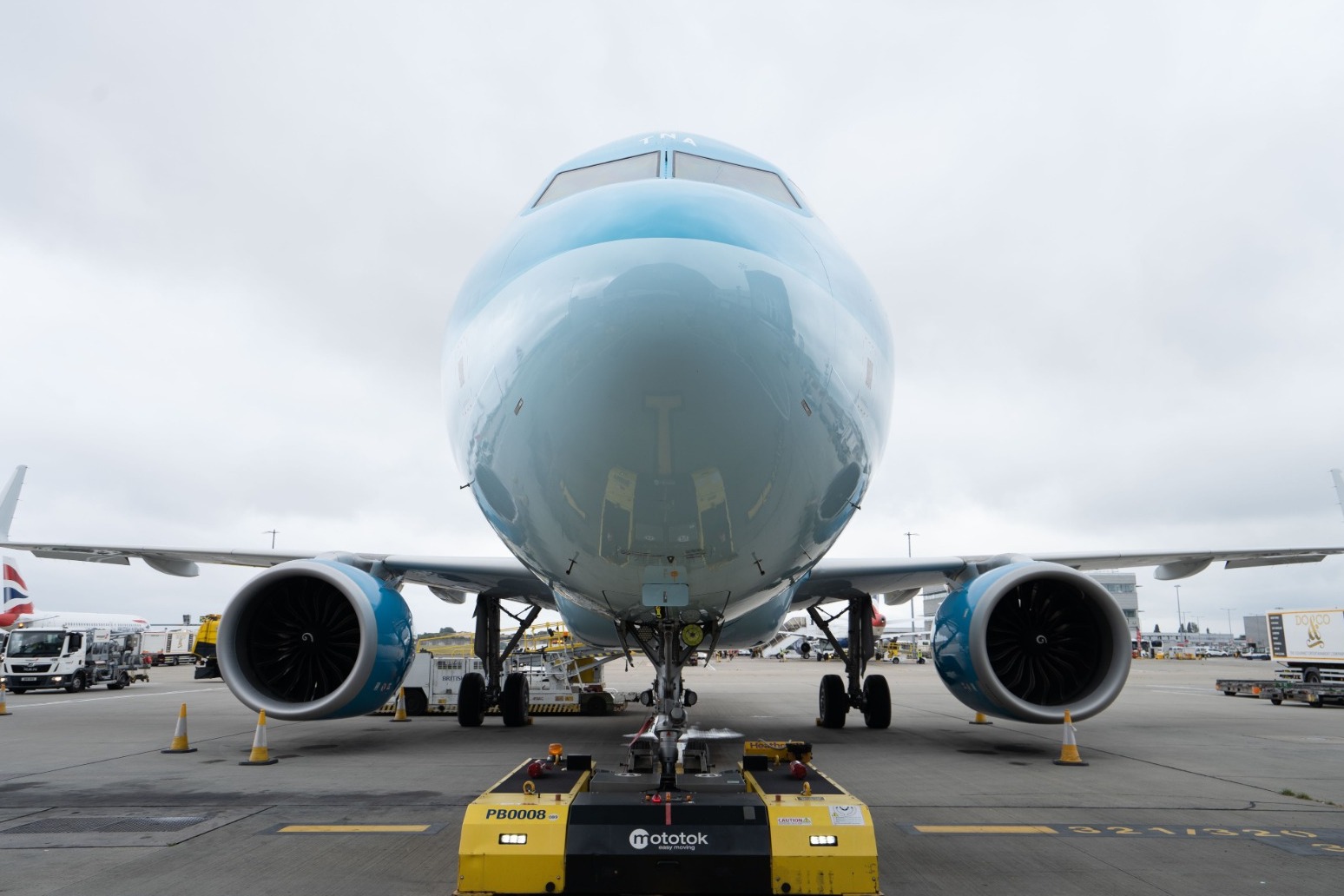 The airline said the flight from London Heathrow to Glasgow demonstrated how “aviation is decarbonising”.

CO2 emissions from Tuesday’s flight were 62% lower than a so-called “perfect flight” which it operated from London to Edinburgh with as few emissions as possible in 2010.

The reduction was driven by a combination of innovations including more efficient aircraft and operations, contributing to a cut of 34 percentage points.

The flight was operated by an Airbus A320neo with a special sustainability livery.

It is the quietest and most fuel-efficient short-haul plane in British Airways’ fleet.

The plane was directly powered by SAF blended at 35% with traditional jet fuel, provided by energy giant BP.

SAF is produced with materials other than crude oil, and produces up to 80% less carbon emissions.

It is more expensive than traditional fuel, but it is hoped technological advances will reduce costs.

The use of SAF on Tuesday’s flight contributed to a 28 percentage point cut in overall CO2 emissions compared with the 2010 flight.

British Airways said the London-Glasgow flight was carbon neutral as it offset the remaining carbon emissions.

The airline’s chief executive Sean Doyle said: “This flight offered a practical demonstration of the progress we’re making in our carbon reduction journey.

“By working together with our industry partners we’ve delivered a 62% improvement in emissions reductions compared to a decade ago.

“This marks real progress in our efforts to decarbonise and shows our determination to continue innovating, working with governments and industry and accelerating the adoption of new low carbon solutions to get us closer still to the perfect flight of the future.”