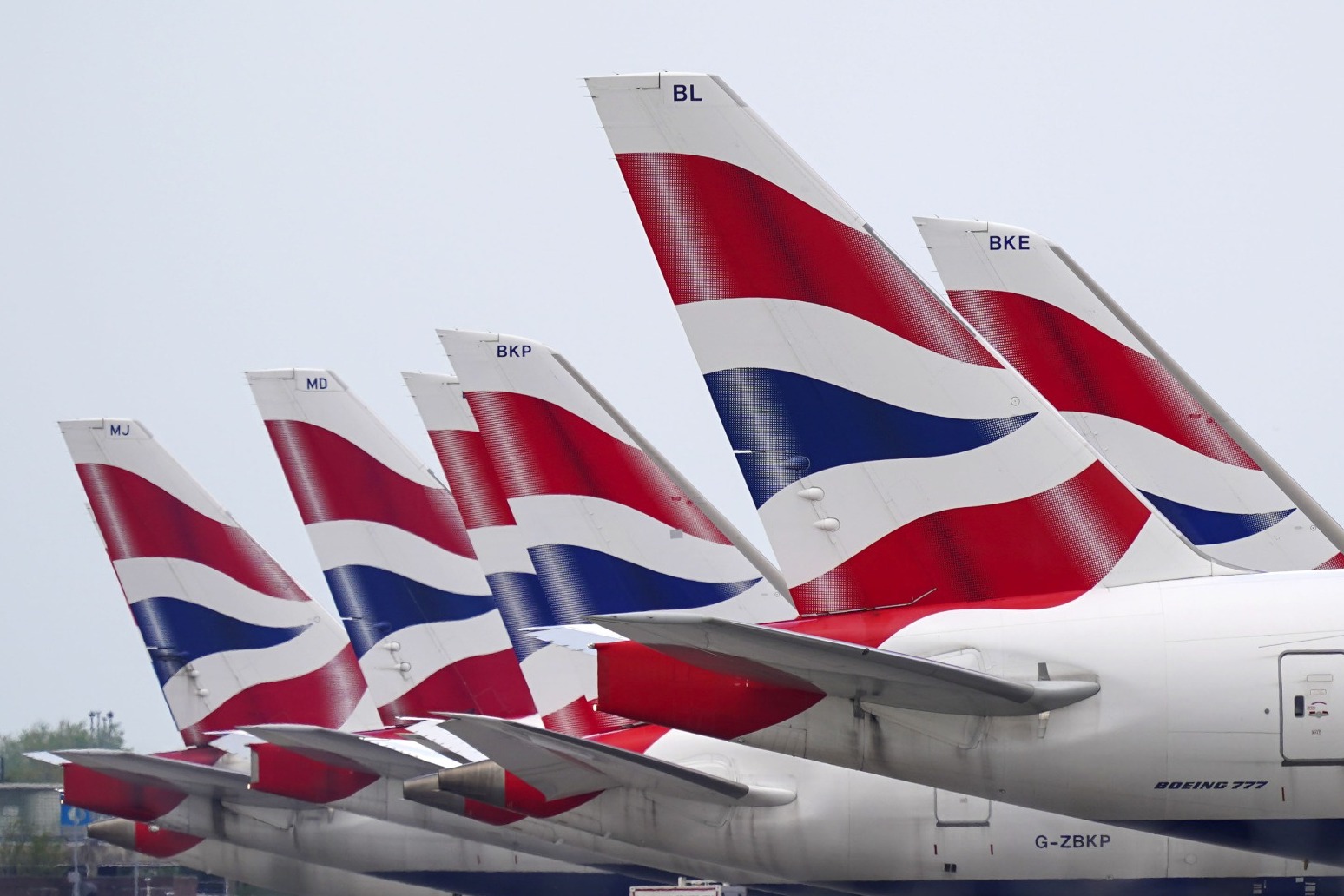 The owner of British Airways and Iberia has seen its revenues recover to pre-pandemic levels and revealed it returned to profit in the third quarter.

International Consolidated Airlines Group (IAG) reported operating profits of 1.2 billion euros (£1 billion) in the three months to September 30, after it swung to a loss of 452 million euros (£390 million) last year.

It took a heavy hit during the pandemic and was still loss-making earlier this year, reporting pre-tax losses of £916 million in the first quarter, after the Omicron variant drastically reduced the number of passengers.

But the group reported strong passenger demand in its latest results and saw its revenues just overtake pre-pandemic levels by 0.9%.

Although passenger capacity was still only 81% this year on pre-pandemic levels.

And the group said that average spot prices of jet fuel almost doubled this year compared with last.

Prices shot up from March, when Russia’s war in Ukraine began and sparked rising costs for commodities around the world.

Furthermore, the airline reported that it had been adversely impacted by fluctuations in foreign exchange rates with the US dollar strengthening 10% against the euro and 7% against the pound in the first nine months of 2022 compared to last year.

Considering the current higher fuel prices and exchange rates, IAG said it expects its full-year operating profits, before exceptional items, to be around 1.1 billion euros (£95 million).

Luis Gallego, IAG’s chief executive, said: “All our airlines were significantly profitable and we are continuing to see strong passenger demand while capacity and load factors recover.

“While demand remains strong, we are conscious of the uncertainties in the economic outlook and the ongoing pressures on households.

“Against this backdrop, we are focused on adapting our operations to meet demand, strengthening our balance sheet by rebuilding our profitability and cashflows, and capitalising on our high level of liquidity.”