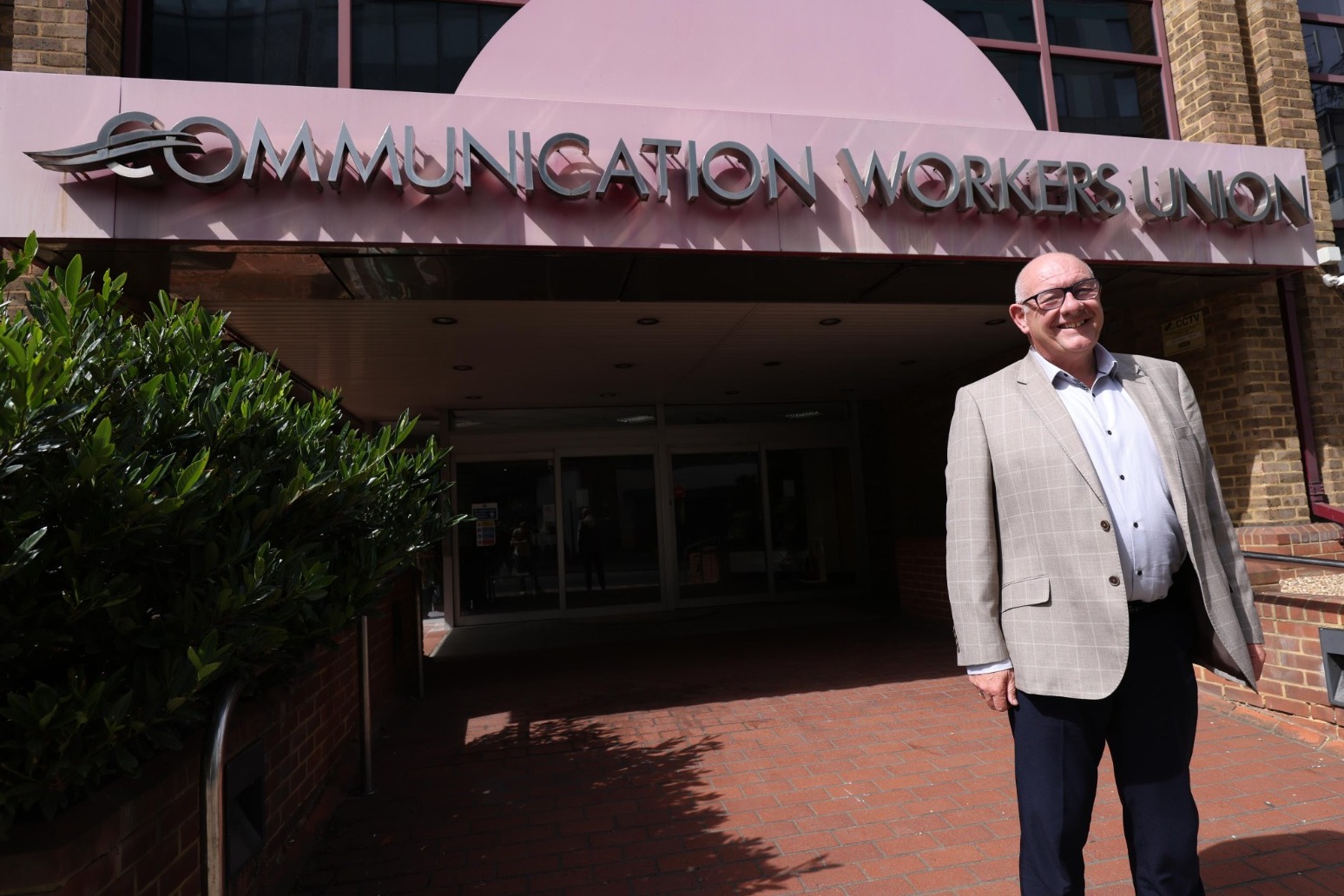 BT workers have voted overwhelmingly in favour of strikes in a dispute over pay.

General secretary Dave Ward said BT was facing the first national strike since the company was privatised in the 1980s.

Mr Ward said it was the first time a group of call centre workers had voted for industrial action.

A vote by CWU members at EE failed by a few votes to reach the legal threshold.

Mr Ward said he expected BT to offer a “significantly improved” pay rise by next week or strike dates will be set.

The union said it wanted a “substantial” pay rise, especially with the spiralling rate of inflation, arguing that BT could afford it.

A BT Group spokesperson said: “BT Group awarded its highest pay rise for frontline colleagues in more than 20 years – an average 5% increase and up to 8% for those on the lowest salaries.

“At the same time, we’re in the middle of a once-in-a-generation investment programme to upgrade the country’s broadband and mobile networks.

“These investments are vital for the benefit of our millions of customers and for the UK economy. Above all, they are central to the success of this business – and its colleagues – now and in the future.

“Our job is to balance the competing demands of BT Group’s stakeholders and that requires careful management, especially in a challenging economic environment.

“The result of the CWU’s ballot is a disappointment but we will work to keep our customers and the country connected.”

Mr Ward said: “Our membership faced the challenges of home working, high staff turnover, and a real culture of fear created by senior management to deliver an overwhelming show of support for strike action.

“Call centre workers are some of the most casualised and isolated workforces in this country. They are notoriously difficult to organise, and the unprecedented vote they have taken today demonstrates the anger so many people feel in this country today.

“Our members were never going to accept imposition. BT Group thought they could get away with bullying treatment – they were wrong.

“These workers kept this country connected during the pandemic. Without CWU members working across BT Group, there would have been no home-working revolution.

“This work, which was done under great difficulty and often came with tremendous personal sacrifice, delivered £1.3 billion profits for the company.

“The reward for our members? The imposition of a below-inflation increase – the very same workers who delivered profits that more like lottery numbers than actual wages.

“This situation is unjust, but it’s also untenable – people will not work harder and harder for less and less forever.”

CWU deputy general secretary Andy Kerr said: “This vote has shown the power of our members, who will not simply accept such a dramatic deterioration of their living conditions.

“At the beginning of this ballot, we said we would be still open to negotiations. Our word still stands, and we still commit to meaningful discussions.

“We invite BT Group to remove this weak, insulting pay imposition in favour of a fresh offer.

“I sincerely hope that this result will make them come to their senses. But make no mistake – if BT Group do not respond in kind, we will not hesitate to serve notice for strike action.”