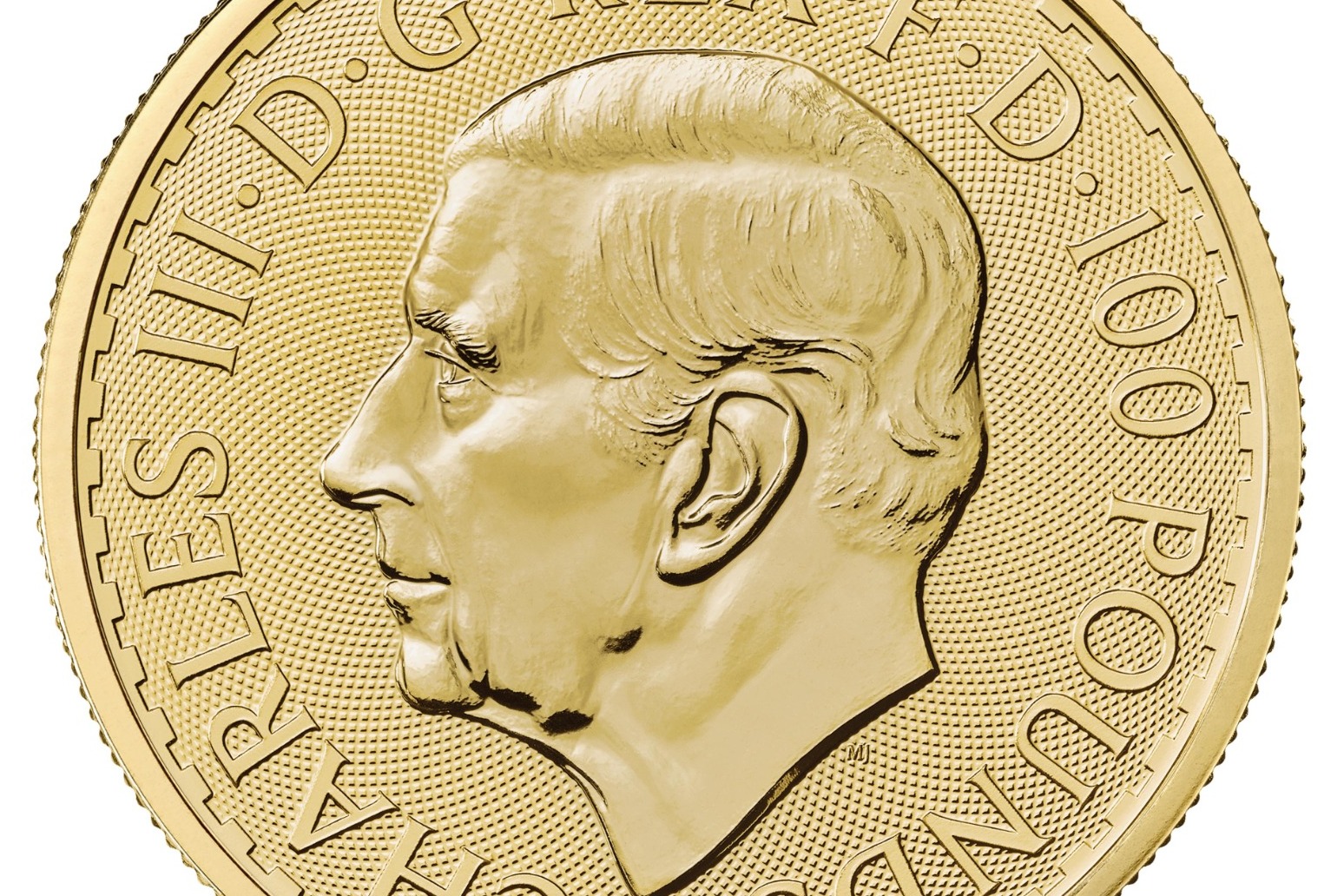 The Royal Mint has unveiled its first bullion coin to bear the portrait of King Charles.

The Royal Mint has unveiled its first bullion coin to bear the portrait of King Charles.

The King’s effigy on the 2023 bullion Britannia coin marks the start of a new chapter for bullion coins, the Mint said.

Struck in fine gold and enhanced with security features, Britannia coins can be purchased from the Royal Mint’s website.

Below Britannia’s flowing gown, a trident becomes a padlock as the viewer changes their perspective.

Surface animation on the coin reflects the movement of waves.

These added security features both decorate and protect the coin, the Mint said.

Micro-text that borders the design states “Decus et Tutamen”, which translates as “An ornament and a safeguard”.

The price of Royal Mint bullion coins varies, depending on changes to the gold price.

A 1oz fine gold bullion coin was on sale on the Mint’s website on Monday for around £1,700.

Andrew Dickey, director of precious metals at the Royal Mint, said: “While the design of the bullion Britannia coin remains consistent, the 2023 dated edition begins a new chapter for Royal Mint bullion coins, as His Majesty the King’s portrait appears for the very first time.

“Bullion coins are an attractive option for many investors looking to diversify their investment portfolio.”