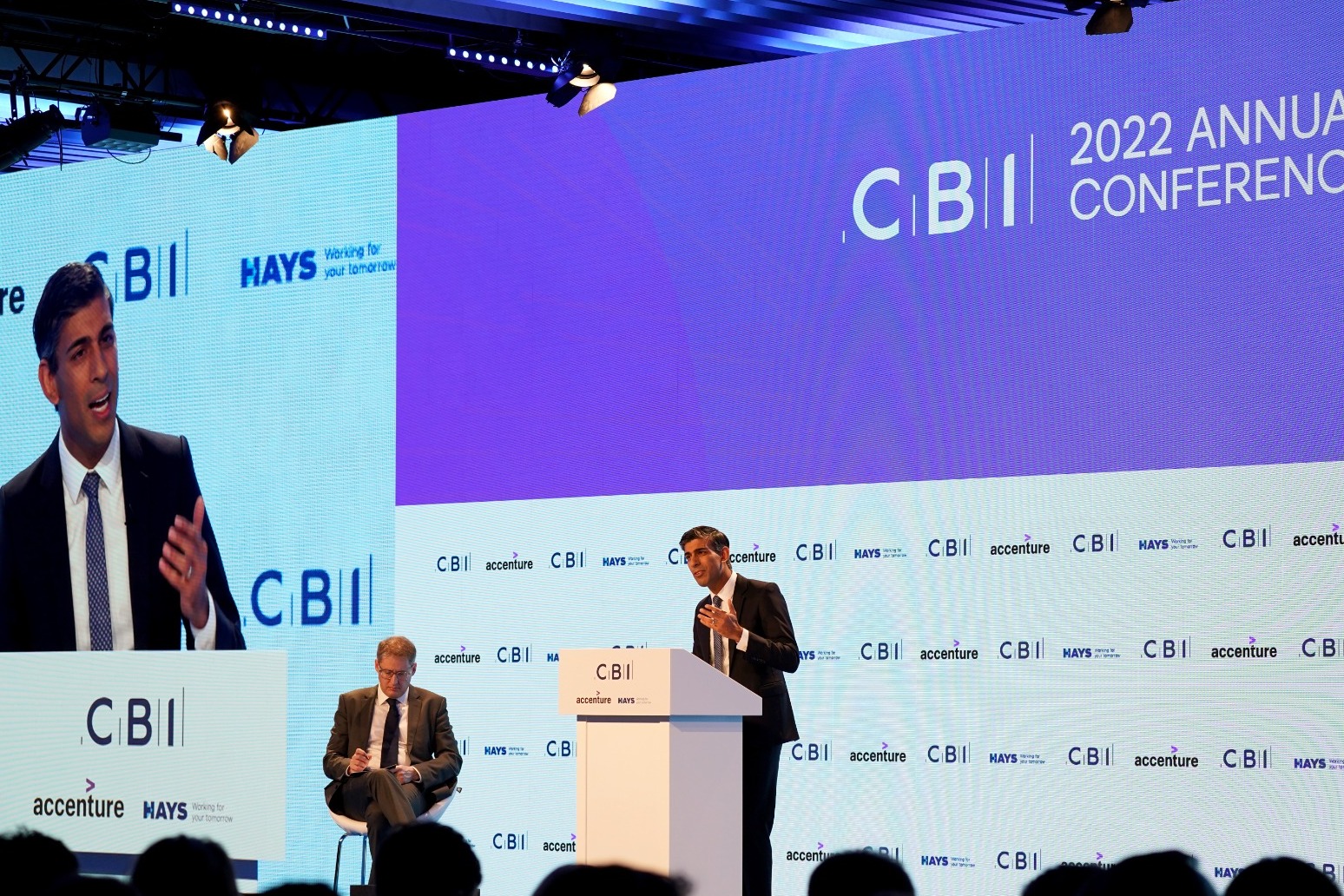 Business chiefs have urged the Prime Minister to be more specific about how he plans to drive growth in the UK, as Rishi Sunak pledged to re-establish economic stability, tackle inflation and boost innovation.

Tony Danker, director-general of the Confederation of British Industry (CBI), said it was “great” to hear Mr Sunak speak about his “deeply held convictions and passion” for innovation.

But he said the PM only began to lay out his vision for a “new approach” in a speech to the CBI’s annual conference on Monday.

Mr Sunak also largely avoided directly answering the CBI’s calls for immigration to be used to plug gaps in the domestic workforce, saying the UK’s focus is on tackling the small boats crisis.

However he did say that he wants to ensure Britain is a “beacon” for the “best and brightest”, pledging to create “one of the world’s most attractive visa regimes for entrepreneurs and highly skilled people”.

Mr Danker said: “It was great to hear the Prime Minister’s deeply held convictions and passion for innovation, and the role it can play as one of the most important drivers of the UK’s future economic growth.

“The Prime Minister started to lay out a vision for a new approach. But what we didn’t get today are the details of the measures to achieve it.

“Businesses are making investment decisions now and need to hear more on this agenda as soon as possible.”

Mr Danker has said a more liberalised stance on immigration is needed to help boost economic growth when public spending is tight.

But Mr Sunak said: “The country’s number one priority right now, when it comes to migration, is tackling illegal migration.

“When people see that happening, it undermines trust in the system, it doesn’t seem fair that people are able to break the rules.

Mr Sunak said it was “not a simple problem to solve” and would not be dealt with overnight, but he was “determined to reduce the number of illegal migrants coming here”.

Setting out plans for artificial intelligence experts to come to the UK, he said: “We cannot allow the world’s top AI talent to be drawn to America or China.

“That’s why, building on the AI scholarships and masters conversion courses I instigated as chancellor, we are launching a programme to identify and attract the world’s top 100 young talents on AI.”

He said “part of the reason we ended the free movement of labour was to rebuild public consent in our immigration system.

“If we’re going to have a system that allows businesses to access the best and brightest from around the world, we need to do more to give the British people trust and confidence that the system works and is fair.

Earlier, Mr Danker said: “The reason why it’s so important is we have literally over a million vacancies in this country, we have 600,000 people who are now long-term unwell, who aren’t coming back to the labour market any time soon.

“That’s why we have to get this shortage occupation list – the list of people that we’re really missing that we aren’t going to get in Britain any time soon – and we have to get them to plug the gap while we re-calibrate the labour market in the medium term.”