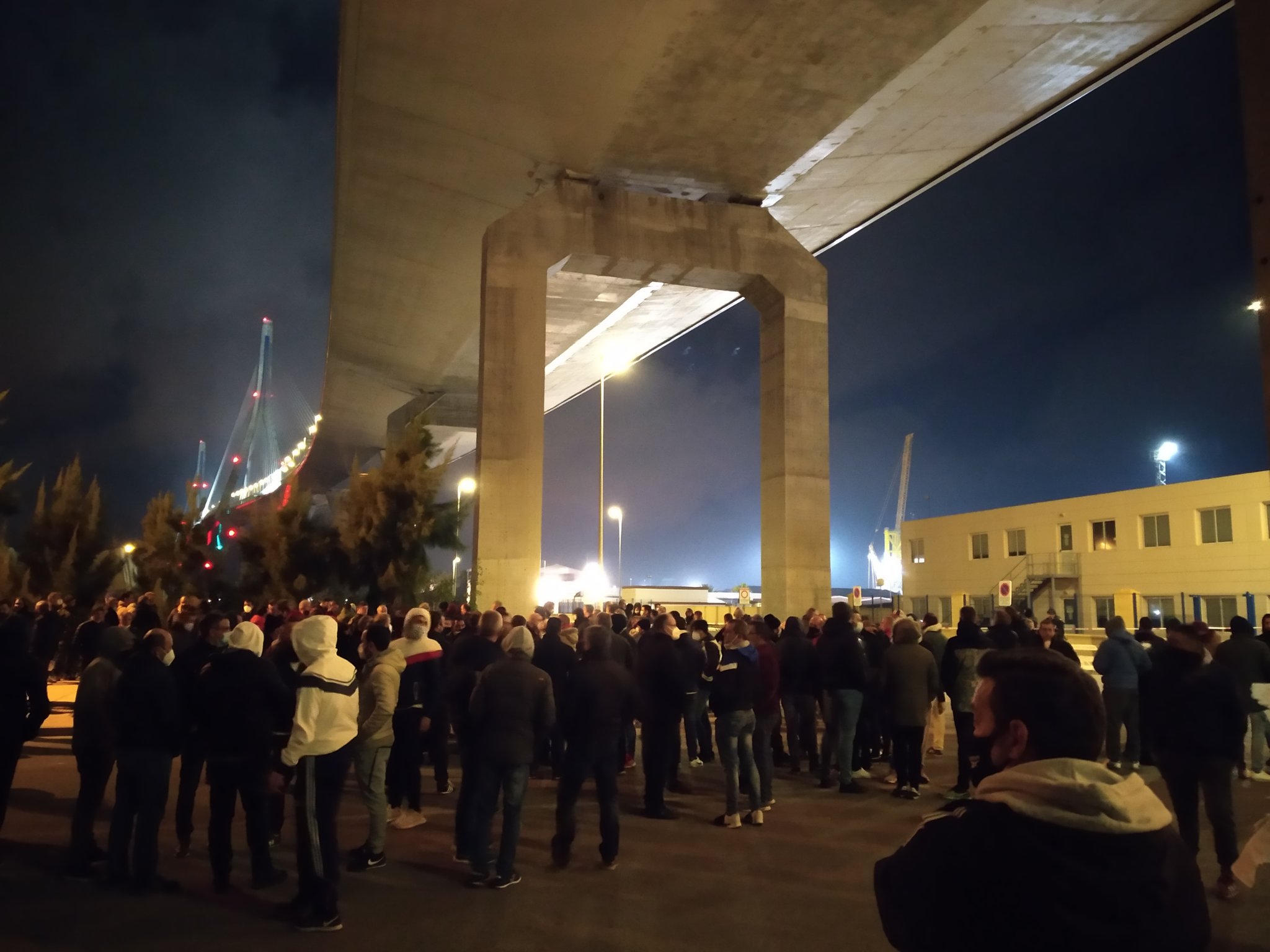 Protests by strikers in Cadiz turned violent yesterday, after police tried to remove a number of blockades which were placed on major roads in the region.

Striking metal workers have been holding industrial action for over a week – calling for better pay and conditions – blocked a number of roads which connected La Línea de La Concepción and San Roque.

The majority of protests have been peaceful however, with a march taking place in Cadiz yesterday gaining significant public support.