Catholic worshippers across the UK pray for Pope Benedict XVI 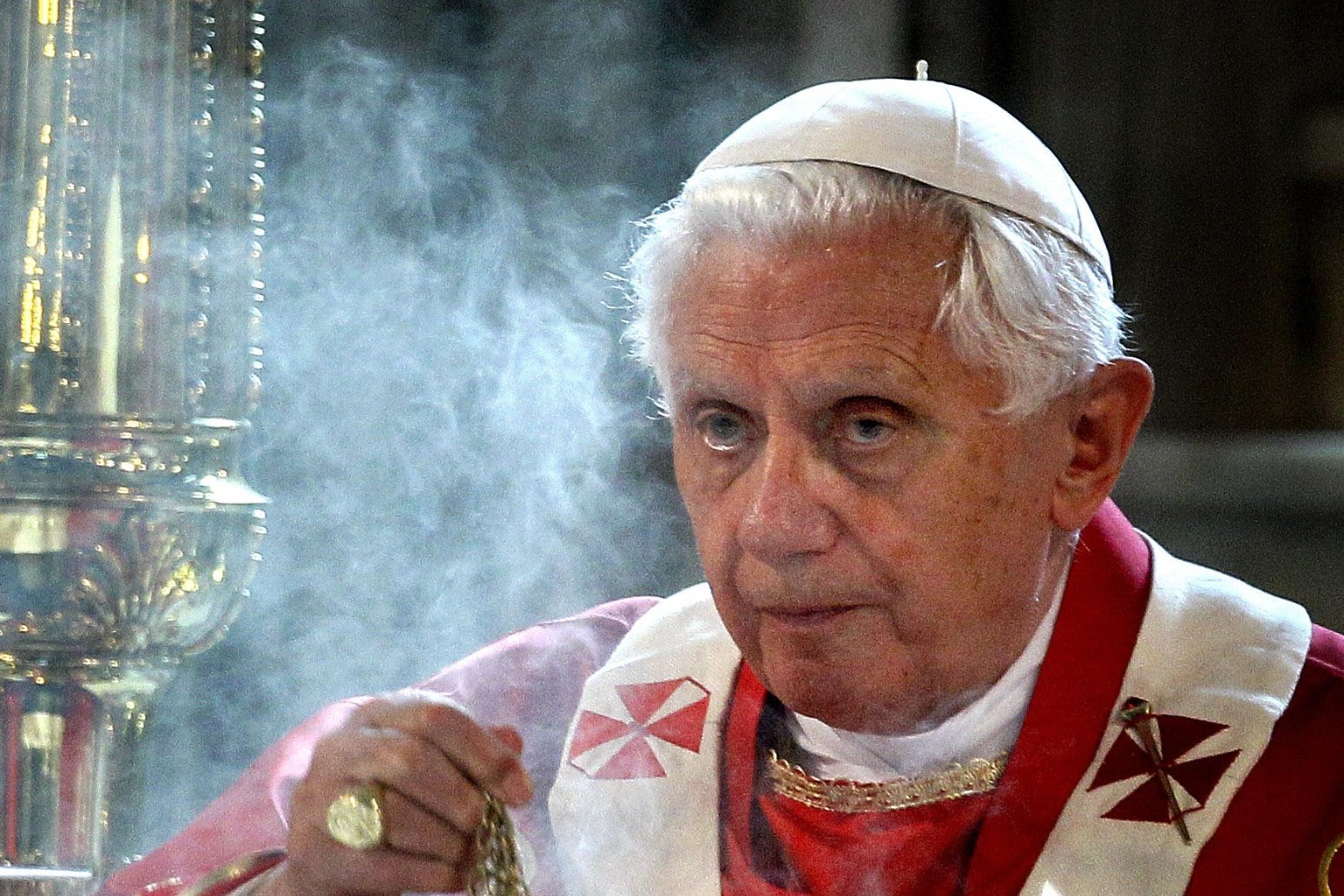 The funeral of the former pontiff will take place on Thursday

Catholics worshippers across the UK are praying for Pope Benedict XVI at Mass services after he died aged 95.

It comes after the Vatican announced Benedict, the first pope in 600 years to resign from the role, died in the Mater Ecclesia Monastery in the Vatican at 9.34am on Saturday.

The King expressed his “deep sadness” at Benedict’s death in a message to his successor Pope Francis, as the head of the Roman Catholic Church in England and Wales, Cardinal Vincent Nichols, and the Archbishop of Canterbury, Justin Welby, also paid tribute.

Francis and an array of world leaders also honoured his legacy, with US president Joe Biden calling him an “inspiration to all” and “a renowned theologian, with a lifetime of devotion to the Church, guided by his principles and faith”.

A spokesperson for the Catholic Bishops’ Conference of England and Wales confirmed that Catholics up and down the UK will be praying for Benedict on Sunday.

Its general secretary, the Reverend Canon Chris Thomas, said: “We encourage Catholics in England and Wales to keep Pope Emeritus Benedict XVI in their prayers.”

Benedict became the second pontiff in history to visit the UK in 2010 when he met the Queen and made a historic address at Westminster Hall.

His funeral will take place at 8.30am UK time on Thursday, in St Peter’s Square, Vatican City, presided over by Francis, who succeeded Benedict as pope in 2013.

From Monday, his body will be in Saint Peter’s Basilica so the worshipers can pay their respects.

Speaking on Saturday, the head of the Roman Catholic Church in England and Wales, Cardinal Vincent Nichols, said he wants Catholic churches in the UK to “echo the funeral Mass” with their own ceremonies on Thursday.

Offering words of comfort to UK Catholics, he added: “We draw strength and comfort from our faith when anybody dies and when it’s the pope that dies it’s the same story, it’s the same prayers.

“We commend them to God and we thank God for the great gifts of their life and especially of his life.”

He added: “I was consoled by a comment I heard that somebody had made in Rome a couple of days ago, where they put it rather beautifully – they said, ‘The angels are gathering, they’re coming to take him home’.”

In a statement, Charles paid tribute to Benedict and recalled visiting him at the Vatican in 2009.

“I also recall his constant efforts to promote peace and goodwill to all people, and to strengthen the relationship between the global Anglican Communion and the Roman Catholic Church.”

He served until February 2013 before becoming the first pope in 600 years to resign, citing his old age and declining health.

Mr Welby hailed Benedict as “one of the greatest theologians of his age”.

In a statement, he said Benedict was “committed to the faith of the Church and stalwart in its defence”.

Prime Minister Rishi Sunak wrote on Twitter: “I am saddened to learn of the death of Pope Emeritus Benedict XVI.

“He was a great theologian whose UK visit in 2010 was an historic moment for both Catholics and non-Catholics throughout our country.”

Labour leader Sir Keir Starmer said: “His state visit in 2010 was a historic and joyous moment for Catholics in Britain.”