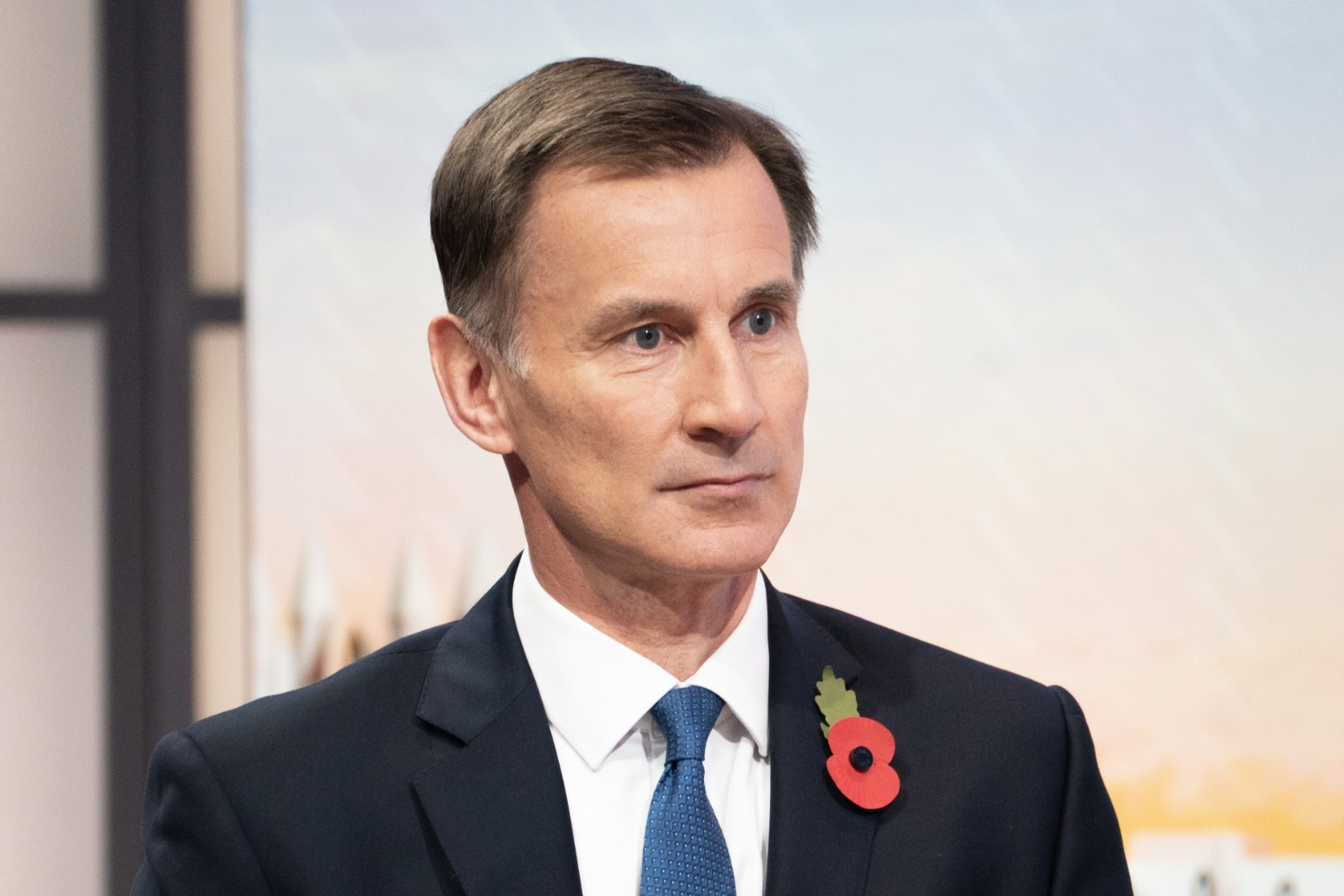 Rishi Sunak has pledged to deliver on market expectations with this week’s autumn budget as his Chancellor warned everyone will need to pay “a bit more tax” to stabilise the economy.

The Prime Minister said Jeremy Hunt will unveil measures on Thursday to “put our public finances on a sustainable trajectory” after investors were spooked by his predecessor’s £45 billion tax-cutting bonanza.

The statement is expected to include painful public spending cuts and tax hikes to plug a black hole in the nation’s finances.

Mr Hunt earlier said “sacrifices” were required across the board to get the economy back on track.

But the planned tax rises have drawn criticism from some quarters of the Tory party, with former levelling up secretary Simon Clarke calling for the books to be balanced through spending cuts instead.

Ex-chancellor Kwasi Kwarteng, whose disastrous mini-budget was estimated by economists to have cost the country as much as £30 billion, said growth would not stem from “putting up our taxes”.

Speaking to reporters on the plane to Indonesia for the G20 summit, Mr Sunak said financial conditions in the UK had “clearly” steadied.

“But they have stabilised because people expect the Government to take the decisions that will put our public finances on a sustainable trajectory, and it’s the Government’s job to deliver on that,” he said. “And that’s what the Chancellor will do.”

The Prime Minister said he was “cognisant” of the dire economic situation the country is facing, after gross domestic product – the measure of national income known as GDP – contracted by 0.2% between July and September, potentially marking the start of a recession.

He stressed the importance of “delivering on the expectations of international markets” to “make sure that our fiscal position is on a more sustainable trajectory”.

Asked whether the budget would spell years of pain for the public, Mr Sunak said the plan is to “lay the foundations” for growth so taxes can be cut “over time”.

“The Chancellor has also said that part of our job is not just to bring stability back to the system, which we will do, but it’s also to lay the foundations for the economy to recover and grow,” he said.

“That’s how we’re going to be able to cut people’s taxes over time and support public services. And you’ll hear that side of the equation from the Chancellor as well.”

Mr Sunak will return to the UK from the gathering of the leaders of major economies in Bali just in time for the budget on Thursday.

At the summit he aims to urge leaders to “step up to fix the weaknesses in the international economic system” and persuade them he will restore stability to the economy at home.

Mr Hunt has said “people with the broadest shoulders will bear the heaviest burden” as he is understood to be weighing up a cut to the threshold at which the highest earners start paying the top rate of tax.

At the G20 summit, the Prime Minister evaded questions about whether that figure was correct and whether he would use the UK’s recent experience as a lesson of how things could go wrong.

He said: “I think I said on the steps of Downing Street that mistakes were made and part of the reason I became Prime Minister was to fix that.”

He pointed to global economic challenges such as soaring inflation after the Covid pandemic and Russia’s invasion of Ukraine.

“Those are shared challenges and what I’ll be talking about at the G20 with other leaders is what everyone is doing in their own countries and internationally to ensure resilience and stability in the financial system.”