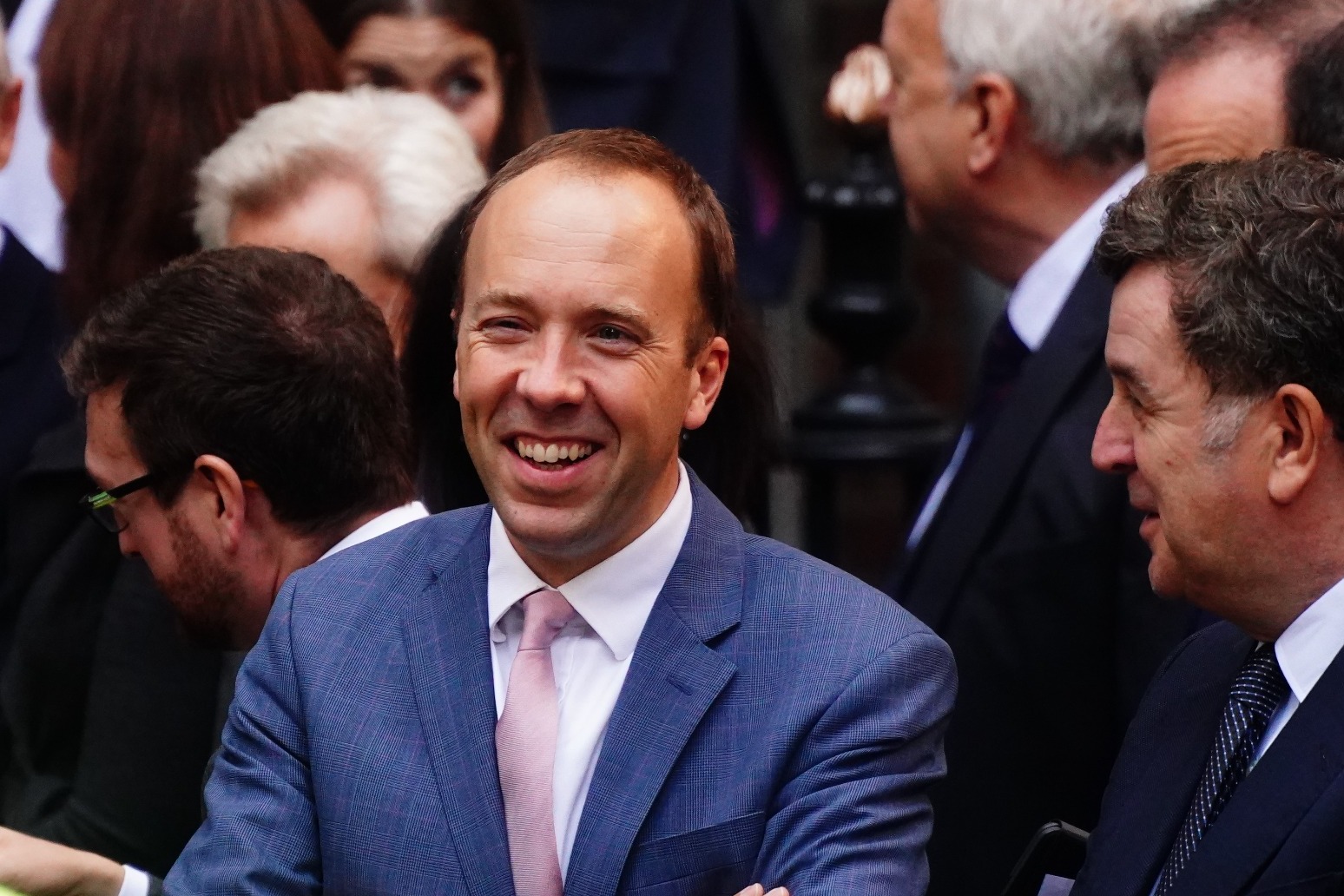 Charlene White said she was surprised when former health secretary Matt Hancock walked into the I’m A Celebrity… Get Me Out Of Here! jungle, but over time the group grew to trust and lean on him as a fellow campmate.

The journalist and broadcaster, 42, was the first celebrity to be eliminated from the ITV reality show on Friday after receiving the fewest public votes.

During her time on the show, White had questioned Hancock about breaking coronavirus social distancing rules during the pandemic with his aide Gina Coladangelo, to which the politician replied: “What I’m really looking for is a bit of forgiveness.”

In her first interview since leaving the Australian jungle, White told the Loose Women panellists: “I think the team grew to trust him and grew to lean on him because he had to do a lot of stuff that many of us in the camp didn’t know how to do.

“I felt that within my role as a journalist in day-to day-life, I felt I needed to ask questions that perhaps many people back home would want answers to, because Matt is a sitting MP and Parliament is still going.

“We asked them and it was done, he gave an answer and it was never brought up again.

“Matt and I got on with day-to-day life and got on well while we were in there, it was just I had to walk a tightrope, which was fine because he’s lovely.”

White had received criticism from her fellow campmates for refusing to sleep in an RV with Hancock, after they became leader and deputy of the camp.

She told presenter Jane Moore on Loose Women that as a journalist sharing an intimate space with a sitting MP “didn’t sit well” with her but she “massively” regrets not explaining her decision with her campmates, who were left confused by her refusal.

“I just felt that being in that intimate space was a step too far but I guess the mistake I made was not being explicit enough about that with the other campmates who were confused about it,” she said.

Fellow campmate Scarlette Douglas, who was the second contestant to be eliminated from the show, said despite appearing friendly with former health secretary Matt Hancock in the jungle it did not mean they will be “best mates” after the series has finished.

The 35-year-old TV presenter’s departure came after West Suffolk MP Hancock discussed his dyslexia for the first time since entering the camp, speaking about his experience of being diagnosed while at university and that he “desperately wanted to learn” and found he could do maths but struggled with English.

Douglas said on Good Morning Britain: “He came in and everybody was shocked to see him in there and for me I had to pull him aside and just let him know how I was feeling about him being in the jungle.

“When we are in there we are in an enclosed space, it’s a very strange environment so nobody wants it to be toxic. We just have to get on, be friends, be a family in camp, otherwise it’s not going to work.

“In the jungle we will get on, but it doesn’t mean that on the outside we’ll be best mates at all, but in here we’ll just work together as a team and that’s all we can do. That’s the most important thing.”

When co-host Richard Madeley asked the A Place In The Sun presenter if she liked the politician, she replied: “I like his get-up-and-go.”

“So do I like Matt Hancock specifically, I don’t think I had enough time to really get to know him, because when he came in he was trying to win us all over. He was doing his best to make sure he was involved in everything, but for me, it was just that I want to make sure as a camp we all get on.”

After two weeks in the jungle, Hancock discussed his dyslexia diagnosis for the first time during Sunday’s show, having said he would use the “incredible platform” to raise awareness of the learning difficulty, ahead of his appearance.

Chatting to comedians Babatunde Aleshe and Seann Walsh in the episode, Hancock was asked what he had struggled with during his life, to which he replied: “I can’t dance, I can’t sing and I can’t read very well, very quickly.”

Walsh asked: “Are you talking about reading specifically?”

Hancock replied: “Yeah. And then the moment I was identified as dyslexic at university it was ‘Ahh, so actually I am OK with language, it’s just my brain works differently, and I can work on that’.”

Dyslexia is a common learning difficulty that causes problems with reading, writing and spelling, according to the NHS website.

A spokesman for Hancock previously said: “The second reading of Matt’s Dyslexia Screening and Teacher Training Bill is just days after I’m A Celebrity… finishes.

“By going on the show, Matt hopes to raise the profile of his dyslexia campaign and will use the platform to talk about an issue he really cares about in front of millions of people.

“Matt is determined that no child should leave primary school not knowing if they have dyslexia.

They added that the MP will be making a donation to St Nicholas Hospice in Suffolk and causes supporting dyslexia, including the British Dyslexia Association.

I’m A Celebrity… Get Me Out Of Here! continues on ITV on Saturday at 9pm.