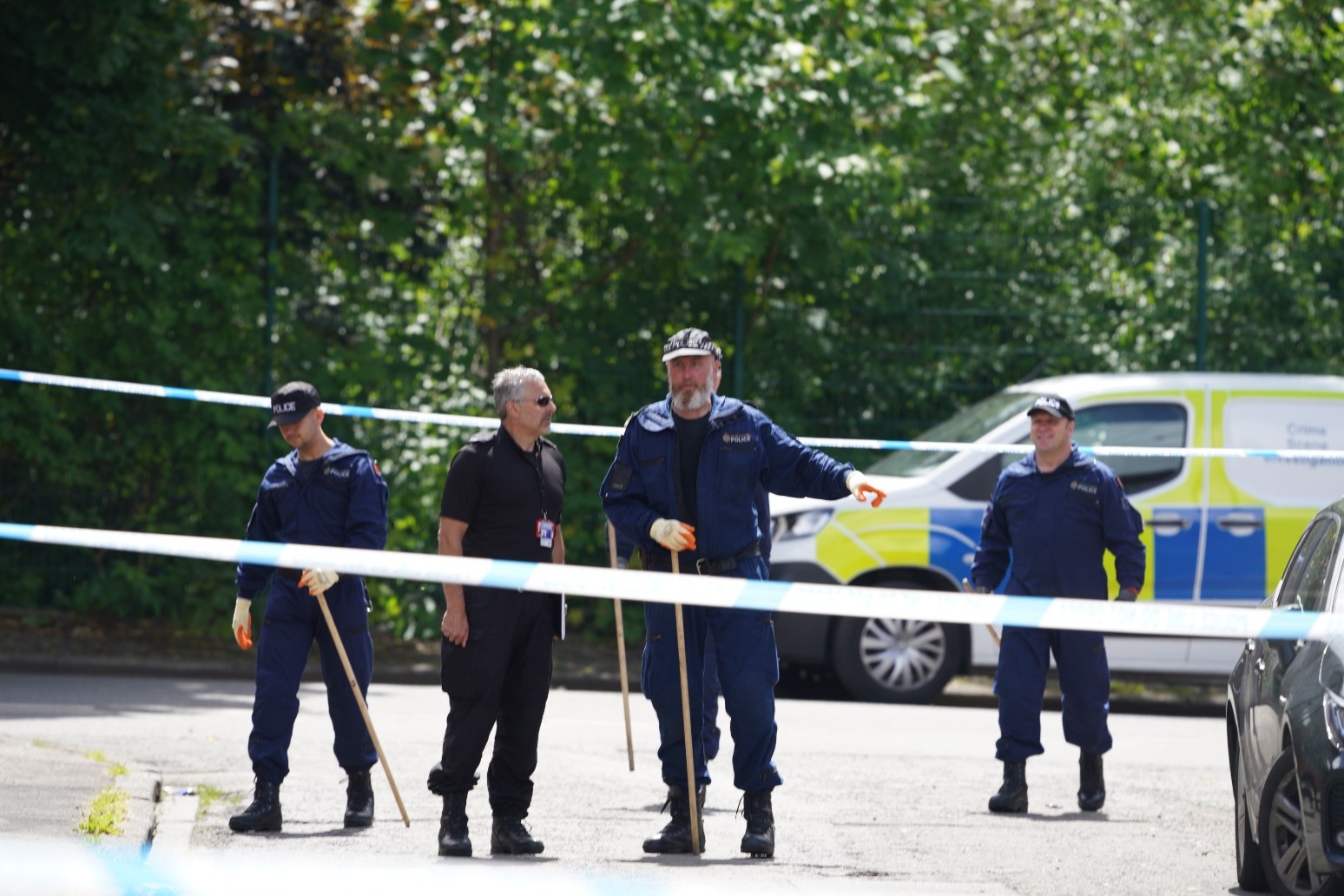 A 14-year-old boy has died and his mother has been injured in a stabbing at a Manchester home.

Greater Manchester Police warned the public not to approach the suspect following the domestic incident in Miles Platting, where officers were called at about 9.30pm on Thursday.

The teenage boy was treated at the scene for stab wounds before being taken to hospital where he died around an hour later, the force said.

Police said his mother, in her 40s, was treated at the scene for serious stab wounds and is now in a stable condition in hospital.

A police spokesman said the suspected attacker, believed to have been known to the victims, should not be approached if seen by the public.

He is described as an Asian man wearing dark clothing, aged in his mid-40s, with a medium build and height.

He was last seen walking on Sawley Road shortly after the attack took place.

Police warned anyone who thinks they may have seen him to call 999.

On Friday, a large police cordon was in place covering Bednal Avenue and Sawley Road.

Forensic investigators were at the scene and police search teams were seen going into land off Sawley Road.

One resident, who did not want to be named, said: “I didn’t know the family personally but I knew of them.

“It’s terrible. It’s not the kind of thing that happens round here, the area has improved massively with regeneration and this is so sad.

“It’s a horrible feeling, it’s more than nervous, it is emotional. It is such a sad state of affairs.”

Detective Chief Inspector Gina Brennand said: “Last night’s events are nothing short of devastating as a teenage boy has tragically lost his life and a mother is grieving in hospital after also being seriously attacked.

“We have trained family liaison officers dedicated to supporting her and her family at this incredibly distressing time, and we are committed to doing all we can to make sure we bring the person responsible to justice.

“This is a shocking incident for the people of Manchester to wake up to, but I do wish to stress that our enquiries so far suggest this was a contained and domestic-related incident; however, anyone that sees a man fitting our description looking suspicious should not approach him and call 999.

“This is a ferocious attack that has seen a teenage boy fatally injured and we are working at a tremendous pace to find the person that did this and to take them off the streets and into custody where we can continue to piece together what we know about this utterly tragic incident.”

Information can also be reported online or by using the LiveChat function at www.gmp.police.uk.