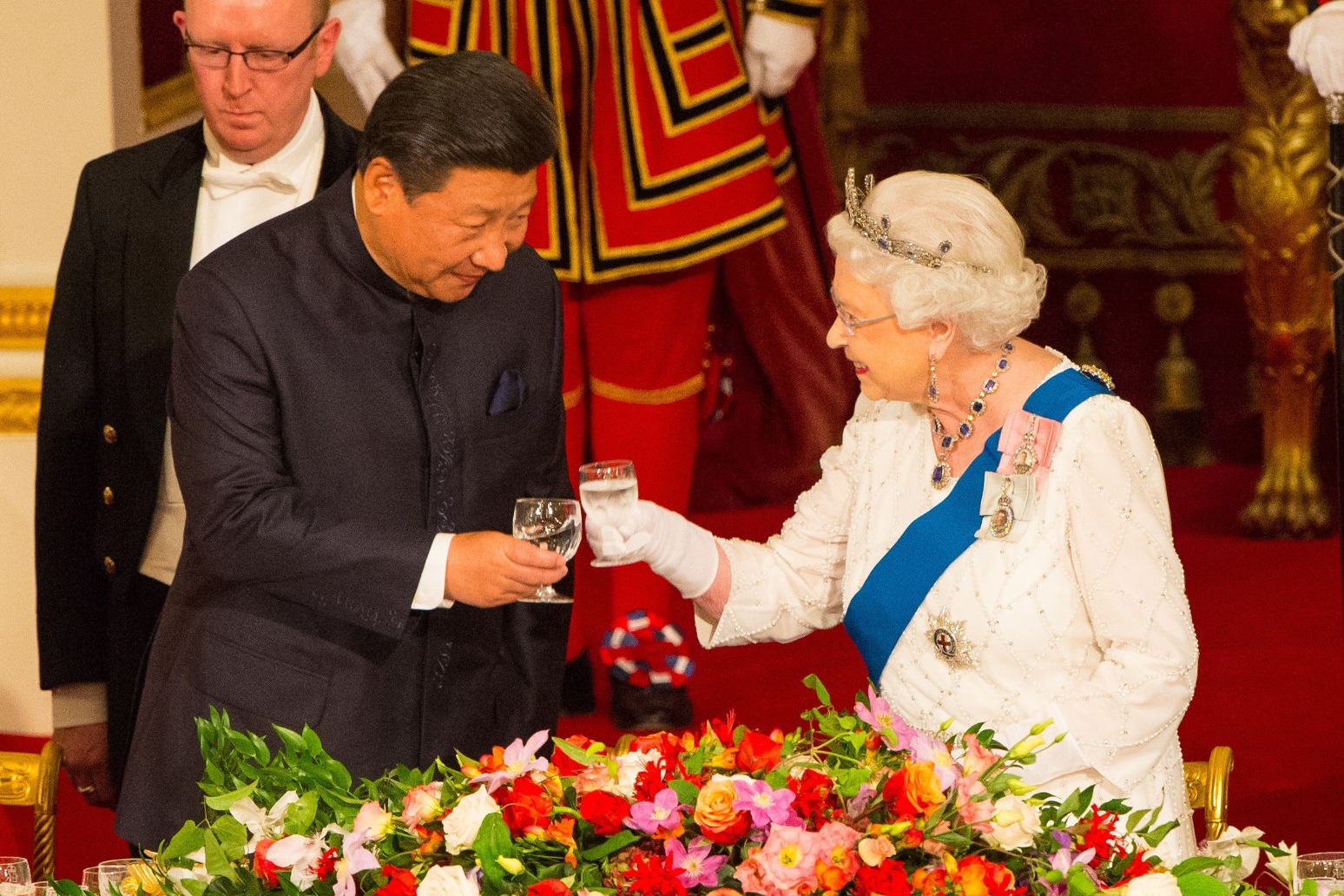 President Xi Jinping increased his dominance over China as he was named to another term as head of the ruling Communist Party in a break with tradition.

Mr Xi also on Sunday promoted allies who support his vision of tighter control over society and the struggling economy.

The man who took power in 2012 was awarded a third five-year term as general secretary, discarding a party custom under which his predecessor left after 10 years.

The 69-year-old leader is expected by some to try to stay in power for life.

On Saturday, Mr Xi’s predecessor, 79-year-old Hu Jintao, abruptly left a meeting of the party Central Committee with an aide holding his arm.

That prompted questions about whether Mr Xi was flexing his powers by expelling other party leaders, while the state media Xinhua News Agency later reporting Mr Hu was in poor health and needed to rest.

The party also named a seven-member Standing Committee, its inner circle of power, dominated by Xi allies after Premier Li Keqiang, the number two leader and an advocate of market-style reform and private enterprise, was dropped from the leadership on Saturday.

The move came despite Mr Li being a year younger than the party’s informal retirement age of 68.

Mr Xi and the other Standing Committee members appeared for the first time as a group before reporters on Sunday in the Great Hall of the People, the seat of China’s ceremonial legislature in central Beijing.

Mr Xi announced Li Qiang, a former Shanghai party secretary who is no relation to Li Keqiang, was the number two member and Zhao Leji, a member of the previous committee, was promoted to number three.

Another departure from the Standing Committee was Wang Yang, a reform advocate suggested in the past by some as a possible premier. Mr Wang, 67, is also below retirement age.

Other new Standing Committee members include Cai Qi, the Beijing party secretary, and Ding Xuexiang, a career party functionary who is regarded as Mr Xi’s “alter ego” or chief of staff.

Wang Huning, a former law school dean who is chief of ideology, stayed on the committee. The number seven member is Li Xi, the party secretary of Guangdong province in the south east, the centre of China’s export-oriented manufacturing industry.

The party’s 205-member Central Committee has 11 women, or 5% of the total. Its 24-member Politburo has none following the departure of vice premier Sun Chunlan, who is in her 70s.

Party plans call for creating a prosperous society by mid-century and restoring China to its historic role as a political, economic and cultural leader.

Those ambitions face challenges from security-related curbs on access to Western technology, an ageing workforce and tension with Washington, Europe and Asian neighbours over trade, security, human rights and territorial disputes.

Mr Xi has called for the “great rejuvenation of the Chinese nation” and a revival of the party’s “original mission” as social, economic and culture leader in a throwback to what he sees as a golden age after it took power in 1949.

During the congress, Mr Xi called for faster military development, “self-reliance and strength” in technology and defence of China’s interests abroad, which raises the likelihood of further conflict.

The party has tightened control over entrepreneurs who generate jobs and wealth, prompting warnings that rolling back market-oriented reforms will weigh on economic growth that sank to 2.2% in the first half of this year, less than half the official 5.5% target.