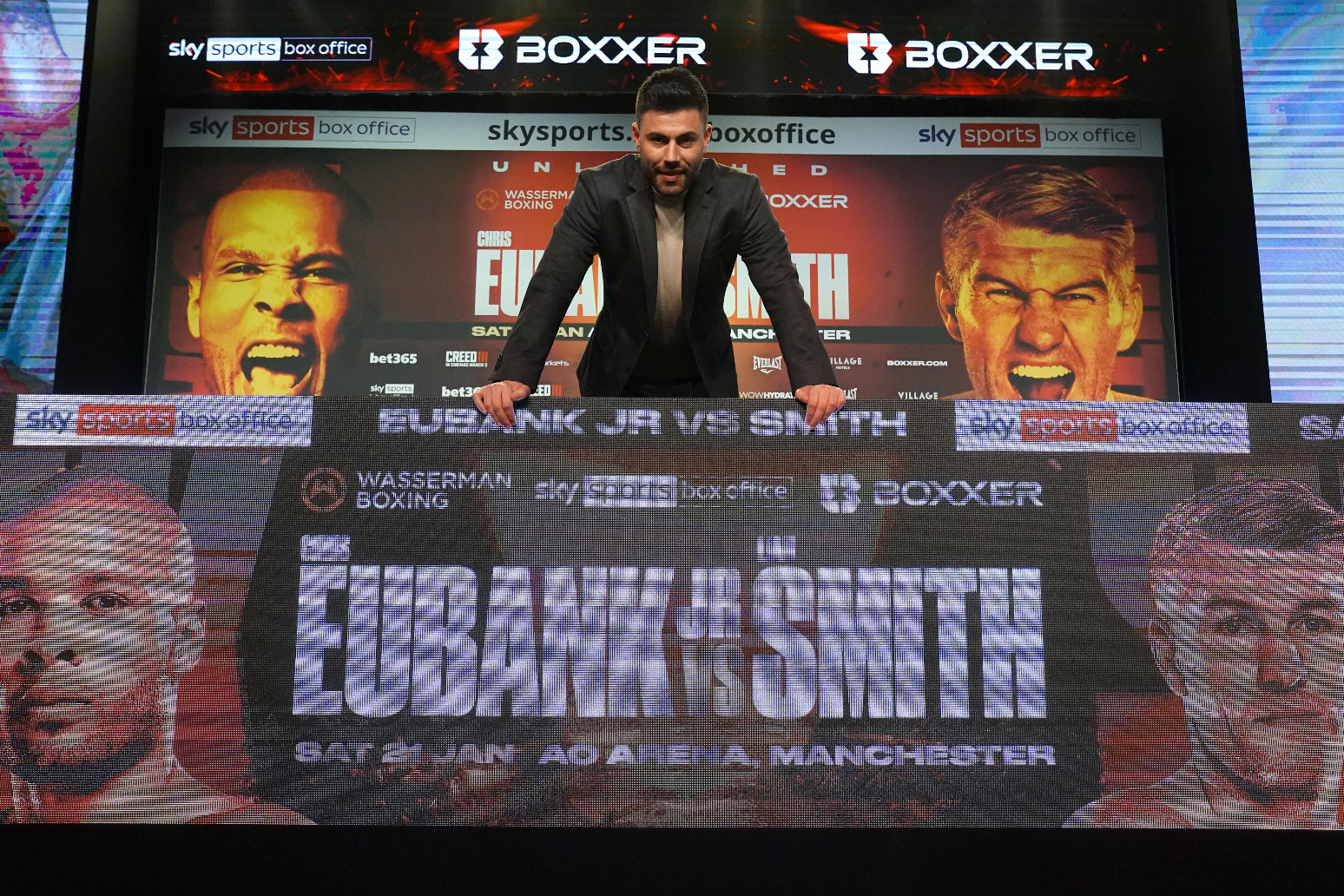 Chris Eubank Jr feels Liam Smith “embarrassed himself” as the British rivals engaged in an ugly slanging match ahead of their middleweight showdown on Saturday night.

A contrite Smith afterwards accepted the personal barbs “crossed a line” following a reference to Eubank Jr’s sexuality during the final press conference for their fight at Manchester’s AO Arena.

Smith made the inference when he said: “You go on about girls, has anybody in this room ever seen you with a girl? This is for no laughs I am just asking, do you want to tell us something?”

Eubank Jr responded: “My private life is my private life. That is irrelevant to the boxing but I am happy and comfortable. If you want to get personal, talking about being gay? I’ve been told you cheat on your wife. I’d rather be gay than a cheat.”

The comments between the pair led to Sky Sports presenter Anna Woolhouse making an on-air apology for the “personal and homophobic remarks made up on stage”.

Eubank Jr told the PA news agency afterwards: “It escalated quickly – and that’s OK. This is boxing, this is the entertainment business, this is the fight game and this is real.

“You don’t say the things he was saying or act the way he was acting if you’re not rattled in some way, shape or form.

“People react to fighting a man in different ways. He embarrassed himself up there but it’s OK. We’re going to fight it out and settle our differences in a couple of days’ time.”

Smith, a former WBO light-middleweight champion, admitted the controversial exchange was uncalled for and suggested both fighters trying to hit the 160lb limit may have played its part.

He told PA: “It’s crossed a line and for people looking at it, it’s wrong. We shouldn’t act like that. It’s fight week, we’re both starving and making weight. If anyone took it personally, I apologise.

“It was always going to get a little bit heated like that. At the end of the day it’s just words. Just take it with a pinch of salt.”

Eubank Jr, who has 32 wins – 23 inside the distance – and two defeats in his professional career, has insisted throughout a testy build-up that he only needs to be at 50 per cent to prevail against 34-year-old Smith.

The 33-year-old Eubank Jr said: “I’ve always wanted to win this fight by knockout, the fact that Liam is being a child up here is giving me extra incentive.

“I’m cutting weight right now, so I’m at a good solid 44-45 per cent right now, but I’ll be a strong 50 per cent on the night and that will be more than enough to take care of the man on my left.”

Smith (32-3-1, 19KOs) poured scorn on Eubank Jr’s assertion ahead of a bout in which both fighters can put themselves back into world title contention with a win.

Smith added: “That’s Chris being Chris. Nobody believes him. He doesn’t believe that himself.”