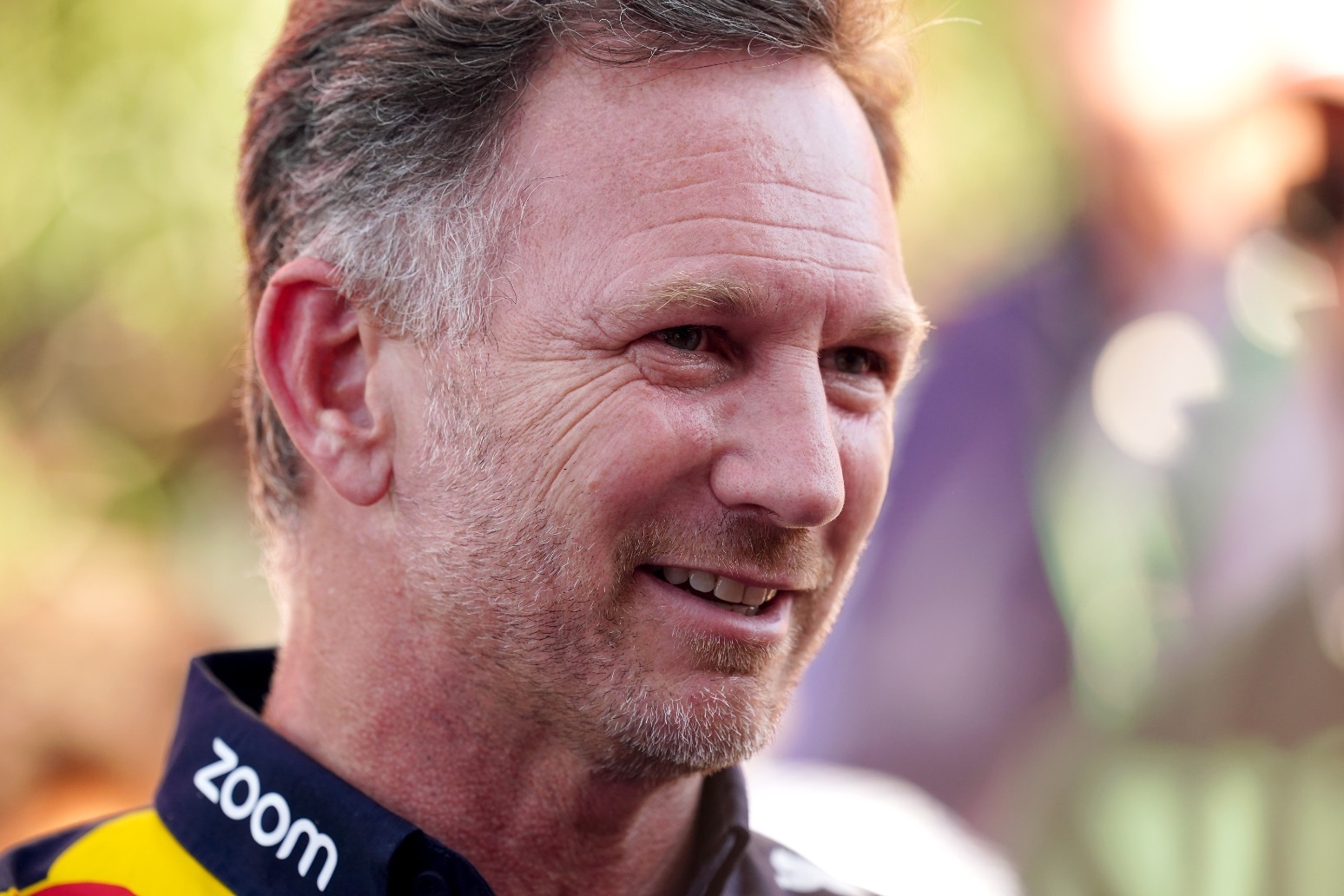 In a fiery and tense press conference on Saturday, Horner insisted he is “absolutely confident” Red Bull did not overspend as Max Verstappen beat Lewis Hamilton to last year’s controversial championship.

Horner also suggested the accusations that Red Bull broke F1’s budget cap have been planted to take the spotlight away from Verstappen, who could claim his second title in as many seasons on Sunday.

Responding, Horner said: “We were a little bit taken aback by the comments from our two rival teams.

“The submissions between the team and the FIA is confidential, and I have no idea what the outcome of our rivals’ submission is so I would be intrigued to know where their source of information for these fictitious claims has come from.

“They are hugely defamatory, and one can only assume that it is not a coincidence that this comes at a point where Max has his first strike at a world championship.

“We are here talking about cost caps rather than the phenomenal performance Max has had this year. It is an under-hand tactic employed to detract from perhaps a lack of performance on track from our rivals.

“The FIA has stated that they have not completed their process, so unless there is a clear withdrawal of those statements, we will be taking it extremely seriously.

“We will look at all the options available to us because it is absolutely unacceptable to be making the comments that were made yesterday which are totally defamatory to the team, to the brands, and to Formula One.

“To reiterate, what is totally unacceptable, is for teams that are not party to any form of the submission to be making claims about our submission and about perspective penalties. It is just bang out of order.”

F1 introduced a budget cap of 145million US dollars (£114m) last year. But Verstappen’s Red Bull are facing accusations – reported in Auto Motor und Sport and Gazzetta Dello Sport – that they went beyond that figure, potentially by over five per cent, which would equate to more than USD7.25m (£5.6m).

The FIA is assessing Red Bull’s finances, with a verdict set to be revealed on Wednesday. Sanctions available to the sporting federation range from a reprimand to financial penalties to a deduction of drivers’ championship points. The latter would have an impact on last season’s result.

Hamilton was denied a record eighth crown when he was beaten by Verstappen at a deeply contentious winner-takes-all finale in Abu Dhabi on December 12. Verstappen took the title by eight points.

On Friday, Wolff was asked on Sky Sports about Horner’s claim that he was not aware that his team had breached the salary cap.

Wolff replied: “It’s funny that Christian has said that because it has been weeks and months that they’ve been being investigated. So maybe he doesn’t speak to his CFO.”

Horner added: “They [Mercedes] were very clear in naming Red Bull so when you refer to accusations that I am making, the accusations were actually from the other way round.

“We don’t know if we are in breach of the rules, and we won’t know until next week when the process has been completed.

“So, perhaps when these accusations are made, people in glass houses should not throw stones. This is an issue for the FIA to deal with and one for Red Bull to consider what our position is with comments that have been made.”