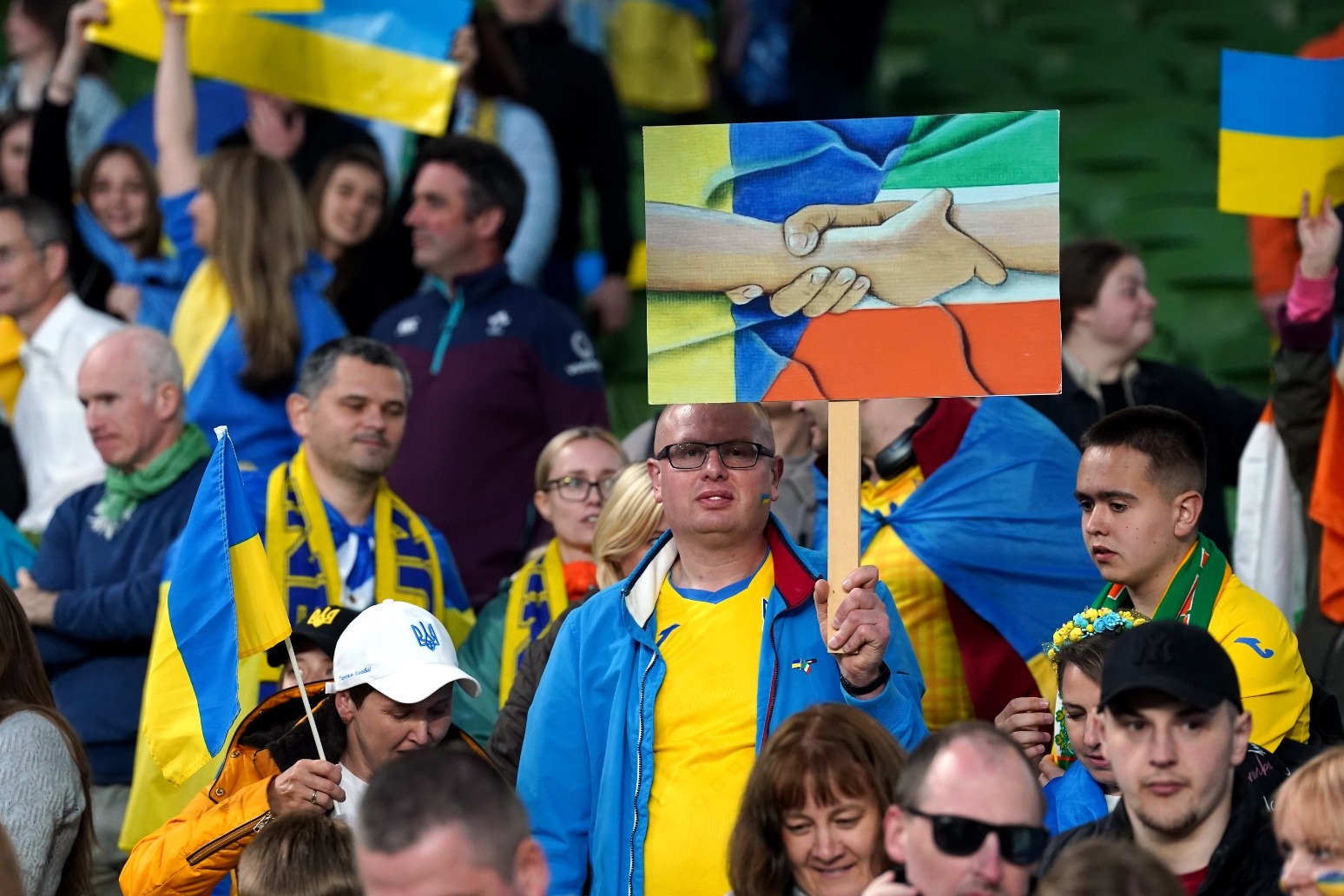 Civilians have fled intense fighting in eastern Ukraine as Russian and Ukrainian forces engage in a grinding battle of attrition for key cities in the country’s industrial heartland.

Mostly women, children and elderly residents left on a special evacuation train that departed from the city of Pokrovsk and headed west.

Svitlana Kaplun, whose family fled as shelling reached their neighbourhood in the city of Krasnohorivka, said: “We live on the front line now. The kids are worried all the time, they are afraid to sleep at night, so we decided to take them out.”

After a bungled attempt to overrun the capital Kyiv in the early days of the war, Russia shifted its focus to an eastern region of coal mines and factories known as the Donbas.

The area borders Russia and has been partly controlled by Moscow-backed separatists since 2014.

The fighting there has led to mounting casualties and renewed pleas from Ukraine to the West for more weapons.

Mykhailo Podolyak, an adviser to Ukraine’s president, told the BBC in an interview aired on Thursday that the daily loss of 100 to 200 Ukrainian soldiers is the result of a “complete lack of parity” between Ukraine and Russia.

He said only more advanced Western weaponry will turn back the Russian offensive and force Moscow to the negotiating table.

Fighting in the Donbas has now ground on for more than two months. A provincial governor said Russian and Ukrainian forces battled “for every house and every street” in Sievierodonetsk, a city that has recently been under steady attack.

Sievierodonetsk is in the last pocket of Luhansk province that has not yet been claimed by Russia or Moscow-backed separatists. The Luhansk and Donetsk regions together make up the Donbas.

Luhansk governor Serhiy Haidai said Ukrainian forces retain control of the industrial zone on the edge of the city and some other sections amid the painstaking block-by-block fighting.

An envoy for the Luhansk People’s Republic, a self-proclaimed separatist territory, reported on Friday that some Ukrainian troops were trapped inside a chemical plant on the city’s outskirts.

“All escape routes have been cut off,” Rodion Miroshnik wrote on social media.

“They are being told that no conditions will be accepted. Only the laying down of arms and surrender.”

Meanwhile, Moscow kept up its artillery strikes on the neighbouring city of Lysychansk and surrounding towns and villages, the Ukrainian military said. It also said that Russian troops were preparing to resume an offensive on the city of Slavyansk in the Donetsk region, south of Luhansk.