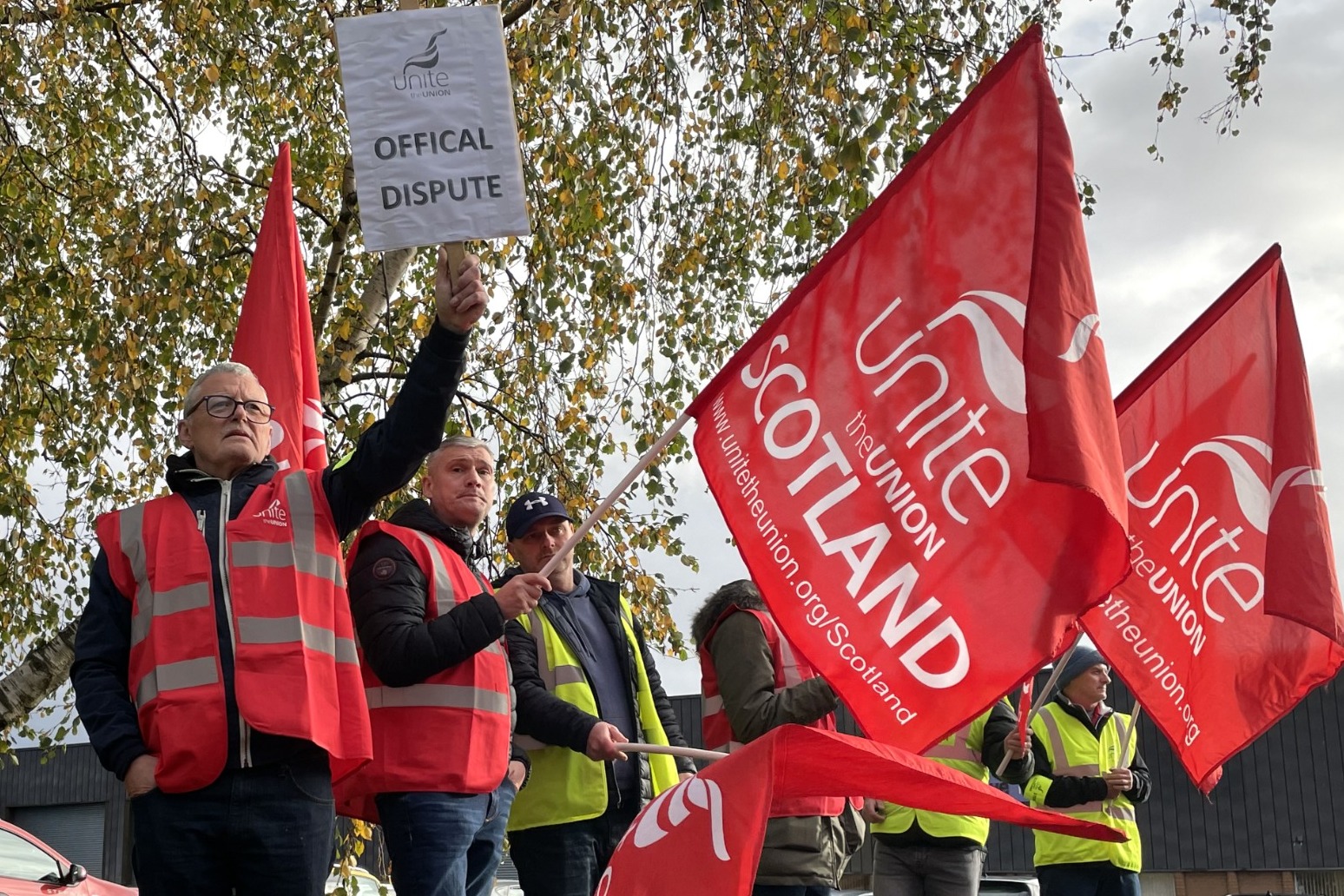 Coffinmakers at the Co-op’s only factory in the UK are “resolute” in their campaign for an improved pay offer as workers kick off a week of strike action.

Production has come to an end at the facility in Bogmoor Place, Glasgow, as staff rejected a pay offer which their union, Unite, said is a “real-terms” pay cut.

Willie Thomson, the union’s regional officer, said the offer equated to less than 5% when compared with the rate of inflation, according to the retail price index (RPI), at 12.3%.

The walk-out is expected to last until November 7 – however, the Co-op, one of the UK’s largest funeral directors, was notified of further industrial action, beginning on November 14, if the dispute has not been settled.

The Co-op previously said the strikes will have “no impact” on their ability to support bereaved families, and said a strong supply of coffins is available.

Mr Thomson said workers were prepared to take as much industrial action as necessary to reach a fair agreement.

He said: “Our members are resolute in their determination to see the Co-op, an employer who likes to say that they do things better than some other employers, come to the table with a sensible offer.

“As well as the strike action today, which will last for the entire week, our members have further served a notice this morning of the Co-op of another week of action, which will kick off on November 14, should we not resolve the dispute by then.

“I think that shows their determination to win an offer that protects their living standards at the highest inflation that we’ve seen for 40 years.”

On behalf of staff, Unite are meeting with Acas – an organisation which works with employers and employees on disputes – and the Co-op, where they will “hopefully seek a resolution”.

Mr Thomson added: “Our members are taking industrial action today because they have been offered a pay rise that is significantly below the rate of inflation at a time when we’re facing the biggest cost-of-living crisis in over 40 years.

“Our members are seeing the cost of food, of fuel, of their mortgages rising. They are here today because the Co-op is not making a significant offer to them that reflects the reality of how they’re seeing their costs rising.”

A Co-op spokesperson said: “Our colleagues at our Glasgow coffin factory are a hugely valued part of our Co-op and following ongoing discussions with Unite we are disappointed that we have not been able to reach an agreement about pay.

“In spite of the difficult trading environment, we have offered all of our colleagues at the coffin factory a fair pay increase. We are confident that the combined base pay and production bonus for roles within the coffin factory remain highly competitive.

“We would like to provide full reassurance that the strike has no impact on our ability support to bereaved families and we are able to maintain a strong supply of coffins. ”