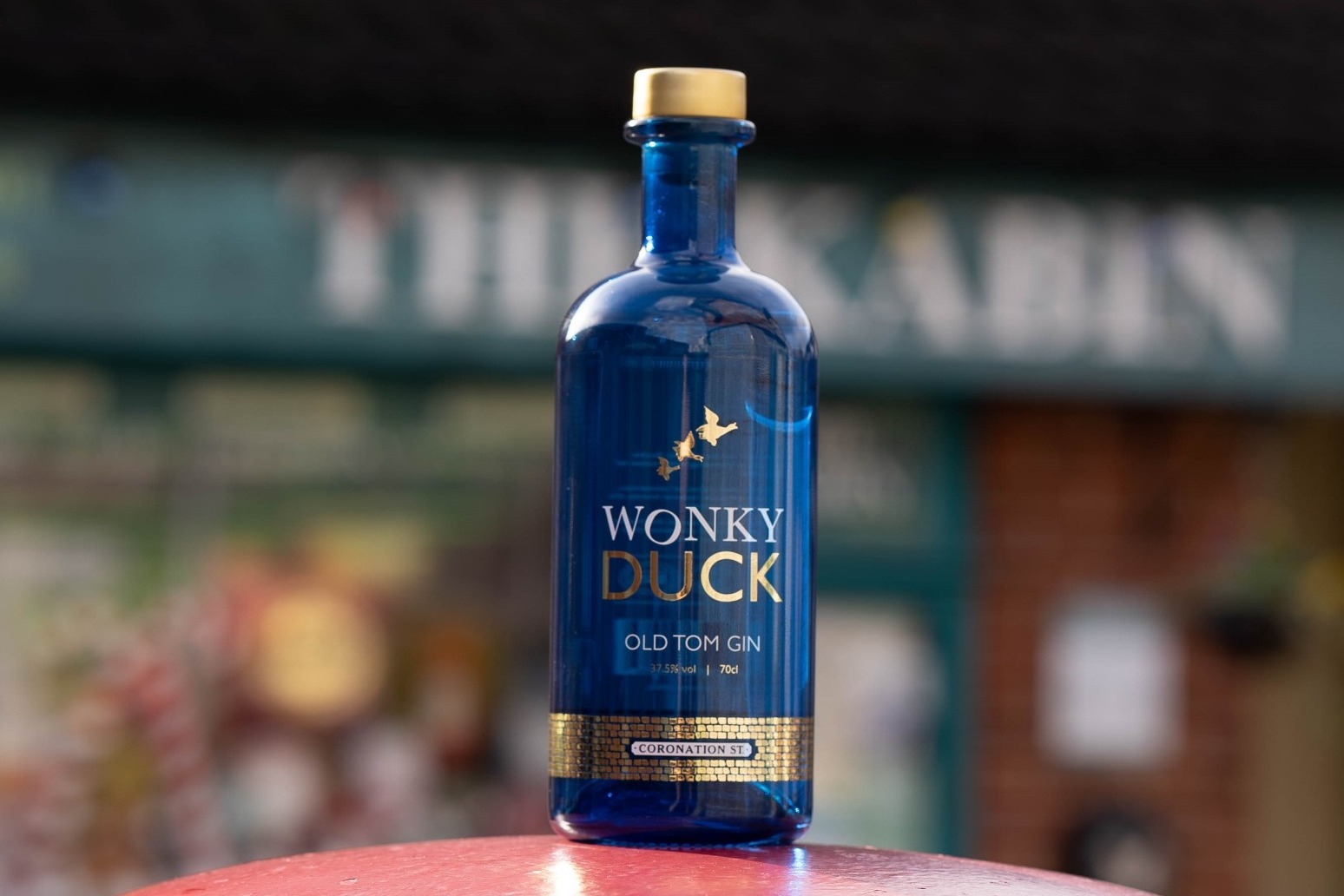 Manchester-based distillers No.186 have produced the gin for ITV Studios, which makes the long-running soap opera.

The bottles feature an image of the three brass ducks which graced the wall of Hilda’s living room at 13 Coronation Street.

In a moving speech about her wall “muriel”, Hilda, played by the late Jean Alexander who died in 2016 aged 90, said: “I’ve come in here more times than I care to remember, cold, wet, bone-tired, not a penny in me purse.

“And seeing them ducks and that muriel … well they’ve kept me hand away from gas tap, and that’s a fact.”

Lynsey Postlethwaite, from No. 186 said: “It’s been a labour of love creating this beautiful, unique gin for Corrie.

“We know Hilda liked a port and lemon in the Rovers but we’re sure if it was around back then she’d have ordered a Wonky Duck and tonic, the hints of honey and warm currants would be right up her street.”

ITV director of merchandising William Van Rest said: “We know how much the UK loves a G&T and we’re excited to be able to join the unique gin market with ‘Wonky Duck’.

“A gin collector’s dream and the perfect Christmas present, we can’t wait to see our beautiful blue bottles on the shelf.”