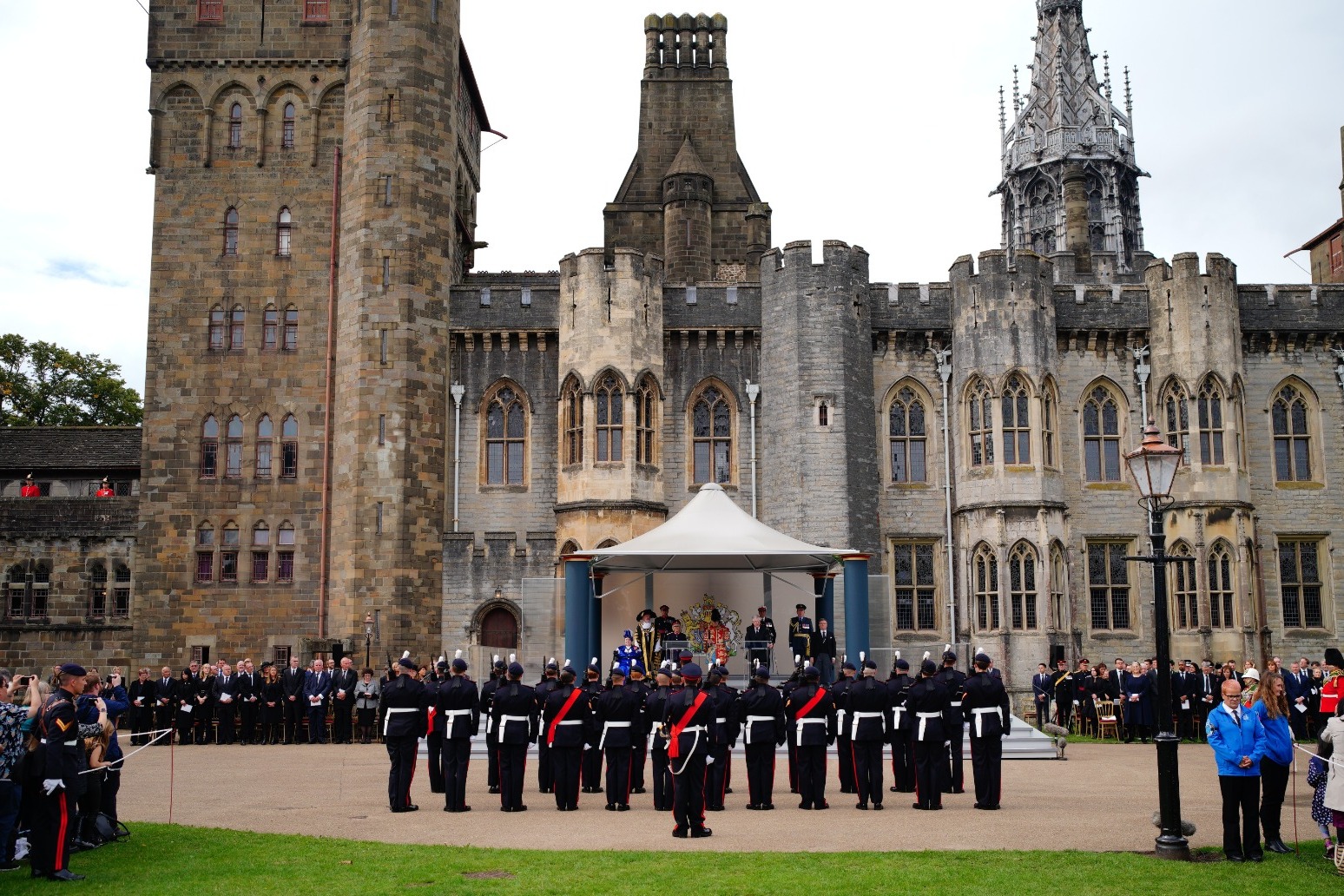 Thousands of people have gathered at Cardiff Castle to hear Charles be proclaimed King in Wales.

More than 2,000 people have been allowed inside the grounds since the gates opened at 10am.

Hundreds more lined the streets outside the castle walls, including two protesters holding signs reading: “Not our king!”

The former Prince of Wales ascended to the throne following the death of his mother, Queen Elizabeth II, on Thursday.

He was then formally proclaimed King at a historic ceremony in St James’s Palace in London following a meeting of the Accession Council during which he swore an oath to privy counsellors.

Proclamations will take place across the UK on Sunday, including Wales, at about midday.

Prior to the Proclamation, 26 men of the 3rd Battalion the Royal Welsh – supported by the Band of the Royal Welsh – were marching from City Hall at 11.25am along the Boulevard de Nantes, North Road and Duke Street to the castle.

Inside the castle, the Wales Herald of Arms Extraordinary, Tom Lloyd, will make the Proclamation in English and the Lord-Lieutenant of South Glamorgan, Morfudd Meredith, will proclaim King Charles in Welsh.

After the readings, members of 104th Regiment of the Royal Artillery will fire a 21-gun salute before the singing of God Save The King and Hen Wlad Fy Nhadau, Wales’s national anthem.

It will be the third time in three days that artillery fire has resounded across the Welsh capital to mark both the Queen’s death and the accession of her son to the throne.

Flags on the castle and council buildings, which had been flying at half-mast, were returned to full-mast on Saturday, to coincide with the Reading of the Principal Proclamation of the new monarch in London.

Flags will return to half-mast at 1pm on Sunday after the Proclamation is read in Cardiff.

The Senedd will also be recalled at 3pm to allow members to pay tribute to the Queen.

All other business has been suspended until after the state funeral on Monday September 19.