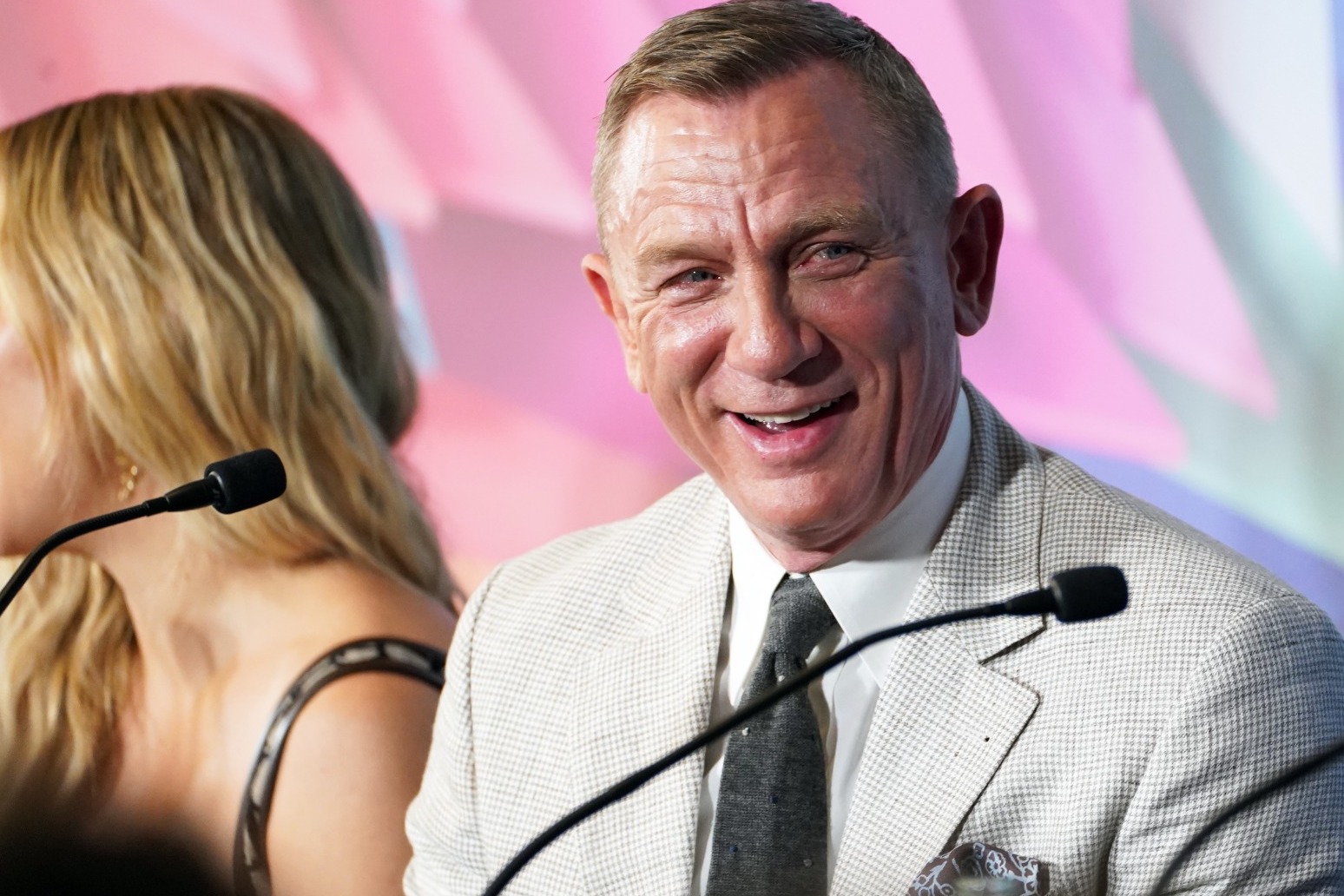 Daniel Craig has said he “couldn’t be prouder” that actress Dame Angela Lansbury and composer Stephen Sondheim make a posthumous appearance in his latest film Glass Onion: A Knives Out Mystery.

Filmmaker Rian Johnson’s much-anticipated sequel to Knives Out closed the BFI London Film Festival with its European premiere on Sunday.

James Bond star Craig, 54, reprises his role as suave detective Benoit Blanc for the sequel, which sees his character travel to Greece to peel back the layers of a mystery involving a new cast of colourful suspects.

He told the PA news agency: “I just had so much fun on the first one and we got the chance to do it again, it was a no-brainer.”

The sequel will feature final on-screen appearances from Murder, She Wrote actress Dame Angela, who died on Tuesday, alongside Sondheim, who created musicals including Sweeney Todd and died in November last year.

Craig told PA: “Those wonderful, wonderful people played very small parts but really meaningful parts in our film, I couldn’t be prouder that it happened.”

Speaking about returning to playing a detective, he added: “I really liked the fact that he’s an enigma because ultimately, he’s there to solve the case, the less you know about him the better.

“Every movie I’ve ever made has been amazing so I’m very lucky, this is a wonderful, wonderful cast and we had a lot of fun making the movie and hopefully that’ll come across.”

Filmmaker Johnson, whose credits include Star Wars: The Last Jedi, confirmed the film will feature a tribute to Dame Angela and Sondheim.

He told PA: “We’re adjusting the credits… we’re going to add the dedication to them. They were, both of them, two heroes of mine and they have very small, little but fun cameos.

“But for me, just being able to meet both of them for 10 minutes and get to tell them what their work meant to me was a big big deal.”

Johnson explained how he loved murder mysteries, particularly from detective novelist Agatha Christie, as a child but wanted to create a film set in modern America.

He told PA: “I grew up loving murder mysteries, I grew up loving Agatha Christie’s books and the movies that were based on her books, like the old Death On The Nile and Evil Under The Sun and so for me, it’s really a comfort-food genre I’ve always loved.

“I didn’t want to so much put my own twist on it, I just wanted to do a really good version of it, but I wanted to do it set in America right now.

“That’s kind of the big innovation of these things for me, is just what would a whodunnit look like in today’s world and that element of it we have a lot of fun with.

“It’s not a message movie but definitely a big part of it is that it is unafraid to engage with the present moment and to say this is a murder mystery… but it’s not set in the past.

“The characters are going to be talking about things that we’re all talking about right now, but hopefully in a way that is all focused on delivering a really fun ride for the audience.

“Daniel and I, we’re like little kids when we get together to collaborate and I think it sets the tone for the whole cast and I hope it comes off the screen how much fun we’re having,” he added.

Speaking about working with director Johnson, Hudson told PA: “I think if you ever get an opportunity as an actor to work with Rian, it’s just a yes.

“No one is kinder, more generous, you feel absolutely 1000% safe.

“Every part of working with him feels good. And the whole cast, everybody was so much fun, we got so lucky.

“I think it’s also Rian’s charm. Rian knows how to cast a good time too… he knew we’d all have a great time together and then put that in Greece and forget it.”

The Almost Famous actress, 43, added that the film “brings people together”.

“We need films that bring us all into the collective experience, that people can go into and feel the energy of laughter and excitement,” she said.

Knives Out, which co-starred Chris Evans, Ana De Armas and Christopher Plummer, also had its European premiere at the London Film Festival in 2019.

Glass Onion: A Knives Out Mystery comes to UK cinemas on November 23 ahead of its Netflix release in December.