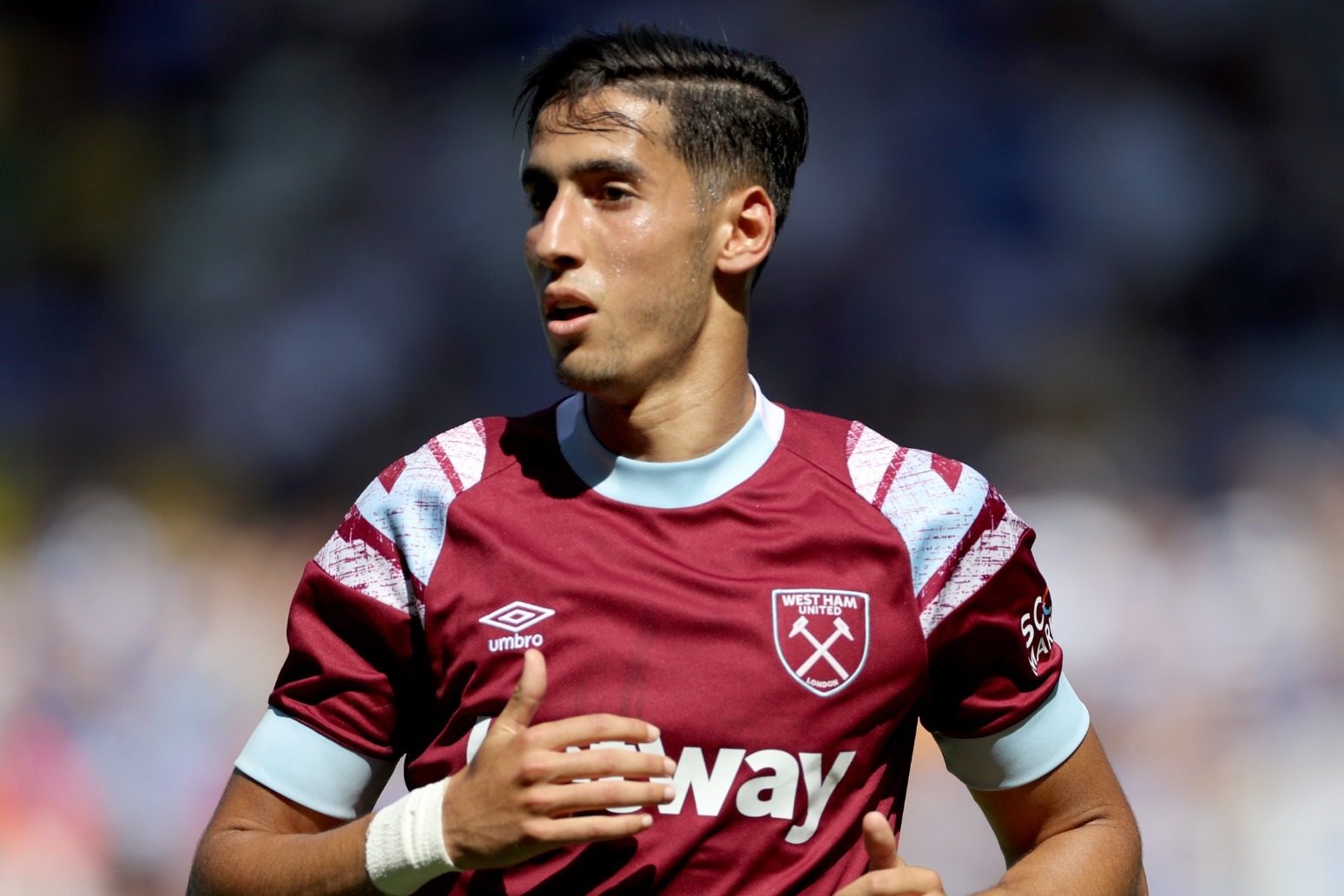 The Morocco defender was David Moyes’ first big-money recruit when he arrived in June from Rennes, but he promptly suffered an ankle injury in a pre-season friendly which required surgery.

There were fears Aguerd could even miss the World Cup, but the 26-year-old is ahead of schedule and now finally in line for his first competitive appearance.

“He’s not in contention for Manchester United on Sunday, but we’re hoping to have him in the squad (on Thursday),” Hammers manager Moyes said.

“I want to give him time. He’s a good reader of the game – he’s quick and he’s good in the air. But because he’s not played any Premier League games, it’s difficult for us to give an overall judgement.

“I don’t think he’s ready for the Premier League games, but we’ll see for the European games.

“He’s keen, well liked in the group. We think he’s a really stylish footballer and we hope he can help us going forward. He’ll go to play for Morocco at the World Cup.

“I have had contact with one of the scouts who I think is quite keen to come out and see him before the World Cup.

“And I’m hoping when he returns from the World Cup, he will be much more ready and we will have to start to get him ready for the Premier League.”

The Silkeborg match looks like the perfect run-out for Aguerd with West Ham already through to the knockout stages.

Last year’s Europa League semi-finalists need just a point from one of their final two group matches to ensure they top Group B and move straight through to the last 16, without the need for a play-off in February.

Defender Ben Johnson said: “Every competition we’re in, we look to win it. We’re looking to compete with European clubs and they do a few things differently. It’s great to be in these competitions and it gives the club, on the whole, a boost.

“When you think about our campaign last season, it’s a bit bitter-sweet. But it’s given us experience of how to deal with a European campaign and how to relate that back to a Premier League campaign.”