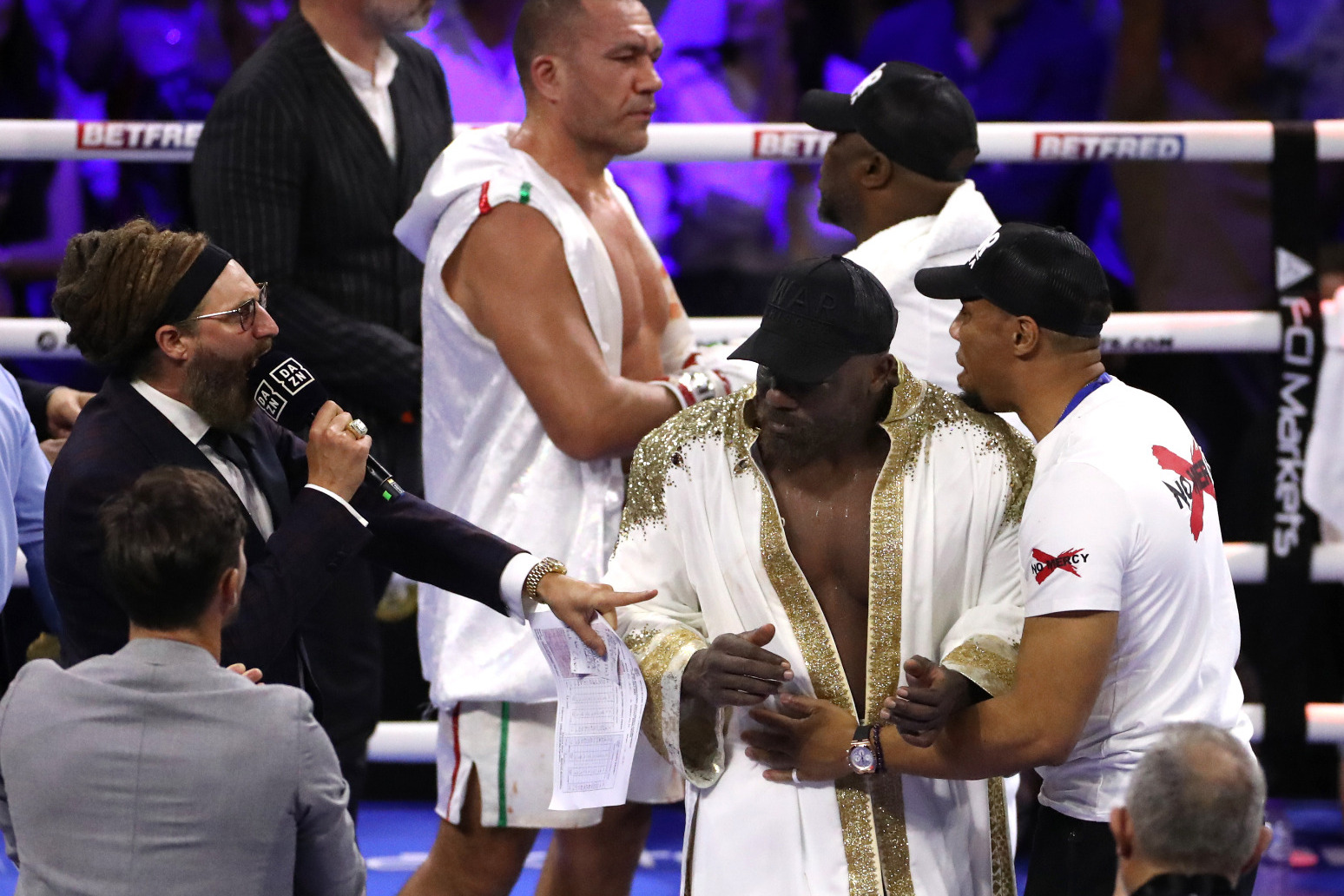 The bout took place at the O2 Arena in London

Derek Chisora halted his run of three straight defeats to beat Kubrat Pulev by a split decision and silence his doubters at the O2 Arena in London.

Two veterans of the sport did battle for a second time, having fought in Hamburg back in 2016, amidst talk of what they had left to achieve in boxing.

Pulev had won the first meeting by a split decision but was second best for much of the 12 rounds, with Chisora connecting a number of times with his right to make his 45th professional fight one to remember back in the capital.

The combined age of the duo was 79 but Chisora had faced Oleksandr Usyk in 2020 while Pulev was knocked out by Anthony Joshua at the end of the same year to show their desire to still go toe-to-toe with the best in the business.

It was a welcome return to London for ‘Del Boy’ after bouts with Joseph Parker in Manchester and the former Finchley amateur boasted a strong record of six wins from seven at the O2 Arena.

After he walked out dripping in gold glitter to Elvis Presley’s ‘You are always on my mind’ and accepted the acclaim of the home crowd, Chisora set about working on Pulev’s body with several early shots landing during the opening round.

Referee Marcus McDonnell had to warn both about grappling after barely a minute and moved quickly to avoid a big right from the British boxer in the second round.

Pulev, who had only ever lost to Wladimir Klitschko and Joshua, started to earn more success in the third before Chisora was able to connect with his black gloves with a right over the top

The 38-year-old produced his best moment in the sixth when a succession of left jabs caught the Bulgarian in the face and were followed up with a hefty body shot.

McDonnell had warned Pulev about rabbit punching at the end of the same round and buoyed by a near-enough full O2 Arena, Chisora set about ending his losing streak in the seventh.

A right hook left its mark on his fellow veteran, who had blood streaming from his left eye and was only saved by the bell, but the tables quickly turned.

Pulev came out with better intent for the eighth and had Chisora wobbling with a sweetly struck right uppercut.

On the ropes, Chisora came out swinging and with both realising retirement potentially lay in wait for the loser, a thrilling ninth occurred.

Chisora lived up to his “War” moniker by launching two venomous right punches before a flurry of lefts saw Pulev firmly on the back foot.

Blood was coming from Pulev’s right eye now but the 10th concluded with the older boxer landing a punch after the bell, which saw the Londoner respond in kind.

Tiredness seemed to set in during the penultimate round but Chisora made sure of the 33rd victory of his 15-year professional career with a beautiful straight right early in the final round and a brilliant combination to the body that was enough to earn victory via two of the judges’ scores.