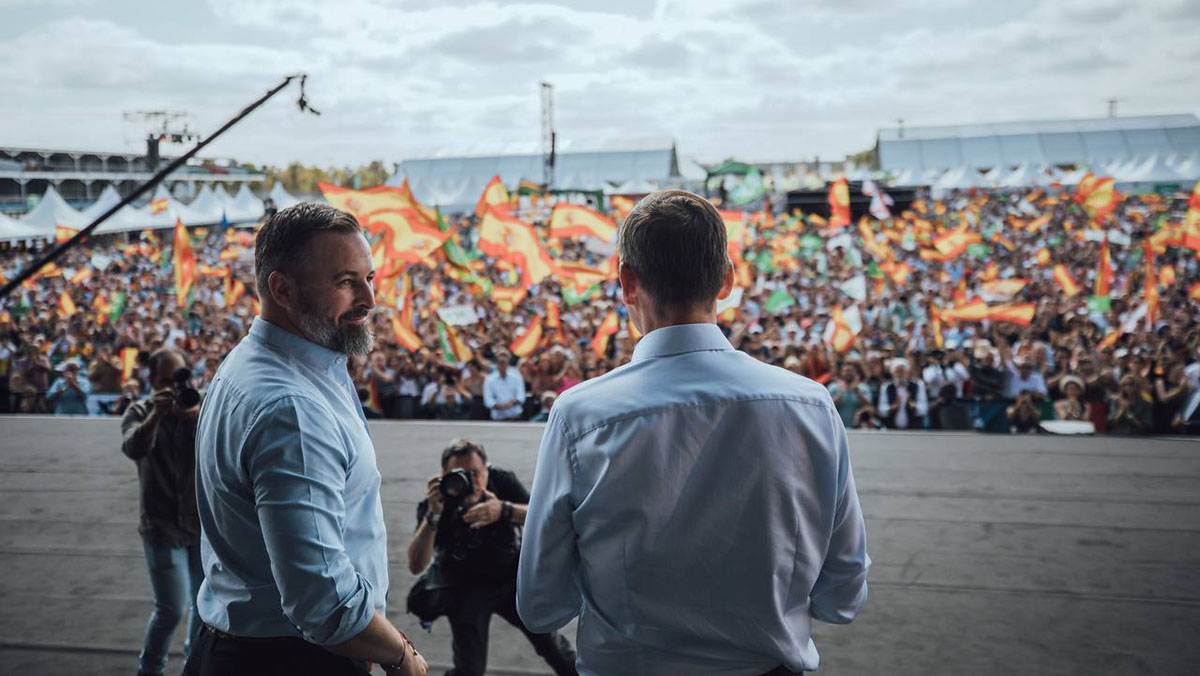 Former president of the United States – Donald Trump – has offered his support to the far-right party Vox after making an appearance via video-link at a rally for the party in Madrid.

Italy’s Giorgia Meloni and Hungary’s Viktor Orban also appeared in a video offering their support to the party. In the 40-second clip – which was recorded by Trump on a plane – he said the political movement was doing a “great job”.

During a speech by the partly leader, Santiago Abascal said that sexist comments made by students were “nonsense”, and ones made by immature teenagers.