Donation initiative expands to help more than 50000 across Scotland 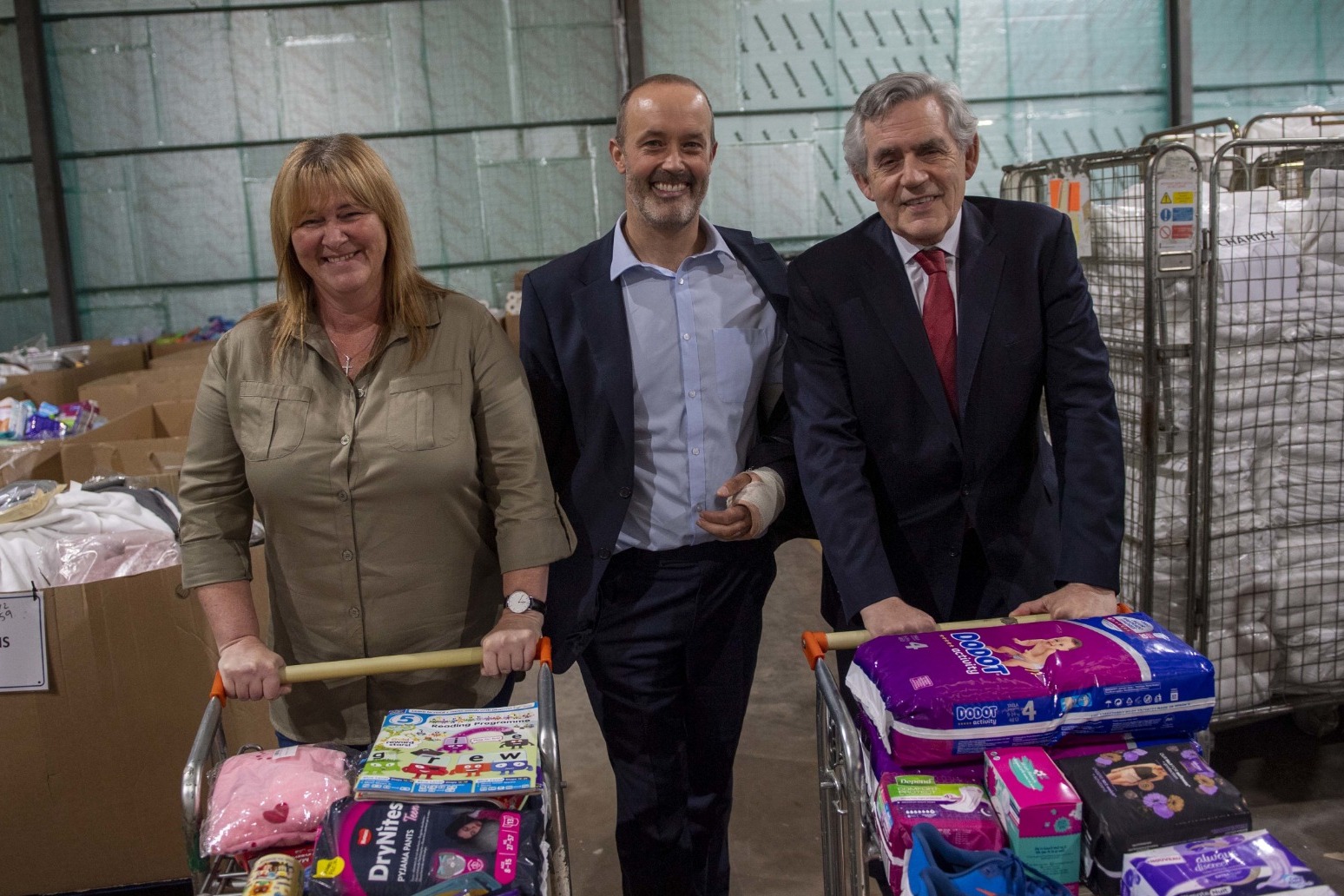 More than 50,000 families will be supported by the end of the year, Amazon said on Wednesday, as the initiative set up by the retail giant with The Cottage Family Centre expands beyond Fife to help people in Falkirk, Edinburgh, and the Lothians.

Mr Brown, who represented Kirkcaldy and Cowdenbeath until 2015 and is the patron of the centre, said that “families who are now facing the most difficult of times need the greatest possible support, and in just 30 weeks nearly one-quarter of a million goods has already been given to 33,000 families, thanks to Amazon’s help and the support of their employees in Fife who voted for this project last winter”.

“The project works because the companies have the goods and we know the people who need them, with 60 charities, food banks, 150 schools and health centres and social work teams all working with churches, rotaries and Chambers of Commerce in a Fife-wide effort,” the former prime minister said.

“It started with Amazon and The Cottage Family Centre, and is now ready to make its next move into Edinburgh the Lothians and central Scotland.

“What Fife is achieving today, the rest of the country can achieve tomorrow.”

The project was launched in January this year, and has so far provided more than 200,000 essential products to 33,000 families in Fife, and will now expand to include an extra 500 charities.

Pauline Buchan, head of The Cottage Family Centre, said the “rate in which the project has grown to be able to meet the needs of so many children, young people and their families to date has been nothing short of astounding”.

“As well as supporting families, it has also brought together and developed relationships with charities, organisations, practitioners, individuals and other sectors whose paths may never had had the opportunity to cross, allowing this project to become what is an outstanding example of what can be achieved for families and our communities if we all work together with purpose and shared values,” she said.

John Boumphrey, UK country manager at Amazon, said the company was “proud to work with The Cottage Family Centre and an ever-expanding coalition of charities and other partners”, and that it was a “model that works and can scale”.

“We started in January with a goal of helping 13,000 families and we’re now on track to help more than 50,000 by the end of this year, thanks to the outstanding support from charities and other businesses who are providing donations,” he said.