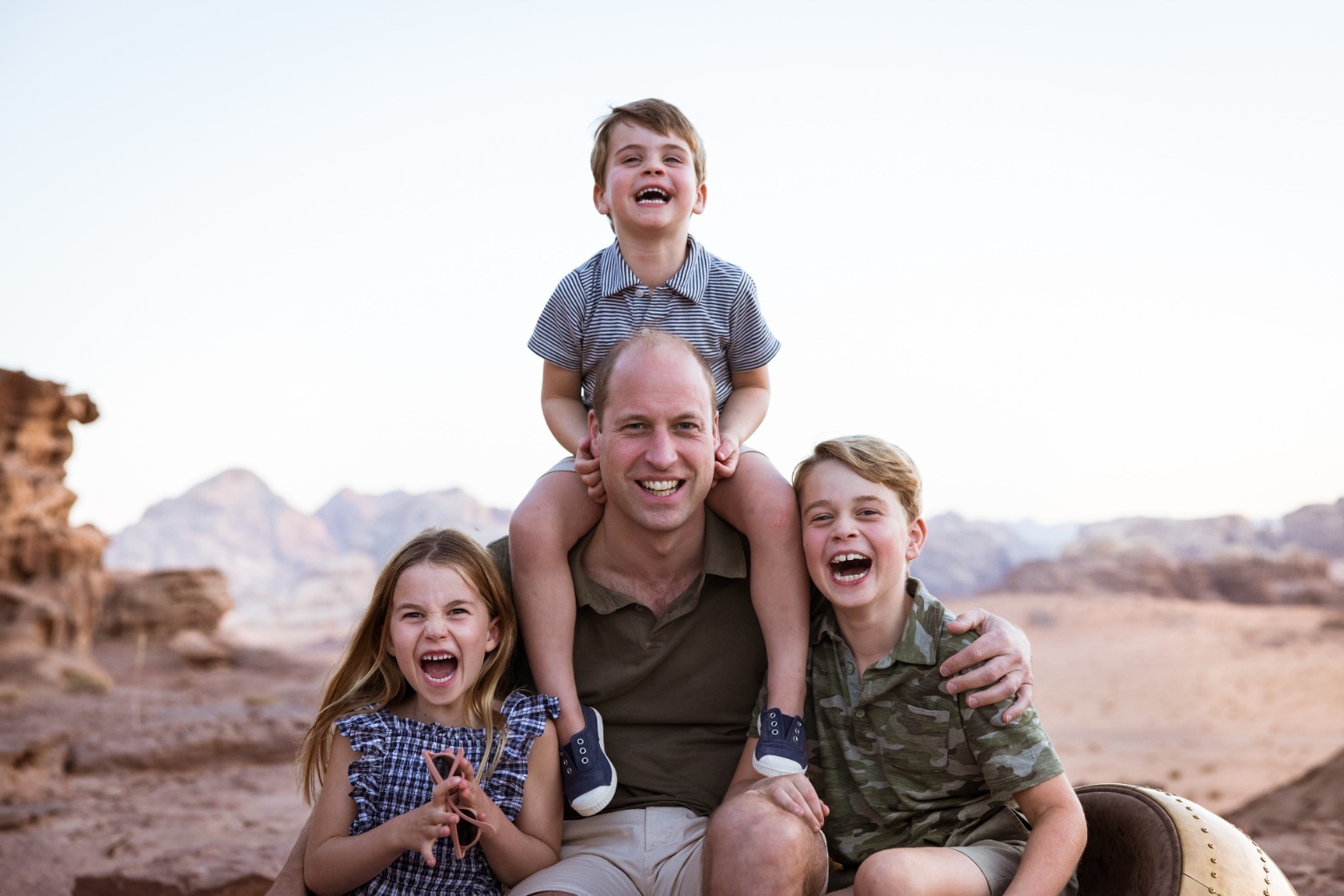 Prince William is pictured with Prince George and Princess Charlotte, as Prince Louis sits on his shoulders

The Duke of Cambridge has released a heart-warming Father’s Day photograph of him laughing with his children during a family holiday.

William is pictured with his arms around Prince George, eight, and Princess Charlotte, seven, while four-year-old Prince Louis sits on his shoulders.

Kensington Palace said the photograph was taken in Jordan in autumn 2021, and they are pictured with a rocky, sand-coloured backdrop.

William is smiling widely while the children have cheeky open-mouthed grins.

The duke and his eldest son are wearing casual, khaki-coloured outfits, and the younger children are dressed in navy and white tops.

Kate and William’s children appear in high spirits, similar to Prince Louis’ mischievous antics at the Platinum Jubilee Pageant, which won the hearts of the nation.

Louis pulled faces as he sat on the laps of members of his family to watch the show.

He let out a howl and clapped his hands over his ears on the Buckingham Palace balcony on Thursday during the RAF flypast, as his “Gan Gan” the Queen sweetly told him what was happening.

The Cambridges also used a photograph from Jordan for their official Christmas 2021 card.

The image showed William sitting on a gold pouffe next to Kate, with the two eldest children sitting next to them, while Louis sat on what appeared to be a sheepskin rug at his mother’s feet.